Alibaba Appoints PAG’s Weijian Shan As Independent Director to Board 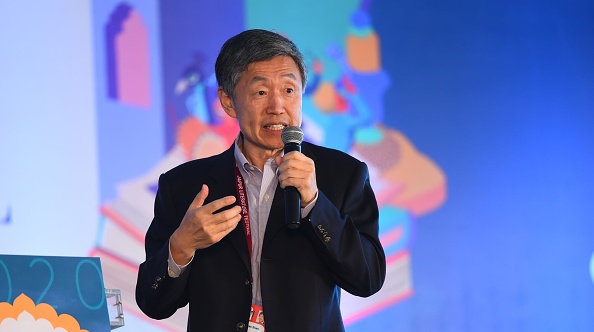 Alibaba Group has appointed Weijian Shan, executive chairman of investment group PAG, as an independent director to its board.

The e-commerce giant will draw upon Shan’s experience spanning the business worlds of both China and the U.S., as an investor, banker and academic.

“I believe Alibaba will benefit greatly from his deep knowledge across different industries and global perspective,” said Daniel Zhang, Chairman and Chief Executive Officer of Alibaba Group in a statement on Tuesday.

Between 1998 and 2010, he was a managing partner of investment firm Newbridge Capital (now known as TPG Asia) and a partner of one of the world’s largest private equity firms, TPG. He has led several landmark transactions, including the acquisitions of Korea First Bank and China’s Shenzhen Development Bank.

Prior to his career in private equity, Shan was a managing director of U.S. bank JP Morgan, where he was the chief representative for China between 1993 and 1998. In his youth, he was a farm laborer in China’s Gobi Desert.

Shan will join Alibaba’s board effective March 31 and he will serve on the board’s audit committee.

“I feel honored to be invited by the board to serve as an independent director. I look forward to contributing the little I know to help the company achieve its long-term goals,” said Shan.

Among his advisory roles, Shan is a member of the International Advisory Council at Hong Kong stock exchange’s operator. He also served as an independent director of Singapore-listed Wilmar International between 2018 and 2021.

“Weijian is a trusted leader in the global financial industry who has been an active facilitator for greater understanding between Asia and the rest of the world throughout his extraordinary career,” said Zhang.

Born the son of a Chinese customs administration official in 1953, Shan grew up in a one-room home in Beijing. Today he is one of the most respected investors in China.

Through hard work and sheer grit, Shan managed to improve his position despite many setbacks and learnt English from a dictionary and huddled over a radio listening to Voice of America. He received no formal secondary education.

He was an assistant professor of management at the Wharton School of the University of Pennsylvania between 1987 and 1993. Shan also worked at the World Bank in 1987 as a member of its Young Professionals Program.

“His breadth of experience and depth of understanding are extraordinary…  Alibaba is highly fortunate to now have Shan on its board,” said Joseph Ferrigno, a private equity and credit veteran in Asia and Founding President of the Wharton Club of Hong Kong.

Shan is an author and occasional commentator. His books include “Money Games: The Inside Story of How American Dealmakers Saved Korea’s Most Iconic Bank” (Wiley, 2020) and “Out of the Gobi: My Story of China and America” (Wiley, 2019).

“I have been deeply impressed with the growth and achievements of Alibaba, and with how it has positively changed lives of so many consumers and businesses in China and elsewhere,” said Shan.

Börje Ekholm, President and Chief Executive Officer of Ericsson, will retire from the company’s board at the end of this month.

“I have decided to step down from the board to devote more time to Ericsson’s business,” said Ekholm.

Ekholm has served as an independent director on Alibaba’s board since June 2015.

“Alibaba is an incredible company and I continue to believe in its future. I wish Daniel and the leadership team every success as it remains focused on creating long-term value for its stakeholders,” said Ekholm.