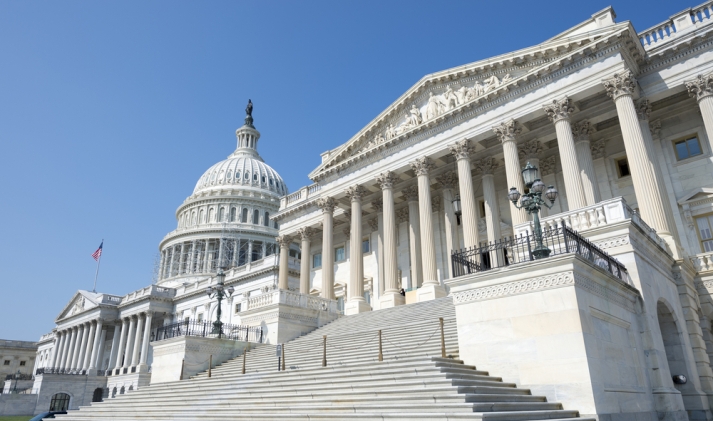 The new hires—government relations and policy veterans with extensive public and private sector experience—are part of a build-up of Alibaba’s corporate operations in the West following the company’s record $25 billion IPO on the New York Stock Exchange in 2014. As it expands its e-commercebusinesses overseas, Alibaba wants to speak with a consistent voice on government policies that affect international e-commerce, trade, technology and issues relating to China, Pelletier said.

To learn more about Alibaba’s government affairs efforts, Alizila last week held a roundtable discussion with Pelletier, Lee, Anaya and Davis. Here’s what they had to say:

Why does Alibaba see the need for a full-time government affairs office in D.C.?

Eric Pelletier: While it is headquartered in China, Alibaba is becoming an international company. It’s important for Alibaba to have a government relations team in the U.S., Europe and elsewhere so we can help explain Alibaba to the rest of the world, and so we can participate in discussions that impact our customers, whether that is arguing for open markets and transparent regulatory regimes, greater engagement with China, or progressive e-commerce and technology policies.

Malcolm Lee: I have spent much of my career working to open China to the world, to increase exports to China and improve IP protection, and to shift China’s economy from state-directed to market-driven, from manufacturing to services, and from exports to consumption. China’s economic transition has begun. It’s not easy, but the health of the global economy rests in no small part on its success. Alibaba is a driver of that transition. So coming to Alibaba made a lot of sense to me.

When you look at the state of U.S.-China relations, what gives you pause and what do you find encouraging?

Malcolm: From climate change, to global growth, to forging norms of conduct in cyberspace, the world’s greatest challenges will not be met unless the United States and China find ways to work together. The United States and China are stepping up to lead on climate change. That is huge. They need to work harder on fair and open global trade, and to build trust and confidence on cyber. What do I worry about? Accident and miscalculation. Retreating behind walls. There is no turning back. We must cooperate where we can and engage more effectively where we do not. Our hope is Alibaba can be a bridge for our customers and business partners linking the world to China, and China to the world.

Eric: I would add that it’s important for both sides to continue to do more listening to each other, and that’s another reason for Alibaba to have a GR team in Washington. We are a credible voice for cross-border engagement with China. We’re also a good way to help both the U.S. government and the Chinese government to better understand each other. Through greater interaction and commercialization of that relationship, there will be deeper ties.

Bill, what are the crucial issues in the U.S. now that impact Alibaba? On what issues does the company want to be heard?

Bill Anaya:Public policy issues related to e-commerce, internet technology, and intellectual property will be important to Alibaba and our stakeholders. And, as Eric and Malcolm mentioned, cross-border trade and the relationship between the United States and China will also be figuring into these discussions.

Emily, can you talk about the groups and constituencies you will be working with?

Emily Davis: Working with our customers and their representative organizations to communicate the local impact of Alibaba to their elected officials is the mission.We cannot just explain our story to elected officials and expect them to just agree with us.We have to earn it by demonstrating Alibaba’s value and opportunity for U.S. businesses and consumers.

Malcolm already addressed this, but will each of you tell us why you decided to join Alibaba?

Bill:There is no company or ecosystem on the planet like Alibaba. The company helps the small to compete with the big, helps connect economies, enables access to markets and products and services that would otherwise pass entire communities by.Emily and I grew up in Detroit, which was hard hit by the global economic downturn. With this perspective, it’s easy to be enthusiastic about the meaningful role Alibaba plays in solving challenges for businesses and entrepreneurs.

Anyone else want to weigh in?

Emily: The mission of the company, making it easy to do business anywhere, resonates on a very personal level with me. I am one of the first people in my family to go to college but grew up in a family of entrepreneurs and people who sort of got things together to make small businesses to help our family survive. So the idea of this company would have been very helpful to my parents and grandparents. I’ve seen how opportunity and development can change lives, both in a family and a community and in a country. Making a contribution to this company and to improve people’s lives, that was an opportunity I could not pass up.

Malcolm: I’m sixth-generation Chinese American. My father was born in his family’s Chinese laundry in New Haven. He served in the South Pacific during WW II, went to college on the GI Bill, thenspent his entire career working for a U.S. pharmaceutical company. His last assignment, his last vision, in the mid-80s was to bring infant formula to China. He brought an economic planning vice minister named Zhu Rongji to their plant in Vermont, then went around the Chinese countryside looking for places whereChina could raise cows. He retired and never really saw that vision come to fruition.

As you can see today, the Chinese middle class is over 300 million and growing—and they are ready, they want good quality infant formula, food, clothing, all kinds of things. They want to watch American movies, they’re willing to pay for it, and Alibaba is bringing these things to China, to Asia, and beyond. What Alibaba has done to facilitate e-commerce in China, from bridging the online-payments trust issue to stepping forward to finance small businesses and entrepreneurs, is one of the most innovative, game-changing stories I’ve ever heard. And it came from one guy with an idea, Jack Ma, who persuaded a bunch of his friends that they could achieve the unthinkable. This is the right time for this company and I am excited to be part of it.

Before joining Alibaba, Malcolm Lee was a non-resident senior fellow in the John L. Thornton China Center at the Brookings Institution. He previously served at the White House as senior director for intellectual property enforcement coordination, and at the Commerce Department leading policy and strategic planning, including U.S.-China engagement. Under President Clinton, he was special assistant to the President for international trade and economic policy in the National Economic Council and National Security Council, helping negotiate China’s entry into the WTO, and served as deputy assistant secretary and U.S. coordinator for international telecommunications and information policy at the State Department. In the private sector,Lee led global trade and China policy, strategy and corporate affairs for Microsoft, and Asia government relations and global trade policy for Cisco Systems.

Bill Anaya has spent 20 years representing global companies in Washington, D.C., most recently as counsel at Alston & Bird where he also led the firm’s Government Ethics and Compliance Practice. Anaya was vice president of global government affairs with Motorola, worked in government relations for Ford, was a technology policy advisor on the U.S. House of Representatives Committee on Energy and Commerce, and served in the White House in the office of the Chief of Staff.

Prior to joining Alibaba, Emily Davis worked as a development manager for the Hudson Institute, on the government affairs and policy team at General Electric and at The Heritage Foundation. Before coming to Washington, Emily spent six years teaching elementary school on the island of Guam.