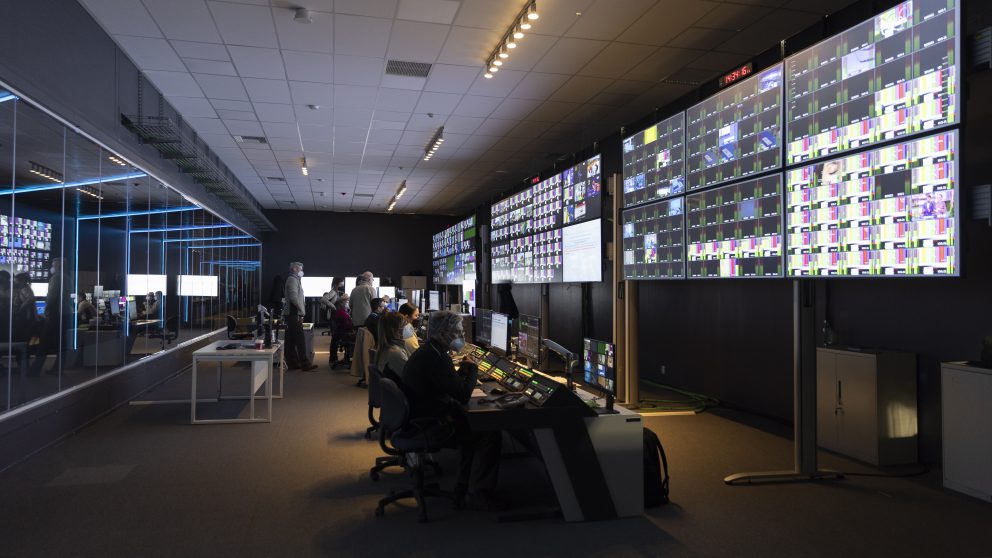 Alibaba Group said on Tuesday that cloud technology has made the Olympics Winter Games Beijing 2022 more efficient and sustainable while helping the host city Beijing manage the cost of staging the Olympic Games.

The International Olympic Committee (IOC) has teamed up with the Beijing Organizing Committee for the 2022 Olympic and Paralympic Winter Games (BOCOG) and Alibaba Cloud, Alibaba Group’s cloud computing arm, to move core operations of the Games to the cloud ranging from communications to content delivery and production.

This allows the host city Beijing to reduce the money spent on hardware and shrink the carbon footprint of the Games’ operations.

“Cloud-based technology…helps us to honor our ambition to ensure the Olympic Games are at the forefront of sustainability,” said Ilario Corna, Chief Information Technology Officer of the IOC, in a statement.

Traditionally, the host city has to build extensive IT infrastructure, such as on-premise data centers or dedicated networks.

For Beijing 2020, the IOC and BOCOG moved the core services for planning and managing the Games on the cloud powered by real-time intelligence.

To ease communication and interaction between participants within and outside the bubble, Alibaba launched a cloud-based real-time communications platform that allows people in multiple locations to interact using life-sized 3D projections.

As part of its commitment to tackle climate change, the IOC has pledged to reduce carbon emissions by 30% by 2024 and 50% by 2030. The biggest contributor to the Olympic Games carbon footprint is travel, said Michelle Lemaitre, the IOC’s Head of Sustainability, in a previous interview with Alizila.

To reduce its footprint and to make the Games more accessible to broadcasters around the world, Beijing 2022 also expanded the use of Alibaba’s cloud-based content delivery platform, pioneered in Tokyo 2020. Over 20 broadcasters have signed up to receive the real-time feeds.

For Beijing 2022, there are nearly 40% fewer Rights-Holding Broadcasters personnel on-site in Beijing compared to the Olympic Winter Games PyeongChang 2018.

Beijing 2022 will also be the first time that broadcasters can edit the content on the cloud remotely and create timely clips from the live sessions in real-time, enabling broadcasters to manage large volumes of event content and adapt content for social media.

There will be over 6,000 hours of content created at Beijing 2022, including 900 hours of live sports and ceremony coverage, and an additional 1,200 hours of unseen competition footage.

About 670 million global online users tuned into digital broadcast coverage for the Pyeongchang 2018 Winter Olympic Games, 120% more than Sochi 2014. As of Feb. 11, there were two billion engagements across all Olympics social media handles.

The Olympic Broadcasting Services (OBS) also partners with Alibaba to use cloud technology to deliver replays to viewers around the world in mere seconds.

Through a multi-camera replay system, live footage of the Games are gathered at the edge of a network for real-time processing and editing, before the chosen moments are shared as replays through feeds. Viewers can then have an up-close look at the action from various angles for a more immersive viewing experience.

Alibaba rolled out a virtual influencer called Dong Dong capable of answering event questions in real-time. With lifelike facial expressions and gestures, this avatar can engage in conversations with people in a natural way, with her scripts entirely generated by cloud technologies.

Livestreaming led by the virtual influencer has been viewed by more than 2 million viewers, from Feb. 4 to 20, and has gathered a fan base of more than 100,000 people, according to data from Alibaba.

“The Olympic Winter Games Beijing 2022 will be remembered…for the new benchmarks it had set for driving a more efficient, sustainable and inclusive Olympic Games,” said Jeff Zhang, President of Alibaba Cloud Intelligence.