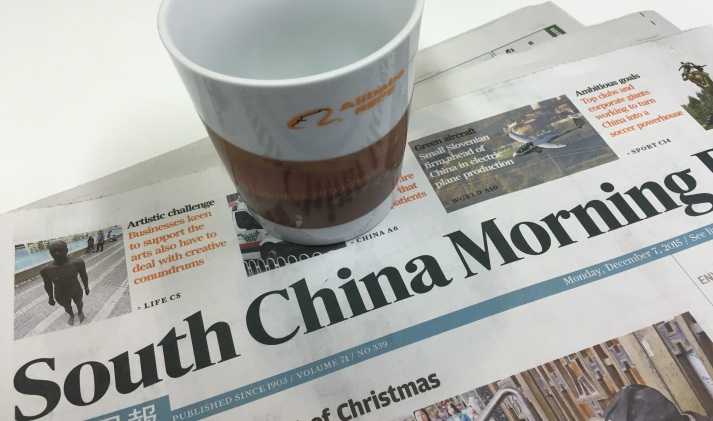 Alibaba Group today completed its acquisition of the 113-year-old South China Morning Post, and publishers of the Hong Kong newspaper quickly eliminated the paper’s digital-content paywall, keeping a promise made when the deal was announced.

Starting today at 6 p.m., the SCMP’s online and mobile editions will offer free access to its content, a move that marks the beginning of Alibaba Group’s push to raise the English-language paper’s reach with international audiences as Alibaba builds out what it calls its e-commerce media ecosystem.

The SCMP also said it launched an upgraded mobile app with new features including search, personalization, faster loading time, deep linking from social media and easy navigation. While content on SCMP’s digital platforms is now free to read, print and PDFversions of the daily will continue to be subscription-based.

Alibaba, the world’s largest online and mobile commerce company, announced in December an agreement to buy the paper and related assets from SCMP Group for an undisclosed amount.

At the time, Alibaba Group Executive Vice Chairman Joe Tsai called the deal “the perfect opportunity to marry our technology with the deep heritage of the SCMP to create a vision of news for the digital age.” Like many newspapers and magazines around the world, the SCMP has struggled to make a profitable transition from print to digital distribution as readers and advertisers increasingly turn their attention to the internet.

Tsai said in a letter to SCMP readers that Alibaba wants to make the SCMP’s China coverage widely available online and that taking down the paper’s paywall would be a first step.

SCMP Editor-in-Chief Tammy Tam said in a statement today that the move “paves the way for SCMP to grow its readership globally.”

“It is our firm belief that as China plays an increasingly critical role in world politics and the economy, a global community of China stakeholders will demand insightful and trusted news and commentaries from a within-the-region perspective,” Tam said.

Robin Hu, CEO of the South China Morning Post Publishers, said in a statement that “Alibaba Group’s vision of bringing together SCMP’s heritage and editorial strength together with its technological prowess offers an assuring roadmap for SCMP’s passage into the digital realm with enhanced clarity and boosted confidence.”

SCMP Group, which is listed on the Hong Kong Stock Exchange, will be renamed Armada Holdings Limited.