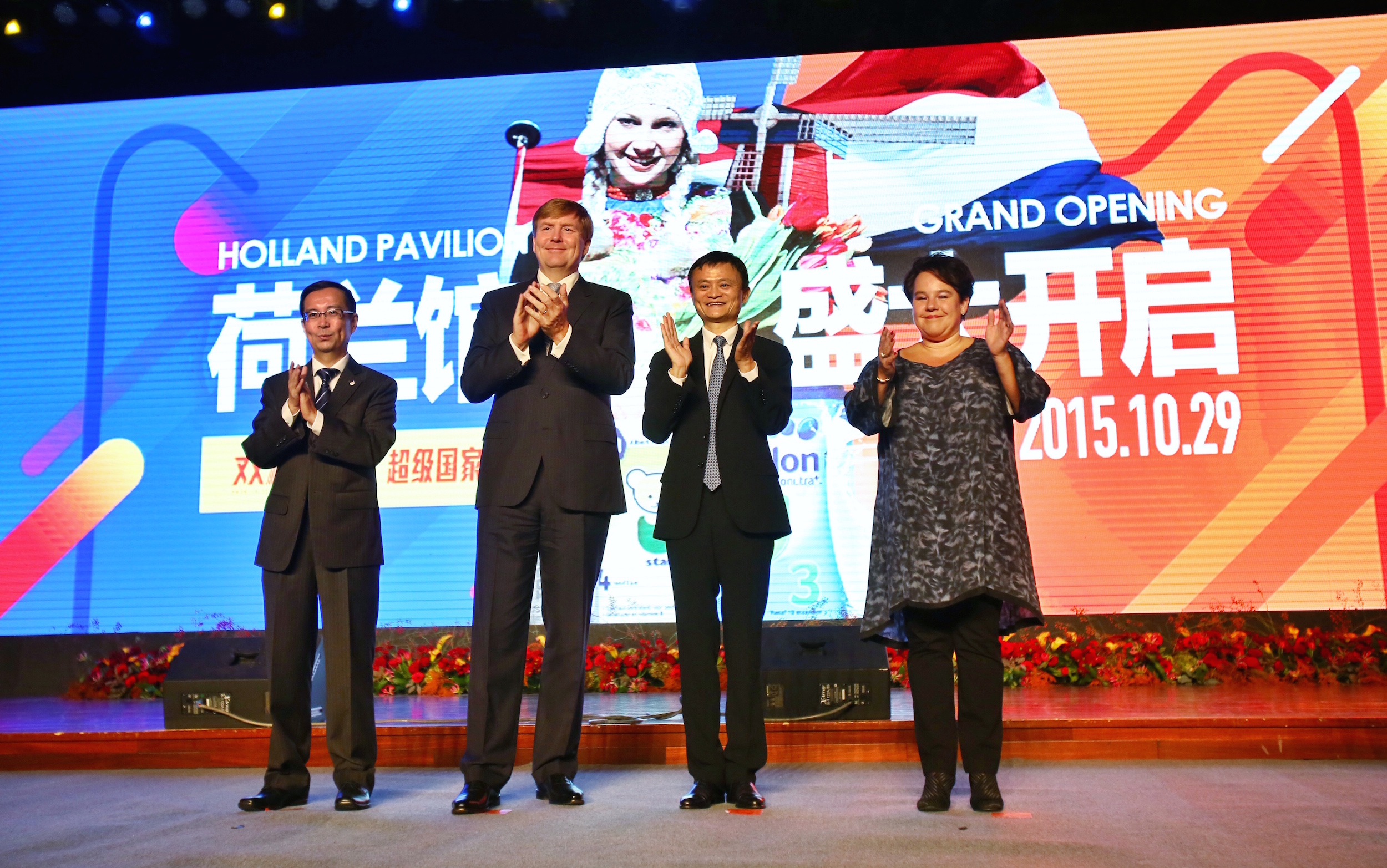 Continuing to lay the groundwork for international expansion of its e-commerce businesses by deepening ties with European countries, Alibaba Group today said it has established several partnerships and collaboration agreements with Dutch organizations including airline KLM and the Dutch Consulate.

Announced during a visit to Alibaba’s campus in Hangzhou, China, by a delegation of Dutch companies and government officials, the agreements included the launch of a Holland “pavilion” on Tmall Global, an Alibaba online marketplace that provides a streamlined sales and logistics channel for overseas companies to sell directly to Chinese consumers.

Alibaba, which is positioningitsshopping websitesas a cost-effective gateway to China for foreign brands and merchants, has in recent months established a number of online pavilions showcasing the products of countries such as the U.S., U.K., France and South Korea. Built in partnership with the Dutch Consulate, the Holland pavilion on Tmall Global will feature popular Dutch brands such as Nutrilon, Hero Baby, Philips and Friso, Alibaba said in a press release.

Meanwhile, Dutch supermarket chains Albert Heijn and Attent launched new flagship stores on Tmall Global, while Alibaba’s travel website, Alitrip, announced agreements with KLM and the Netherlands Board of Tourism & Conventions. The latter struck a deal with Alitrip to establish a destination page for Chinese travelers on the website and to “explore new ways of collaboration,” according to Alibaba. KLM agreed to launch an Alitrip.com flagship store selling airline tickets and other services to Chinese travelers.

The visiting Dutch delegation included Dutch King Willem-Alexander, who is touring the PRC as part of an official state visit. Alibaba Group Executive Chairman Jack Ma, who hosted the delegation with other Alibaba executives, said in a speech that “Holland is a nation that can make impossible possible … Alibaba is also a company that loves to take challenges, loves to innovate, and loves to try new things.”

“Many people said 16 years ago our dream was impossible, but we have made it a reality today,” Ma said. “Now we have over 120 million people shopping on our marketplaces each day, where they have access to products and fresh produce from far-away countries around the world such as Holland.”

Alibaba, which dominates China’s e-commerce market, has said that increasing the size of its global e-commerce operations is a key long-term strategy. The company has been beefing up its European ties, this month announcing the expansion of its London office and the establishment of a new office in Milan, with locations in Germany and France to follow. Ma was recently appointed as a business advisor to U.K. Prime Minister David Cameron.

Alibaba also plans to highlight international e-commerce and cross-border shopping during its upcoming 11.11 Global Shopping Festival, a massive 24-hour sale to be held Nov. 11. More than 80 Dutch brands currently offer products and services on Alibaba’s Tmall and Tmall Global marketplaces, and many will participate in Tmall’s 11.11 festival promotions, the company said.