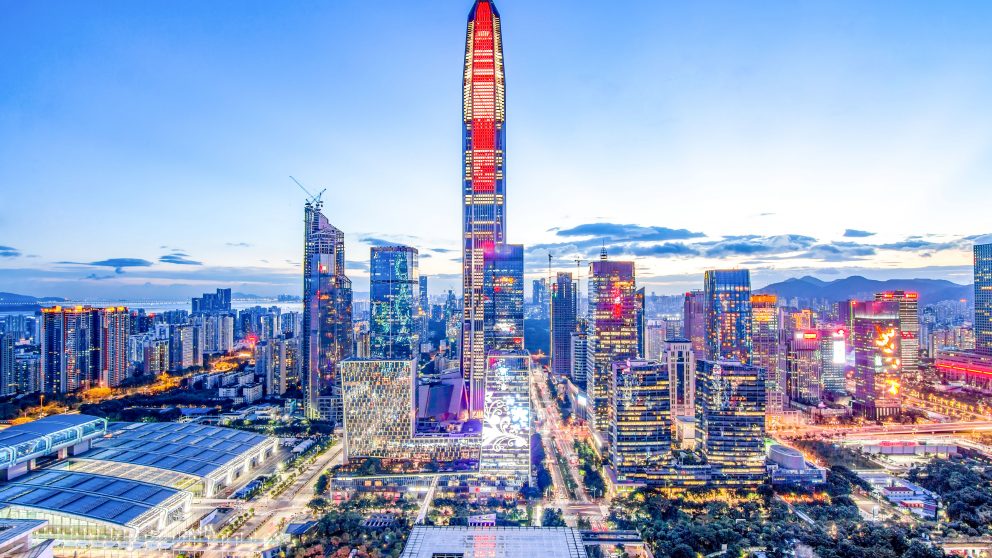 Shenzhen, a thriving city in the Greater Bay Area

Alibaba Hong Kong Entrepreneurs Fund is a not-for-profit initiative launched by Alibaba Group in 2015 to support entrepreneurs. Anchor investors are generally among the first to pledge a substantial capital commitment to a fund, and the early endorsement can help draw in others.

The new venture fund, dubbed the AEF Greater Bay Area Fund (GBA Fund), is targeting a final close before June 2022 and a funding package of HK$2 billion (around US$260 million), including capital commitments and credit facilities.

The GBA Fund will be Hong Kong’s first-ever venture fund formed by a private sector company that exclusively backs start-ups in the GBA metropolitan cluster.

Alibaba’s catalytic halo effect has helped attract other limited partners such as financial institutions, family offices and conglomerates. Anchor investors often act as a quality indicator to others who may not be familiar with the GBA area or new industry trends.

The GBA Fund will seek out and back start-ups based in the GBA or Hong Kong-based start-ups that plan to expand into the region. The GBA Fund will be particularly active in sustainability, deep tech, health tech, artificial intelligence and Industry 4.0 related projects.

As well as committing capital and financial support, the GBA Fund will help entrepreneurs draw upon support from the broader Alibaba ecosystem.

“We started AEF five years ago with the vision to invigorate the innovation and entrepreneurial spirit of Hong Kong,” said Joe Tsai, Vice Chairman of Alibaba Group

Start-ups with a short history of financial accounts often find it hard to secure loans from banks, so this fund is designed to smooth their access to credit to help fund their expansion across the GBA.

The GBA has a GDP of US$1.7 trillion and a market of over 80 million people, comparable to other megacities, including New York, San Francisco and Tokyo, according to research by the Hong Kong Trade Development Council (HKTDC).

First-time fund managers often struggle to secure capital. Funds with anchors are, on average, US$9 million larger than those without anchors at last close. Given the average fund size of $69 million at last close, this would represent a meaningful difference, according to a paper by Harvard Business School.

The AEF has already invested in more than 50 start-ups, deployed HK$600 million, and attracted over HK$13 billion of co-investment as of March 31.