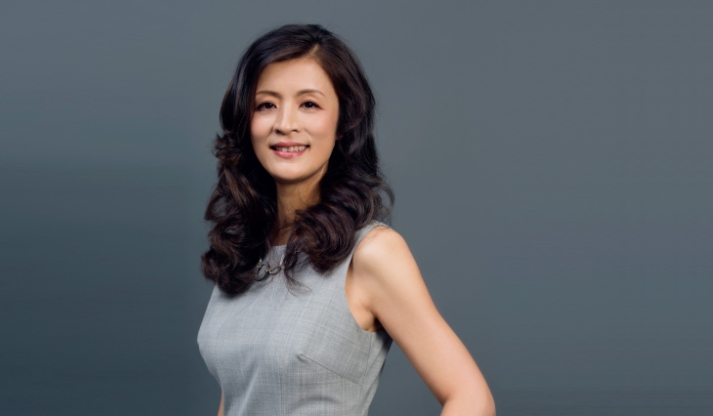 Tomark thejust-announced dealbetween Amblin Partners and Alibaba Pictures, Alizila interviewed Alibaba Pictures President Zhang Wei, a Harvard MBA and veteran of the China entertainment industry. Wei characterized this East-West partnership primarily as a creative endeavor based on common goals. “This is not just a financial investment,” she said. “Both companies have a shared vision of powerful storytelling to a global audience and believe this partnership will position us for long-term growth.” Read on for more.

Give us an overview of Alibaba Pictures. What does your business look like today?

We don’t think of ourselves as a traditional movie studio. When we took over a company called ChinaVision a couple of years ago, there were a number of things we did to define our business model and adjust our management structure to suit that business model. We recruited great people and built in the entrepreneurial culture and values that are so important to Alibaba’s success. In doing so, we tried to build a company with a lot more internet DNA in the way we do things.

Oftentimes in China it seemed the entertainment business was oriented around certain successful individuals. I always remember when we first got into this business something (Alibaba Group Executive Chairman) Jack (Ma) said: “We are doing this as an organization, rather than as a few individual people.” This is truly a team effort. We’ve established an organizational structure that can support our path going forward, and more importantly, that can re-establish Alibaba’s entrepreneurial culture and values in the entertainment business.

What is the relationship between Alibaba Pictures and Alibaba Group?

What are the main areas of operation for Alibaba Pictures?

We have four main areas we are focusing on.

Internet-based marketing and distribution is also a core business. We see ourselves as different from the traditional movie studio where a lot of marketing and distribution efforts are focused offline. By leveraging Alibaba Group’s e-commerce ecosystem, our platforms and mobile apps, we combine online and offline to reach our targeted audience. This includes the Taobao internet-ticketing function, now called Tao Piaopiao, which Alibaba Pictures acquired.

Another area we are focusing on is what we call entertainment e-commerce, which offers unique opportunities for merchandising great content and IP. We have a unique advantage because Alibaba Group, our major investor, has such great e-commerce platforms. In the US, aminority of movie revenue comes from box office. In China, majority of revenue comes from the box office. That’s why we are in a unique position to develop other revenue streams such as online distribution and merchandise.

The fourth area is globalization. From day one, we always aspired to be a movie studio that was not just producing local-language content for the Chinese audience only. We also aspire to become a studio that can produce content for a worldwide audience and help bring that content back to Chinese consumers. That’s why we have an office in L.A., to be close to Hollywood, which is the center of content creation around the world. This helps us build networks among filmmakers and learn from these great artists.

How did the partnership with Amblin Partners come about?

We want to find partners to create content together for a worldwide audience. We are also strong believers that every great movie starts with a great story. The ability to tell a story is so central to the success of a movie project that we really need to work with a mastermind. Steven Spielberg is definitely the best of the best.

We have been exploring this kind of strategic partnership in Hollywood for a while, and with Amblin Partners we immediately felt there was a match in terms of visions, the importance they put on the development of the China market, and the importance they placed on finding exactly the right partner for them. We started the conversation with them at the beginning of the year, and we really took our time to understand each other, as individuals and as companies.

The timing was perfect when we were introduced by a mutual friend, as they had just established Amblin Partners.

In your initial talks, was there something in particular that made you feel like, wow, we are really on the same page?

We met with a lot of people in Hollywood. There’s a lot of hot money from China floating around Hollywood right now, and we’ve had quite a few people approaching us wanting a partnership. Oftentimes people see us as a source of capital and as a way into China. These conversations are very direct—”we need x amount of funding”—so you get to commercial terms very quickly.

With Amblin Partners, neither of us talked so much about commercial terms for the first three months we were meeting each other. Instead, we were talking about what kind of company Alibaba Pictures is, what we believe in. We told them our story, about how we are a platform company and how the philosophy of benefitting others is so central to our business model, our culture and values. They really took their time to ask great questions to understand us, and vice versa.

This approach to me was refreshing and different. It was the belief in partnership that really brought us together, the sense that we had similar visions and beliefs rather than just resources the other side needs. This is not just a financial investment. Both companies have a shared vision of powerful storytelling to a global audience and believe this partnership will position us for long-term growth.

China restricts the number of foreign films that can be screened in the country annually. Do you think having Alibaba as an investor is a way around the quota?

I don’t think that’s the case. They recognize how important the China market is and they want to tell great stories to the Chinese audience as well as the worldwide audience. They need partners who understand China. Our partnership is not just getting a few extra Amblin Partners movies into China, it’s more about finding a way of bringing the best to the audience together.

Will films you work on together be primarily English language or Chinese language, or will there be a mix of both?

It has to be about what language makes sense to tell the story. We haven’t set our mind that it has to be one language or the other. It’ll be story driven.

What projects will you be working on initially?

We’re going to market and distribute “The BFG” (a fantasy adventure film based on the 1982 children’s novel by Roald Dahl), which is set for an Oct. 14 release in China. Going forward, we will help market and distribute movies produced by Amblin Partners, we will work on merchandising for their movies in China, and we have opportunities to invest in their movies. We also will co-produce content for the Chinese and worldwide audience.

Can you tell me any of the specifics of those projects?

We have a few ideas that we are developing together.We’ll tell you more when they are ready. Stay tuned.

How will Amblin Partners benefit from Alibaba’s ecosystem?

Alibaba Group can help with distribution of content. Alibaba owns the video streaming site Youku Tudou and runs an OTT (over the top) subscription content business called Tmall Box Office. We feel now we are more complete in the digital distribution of content thanks to Alibaba Group’s ecosystem. The China market is different from the U.S. market, we don’t really have the DVD market. We’ve migrated directly from theatrical to digital distribution. Digital distribution in the past was mostly an advertising-based model, but now we are seeing growth in the subscription model and the transactional (pay-per-view) model.

In a way we are in a unique position because users who come to our platforms are accustomed to paying for something. Micropayments—paying a few dollars to watch something—is easy because they already have their e-wallet in our ecosystem. So we see ourselves in a great position to drive additional revenue through our digital distribution platforms, instead of relying solely on the traditional advertising model. Our partnership with Amblin Partners is not limited to theatrical distribution of content, it includes digital distribution of content in China.

We can also leverage the consumer data and insights from the Alibaba Group ecosystem which will help us better create, market and distribute content.

Are you concerned that some, including members of U.S. government, are viewing the deals between Chinese companies and Hollywood negatively? That China will censor topics and exert propaganda controls over American media?

Nowadays the international box office is such an important part of studio revenue streams, a lot of the content is focused on universal themes and values rather than the values or aspects of any one culture. With our platform-oriented approach, we have a mentality that can bring value to people rather than take away value away from people. You don’t see us coming to buy up Hollywood, buying up lots of assets. In the case of Amblin Partners, we are taking a minority stake in the company, and our goal is to help the company become more successful,particularly in the China market, which we know very well.I think this is a very different approach. In fact, it’s about bringing those universal themes and values that are so well known in Hollywood and around the world to Chinese consumers.

How do you think the future is going to play out for Alibaba Pictures in the next couple of years? Are there particular areas of the business you expect to build out rapidly? Or areas you aren’t emphasizing?

We are taking a long-term view on this. The movie market has been growing rapidly in China, but the growth is becoming more rationalized. I think it’s a good thing to have healthy growth, and we are hoping to create a new entertainment ecosystem for the marketplace, and to use everything we’ve used in terms of technology and data so that businesses, including small businesses, that participate in the ecosystem can be successful. If we can do that, then our audience will be able to enjoy better content and better services. We think there’s room for players like that, using a different approach, to bring additional value to the table.