Alibaba Is Turning the Lowly QR Code Into a Fakes Fighter 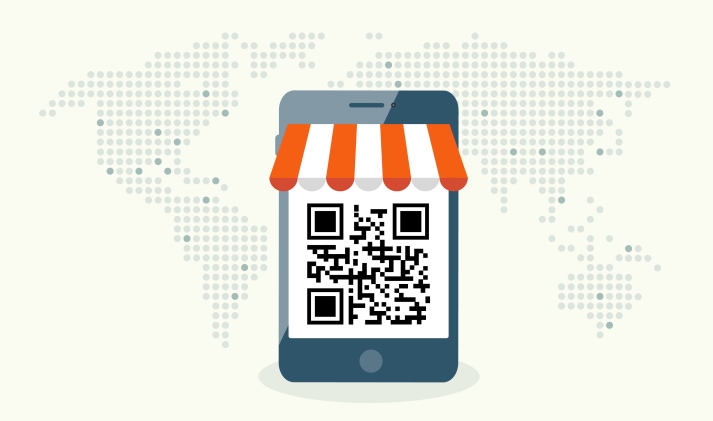 QR codes, those scannable high-tech hieroglyphs frequently seen on advertising signboards and product packaging, have been around for years without really finding a practicalapplication beyond promotional campaigns. Now, e-commerce giant Alibaba Group believes it has found a higher purpose for the lowly black-and-white squares: as a weapon in China’s war on counterfeit merchandise.

The company recently announced a drive calling for each and every item produced in a broad range of product categories to carry unique QR-code-based ID tags that link to an Alibaba-run database of detailed product information. Using the system, which Alibaba calls the Blue Stars program, consumers can scan QR codes on product packages in stores, enabling them to view information from the manufacturer such as the origin of the product; online shoppers can verify authenticity after receiving goods and get refunds if they turn out to be fakes.

The Blue Stars program, which launched in beta last year and has dozens of participating brand owners including L’Oréal and chocolate-maker Ferrero Rocher, “is among our latest initiatives to weed out counterfeits at their source,” said Zhang Kuo, director of Alibaba Group’s mobile business division and head of the initiative. “We see it as a breakthrough in many ways,” he said—and not just in the battle against fakes. When consumers scan for product information using QR codes using the Taobao and Tmall mobile shopping apps, information is recorded in Alibaba’s database that manufacturers and merchants can use to track where individual items are being sold and who is buying them, among other details. “Companies can get the real data online, every minute, to better understand, engage and interact with their consumers” through customized customer-engagement campaigns such as lucky draws and member rewards programs, Zhang told Alizila.

Alibaba is working with Visualead, an Israeli start-up in which Alibaba invested in January, to introduce an enhanced version of traditional QR codes for the Blue Stars program. Called “dotless visual code,” Visualead’s technology allows companies to affix to their products colorful codes embedded with images such as logos.

Since its launch, the Blue Stars program has already generated about 2.5 billion unique ID tags that have been attached to cosmetics, fast-moving consumer goods such as cleaning products, wine and agricultural produce. Alibaba Group hopes to increase the number of product QR codes generated to 10 billion by the end of this year.

The Blue Stars program represents a fresh technological approach to China’s intractable and widespread problems with fake goods, an issue that effects thousands of brand owners and shopping websites worldwide. Alibaba uses software and people to monitor its online marketplaces for fakes, but because its shopping sites host millions of independent merchants and contain more than a billion ever-changing product listings, eradicating counterfeits through existing solutions has been an elusive goal.

Convincing a wide range of manufacturers and brand owners to print unique QR codes on all products sold on Alibaba’s giant Taobao Marketplace and Tmall.com promises to give the company a powerful new weapon to combat fakes. Alibaba is sharing its advanced QR code technology with scores of participating product manufacturers, enabling them to generate a unique, encrypted QR code label for each individual product item, whether it is for sale online or offline. A similar system is being used by Alibaba subsidiary Alibaba Health in partnership with government regulators to track the sale of prescription pharmaceuticals.

Manufacturers have in the past tried to discourage fakes by placing identifiers such as holograms on product packaging. But counterfeiters have been able to work around these roadblocks by making packaging with convincing copies of genuine holograms.

Blue Stars is different in part because Alibaba is operating a cloud database available to all manufacturers that is instantly accessible to anyone with a smartphone and the Taobao or Tmall apps.

Counterfeiters can copy legitimate Blue Stars QR codes to put on the packages of fakes, but because each item has a unique QR-code identifier, fraudsters in theory will be forced to buy large quantities of legitimate goods to get enough real codes to copy, making their operations less lucrative.

In addition, in cases where a counterfeiter duplicates a single unique QR code to affix to multiple copies of the product, the legitimate manufacturer will be able to use Alibaba’s big-data technology to track whether the real item has already been scanned and sold, making it easier to spot fakes. The system can even be used to identify the approximate location of counterfeiters by homing in on locations where a lot of products carrying fake codes have been scanned, which could help law enforcement track down and arrest infringers. “The entireecosystem can benefit from this,” Zhang said.

Alibaba supplies its QR code technology to participating manufacturers, who are responsible for generating and printing the codes on their product packaging and for providing scannable information to buyers. Zhang said. Hundreds of independent vendors are participating in the deployment of the technology, he said, providing manufacturers with software and systems to produce the packaging, manage the data and implement promotional campaigns.

Alibaba is currently focusing on signing up manufacturers and brand owners selling cosmetics, apparel, and fast-moving consumer goods such as beverages, personal care and baby products, Zhang said. In March, Alibaba announced that about 60 cosmetics brands—a group that has been plagued by counterfeits in China—joined the Blue Stars initiative, aiming to produce five million items with unique QR codes to be sold through Tmall.com. Brands participating in the program include Olay, L’Oréal, SEKKISEI and Pond’s.

The Blue Stars program last month was expanded to cover agriculture in a pilot program with the government of the Dawa County in Liaoning Province. Under the program, unique QR codes will be attached to each and every piece of Dawa agricultural produce–from crabs to rice to tomatoes to persimmons—sold in Taobao Marketplace’s specialty channel for Chinese-made foods. By scanning, consumers can immediately obtain information such as the grower, product characteristics, origin, growth cycle or breeding process, and the seller’s contact details—information that is designed to boost consumers’ confidence in the safety and quality of the food they consume.

Evergrande Spring Water was the first product to carry unique QR codes under the Blue Stars program. Working with Alibaba earlier this year, Evergrande launched a promotional campaign where consumers could receive information on a particular bottle of water they had purchased online including the origin of the water by scanning the QR code on the inside of the bottle cap using the Mobile Taobao app. Consumers who scanned the QR codes could also learn more about the brand and be entitled to participate in a lucky draw.

It’s not clear if Alibaba will be able to meet its goal of putting the Blue Stars code on 10 billion products by the end of the year. But Zhang said the technology can, in theory, be applied to any product. “If we can give unique QR codes to tomatoes, I think there are others this can be applied to,” he said.