Counterfeiters Can Run, But Can’t Hide from Alibaba’s Big Data 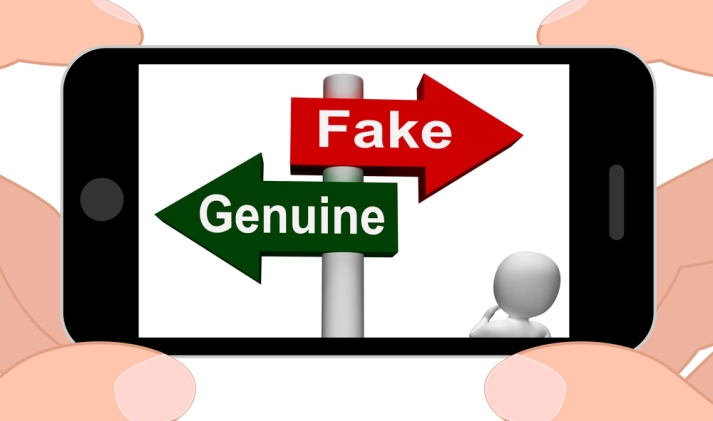 On July 25, Public Security officers in 12 Chinese provinces and municipalities raided 13 factories and shops, seizing 15,000 Random Access Memory (RAM) modules valued at over RMB120 million. They arrested 16 people suspected of knocking off the chips and selling them on Alibaba Group’s Taobao shopping platform under the Kingston and Samsung brands.

Operation “Cloud Sword” was the culmination of a four-month investigation, one that shows the outsized role “big data” will play in the future of intellectual property enforcement actions. Authorities acting on intelligence and leads provided by Alibaba between April and July cracked down on 417 production rackets, arrested 332 suspects and seized fake goods valued at RMB1.43 billion.

Technology to identify and take down fake product listings and shady seller accounts on e-commerce platforms is nothing new. But when you apply complex algorithms and machine learning to data points, it’s a powerful tool. Crunch enough data, and you can sometimes even determine the source of a fake product thousands of miles away from where it was sold.

That’s exactly what happened with “Cloud Sword,” an operation whose name was inspired by a popular television show in China. While the arrests and seizures by China’s Ministry of Public Security made headlines, behind the curtain was Alibaba’s data engine, which takes aim at makers and purveyors of fake products.

“We’re combining and analyzing an immense amount of data on those who attempt to traffic in counterfeit goods across our platforms,” said Matthew Bassiur, head of global intellectual property enforcement at Alibaba. “With big data analytics and other information at our disposal, we will identify the counterfeiters online and assist law enforcement authorities in holding these bad actors accountable for their illicit acts.”

In this case, “Cloud Sword’s” big data came from key anti-counterfeiting technology that provided enough information to not just shut down 58 online stores selling the counterfeit memory, but also to walk authorities all the way back to the factory where they were made.

Underpinning Alibaba’s anti-counterfeiting technology is a machine-learning engine that gets more accurate the more data points it has to analyze.

Alibaba’s counterfeit goods monitoring and identification model examines just over 100 dimensional characteristics — everything from price to the online shops decorations, transaction records, product-release pattern and consumer complaints. The model rates goods and merchants on a 0-to-100 scale. When it kicks back a high number, usually over 80, that’s a red flag to Alibaba.

At the same time, another system runs accounts, products and transactions through 600 different detection indicators, looking at seller behavior, product information, consumer reviews and user reports. Around 10 million products are newly listed on Alibaba platforms daily. The system analyzes hundreds of millions of data points per second to root out suspected fakes and fakers. If an alarm is triggered, infringing merchants can be hit with a range of penalties, depending on how severe their violation.

Alibaba has upped the ante with optical character recognition and the scanning and analysis of images and logos. That has proved useful in finding mismatches in the text of listings and their accompanying photos. For example, a name-brand watch that that should sell for around RMB100,000 might have that price in a text field in the listing, but a far lower one superimposed on the image. Alibaba’s OCR now picks up that discrepancy and flags it.

The secret sauce in “Cloud Sword,” though, was Alibaba’s automatic leads generator. Once the anti-counterfeiting system returned a potential match for a counterfeit product, the generator was able to dig down deep to figure out who and where the seller was, correlating national identification card details and account information with seller behavior, which Internet service the seller was using, shipping and return addresses and any related accounts, which might point to a broader ring of counterfeiters. The kicker was the research and analysis of sellers’ Alipay accounts, which traced operations upstream to the manufacturing source.

“Cloud Sword” shows how applying big data to the hunt for counterfeits and counterfeiters can take IPR enforcement to the next level. In the case of the counterfeit Samsung and Kingston RAM modules, for example, measures already in place sniffed out 58 online stores selling the fake products. During the four-month investigation, the sellers only moved RMB1.18 million worth of goods.

But the subsequent tracing of related accounts and Alipay activity and the involvement of Alibaba’s offline investigations team eventually led to critical leads supplied to authorities and a haul of more than 100 times the amount sold online. And most importantly, the use of big data cut off the original supply of the counterfeits.

“Counterfeiters are on notice.We are using big data to help authorities identify them, their manufacturing facilities and their distribution locations,” said Alibaba’s Bassiur. “Attempting to sell counterfeits online may very well lead to their arrest and imprisonment offline.”