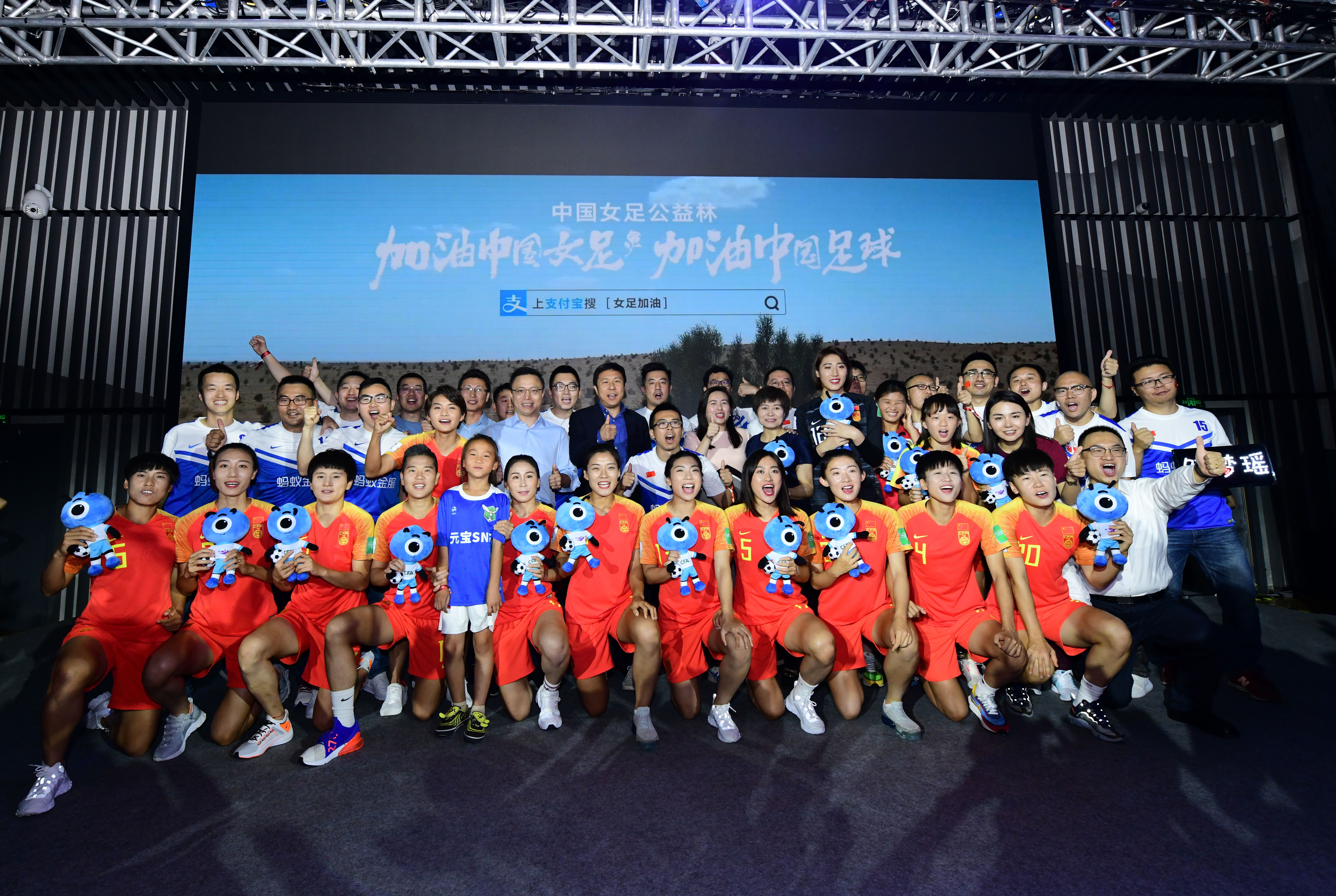 The philanthropic foundations of Alipay, the mobile-payments and lifestyle app, Alibaba Group’s executive chairman and executive vice chairman have committed RMB 1 billion (US$145.4 million) to support women’s soccer in China over the next 10 years.

The Alipay Foundation, Jack Ma Foundation, Joe Tsai Foundation (PRC), respectively, said Friday the money was aimed at making soccer “more sustainable and accessible to girls and women across the nation.” They plan to put the RMB 1 billion to work in a few key areas: the China Women’s National Football Team, injury prevention and treatment, the career development of retired footballers, technical development and coach education, and youth development.

“We want to work with China women’s soccer and be their strongest advocate,” said Eric Jing, CEO of Alipay parent Ant Financial Services Group, at the launch event in Hangzhou. “Through new ideas, our technology, funds and resources, we hope to better support the development of China’s women’s soccer.”

The Alipay Foundation will fund the bulk of the initiative, with the use of the funds jointly managed by all three contributors and the Chinese Football Association.

Cai Yong, an executive committee member of the Chinese Football Association, called the gift “unprecedented,” saying “Women’s [soccer] is not just a sport, but also a power social cause that encourages girls and women to pursue their dreams and ambitions.”

Both Alipay and Alibaba Group have a history with the sport. Alibaba is a minority stakeholder in the Guangzhou Evergrande Taobao Football Club in China’s Super League, while Alipay last November struck a partnership with the Union of European Football Associations.

Alipay over the next eight years will serve as the league’s Official Global Payment Partner, Official Global Digital Wallet and Official Global FinTech Partner for men’s national team events, including UEFA EURO 2020, UEFA EURO 2024, the European Qualifiers and the UEFA Nations League Finals, for which Alipay designed the top-scorers trophy. The UEFA has also launched a “lifestyle account” on the Alipay mobile app to connect Chinese fans with the latest news about European soccer, as well as a mini-program within the app that fans can use to buy tickets to the UEFA Euro 2020 tournament.

Alipay has also supported girls’ soccer on the southern island of Hainan, delivering opportunities that otherwise wouldn’t be available in their home province, such as some players going on to join China’s national youth teams.

“This has strengthened our determination to expand the support and enable more development and innovation in women’s and girls’ football in China,” he said.