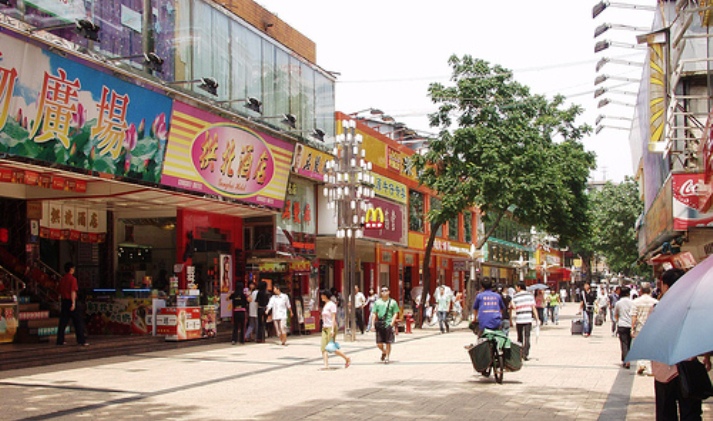 More than 800 million consumers living in China’s smaller cities represent an underestimated, potentially potent engine of household spending that has yet to be effectively tapped by retailers, with e-commerce offering a shortcut to unlocking the market, according to a new report.

Compared with their counterparts in advanced, tier 1 mega-cities such as Beijing and Shanghai, residents of smaller tier 4 and tier 5 cities are commonly thought to be less valuable as customers because they aren’t as wealthy, have limited shopping needs, low brand awareness and frugal mindsets.

But a recent survey of 1,264 urban residents of 10 lower-tier cities conducted by the UBS Evidence Lab found these assumptions to be mostly false—and this demographic is too large and too important to future consumption growth in China to ignore.

There are 870 million people living in tier 4 cities and below, accounting for 63.5% of China’s total population. This means “winning in T4-5 cities is worth more than you think,” UBS stock analysts wrote in a report on the survey’s findings. (UBS classified cities into tiers according to GDP, with tier 1 cities having GDP of RMB 500 billion and above; tier 4-5 cities have GDP of less than RMB 299 billion.)

While they are indeed less wealthy—the average annual disposable income per capita in Tier 4 cities is RMB 25,000 ($3,865) compared with RMB 45,000 ($6,962) in Tier 1 cities—UBS said popular perceptions regarding the unsophisticated and penny-pinching nature of small-city consumers are wrong.

The survey found consumption is thriving in small cities, brand awareness is high, consumers are willing to pay more for quality products, and there is widespread ownership of capital goods such as real estate, cars and home appliances. For example, 39 percent of small-city residents own cars, nearly the same level as in tier 1-3 cities.

As their income level and consumption knowledge increases, we believe it will become increasingly important to understand the consumption behavior and aspirational demand of low-tier city consumers, who could be a major driver of China’s consumption growth in the future.

Just as important, at a time when fears over China’s slowing economy are widespread and there’s evidence of retail saturation in the country’s major metropolitan areas, nearly half of survey participants said they expect to be better off financially in the next 12 months—and they are eager to spend, contrary to gloomy assumptions about the drag of sluggish economic growth on consumer sentiment.

In general, tier 4-5 consumers “are more optimistic about their future financial position and expressed intentions to increase their consumption, mainly of consumable goods,” UBS analysts wrote. “As their income level and consumption knowledge increases, we believe it will become increasingly important to understand the consumption behavior and aspirational demand of low-tier city consumers, who could be a major driver of China’s consumption growth in the future.”

One thing holding back household spending in smaller cities is the lack of physical retail infrastructure and product availability, in part due to the sheer geographic scope of the market—while UBS determined China has four tier 1 cities (Beijing, Shanghai, Guangzhou and Shenzhen) there are nearly 200 tier 4 cities alone.

E-commerce can fill this void as shopping websites team up with retailers to reach cities that would be too costly to tap by conventional distribution and brick-and-mortar store networks.

The UBS survey found Internet penetration in small cities is “higher than expected.” More than four out of five people say they have Internet access, while a striking 89 percent of 18-to-24 year olds say they use smartphones to go online.

In fact, platforms such as Alibaba Group’s Taobao Marketplace and Tmall.com are already aggressively expanding their range to less-developed cities, where they have displaced many traditional advertising and marketing outlets as sources of consumer information. “In lower-tier cities, we were not too surprised to find that TV commercials remain the main source of information,” UBS analysts wrote, “but what caught our eye is that Taobao ranked second, exceeding all other traditional platforms and channels.”

However, UBS noted a “disparity in the importance of Taobao and Tmall as an information source compared with a purchase channel.”

Taobao and Tmall are currently the most popular online shopping channels for residents of lower-tier cities because of their “attractive pricing and great diversity of choice,” according to the UBS report.

Yet survey respondents said offline stores are still their main shopping channel for many types of goods. For example, for fashion apparel, footwear and lingerie, 56 percent of those surveyed cited physical stores as their preferred purchase channel while about 22 percent cited Taobao.

As consumers seek out greater convenience and choice via the Internet, “We believe there is significant room for Alibaba to further improve people’s awareness of online retailing, change the lifestyle and user behavior of residents in lower-tier cities, and educate them to shift from physical stores to online stores,” UBS analysts wrote.

To accelerate this shift, online-shopping platforms are boosting their small-city profiles through enhanced customer service and, critically, greater logistics coverage aimed at reducing the time it takes to deliver to China’s more far-flung regions.

Through its Cainiao logistics affiliate, Alibaba currently operates China’s most extensive e-commerce delivery network. Cainiao and its partners have 128 warehouses across China, offering same-day delivery in seven cities and second-day delivery in 90 cities. Moreover, Cainiao is able to make deliveries to much of the rest of the country in a matter of days through strategic collaborations with 15 major logistics companies operating in more than 600 cities and 31 provinces, municipalities and autonomous regions.

UBS analysts noted that e-commerce companies are cooperating with established offline retail chains to improve customer service and distribution coverage in small cities. For example, Alibaba and Cainiao have teamed up with Suning, a top electronics retailer with more than 1,600 stores in 289 Chinese cities, to leverage the latter’s nationwide network of 57 regional distribution centers. Suning says it can deliver consumer electronics to 90 percent of China via the regional centers, eight national distribution centers, 353 city forwarding centers and over 1,700 last-mile delivery stations.

As logistics improve and small-city residents become more aware of e-commerce, there are “good opportunities to shift consumers from offline to online,” UBS analysts wrote. 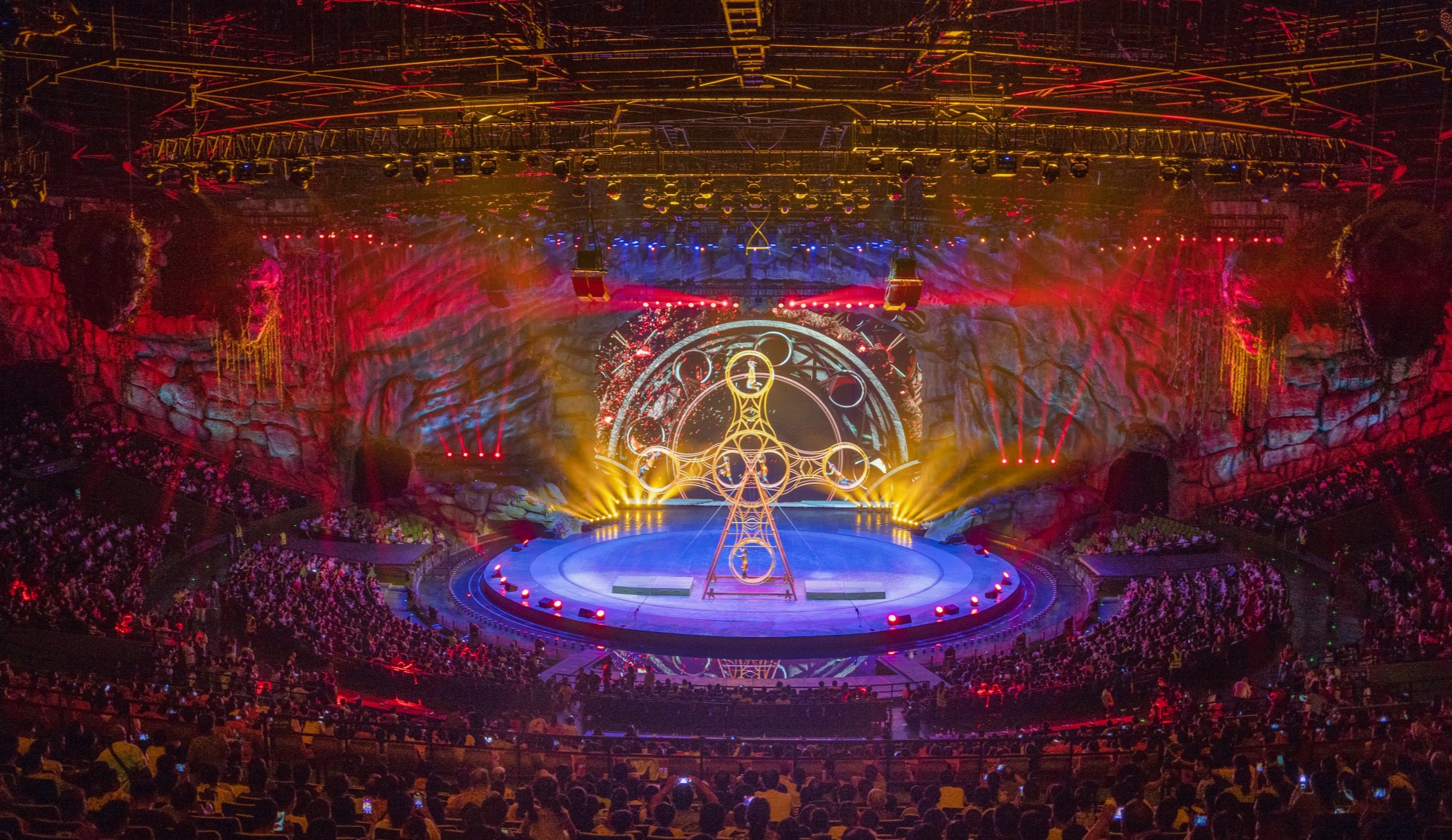