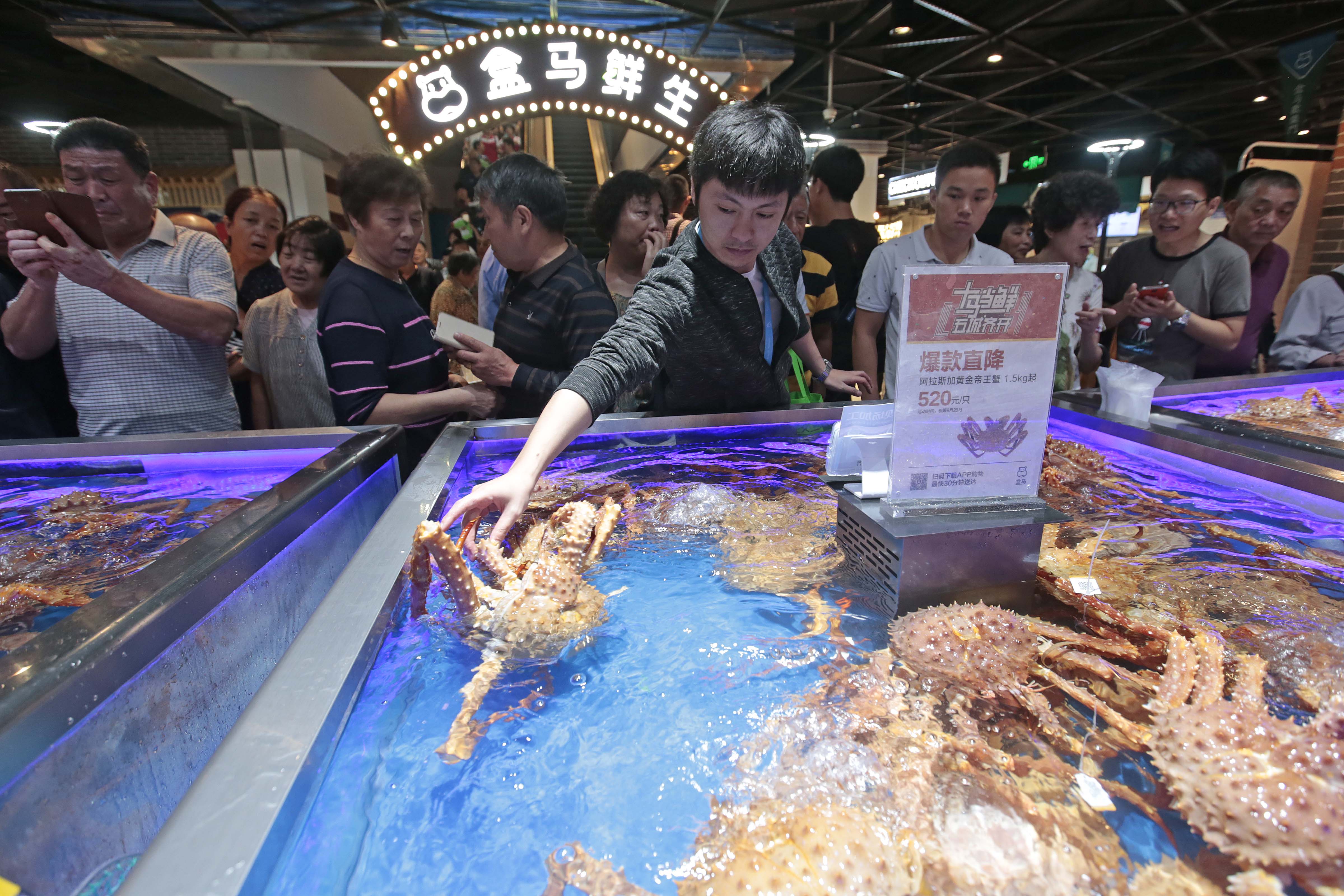 Alibaba Group, building on the success of its New Retail-driven Freshippo (also known as Hema)supermarkets, is partnering with retailers to bring the concept to new cities in China, the global technology giant announced on Friday.

Freshippo has tied up with Sanjiang Shopping Club and Xingli Department Store to launch new stores in Hangzhou and Guiyang, respectively. Those added locations come in addition to five other newly opened stores: three in Shanghai, one in Beijing and one in Shenzhen.

Freshippo CEO Hou Yi said he wanted to expand the New Retail model by working with partners such as Sanjiang and Xingli, while also experimenting with ways to further improve the shopping experience for consumers. This in turn would allow for collaborations with additional partners in the future.

“As our model becomes more established, it can be shared with other traditional retailers to help them transform in the digital age,” Hou said.

First launched in 2015, there are now a total of 20 Freshippo locations in China, including the reopening of two newly renovated stores in Shanghai and one in Beijing. The new stores in Shenzhen and Guiyang, which is located in Guizhou province, are the first locations in southern and southwestern China, respectively. Sanjiang, the partner in the new Hangzhou store, is also a partner in Freshippo’s Ningbo outlet.

Freshippo blends online and offline shopping to better serve consumers. It starts with a mobile app that allows for both online orders and the researching of products while consumers are shopping in the store. The data collected from transactions is used to personalize recommendations to improve the customers experience, while geographic data helps to plan the most efficient delivery routes.

For a step-by-step look at how shopping at Freshippo works, click here.

In an innovation that is unique to Freshippo, deliveries are fulfilled not from a separate warehouse but from within the store itself. As a result, goods reach customers in a 3-kilometer radius as quickly as 30 minutes after ordering. And all payments are handled through Alipay, the mobile-payments platform owned by Alibaba affiliate company Ant Financial.

In July, Alibaba Group CEO Daniel Zhang made a statement similar to that of Hou in Friday’s announcement, saying that Alibaba had no intentions of operating a large grocery chain. As with the company’s investments in the Intime department store chain, the aim was to demonstrate the benefits of New Retail to customers and other businesses. If e-commerce currently accounts for about 15 percent of total retail in China, he said, Alibaba’s goal is not to make incremental progress on that 15 percent but rather to digitally transform the 85 percent.

“We believe the future of New Retail will be a harmonious integration of online and offline, and Freshippo is a prime example of this evolution that’s taking place,” Zhang said. “Freshippo is a showcase of the new business opportunities that emerges from online-offline integration.”