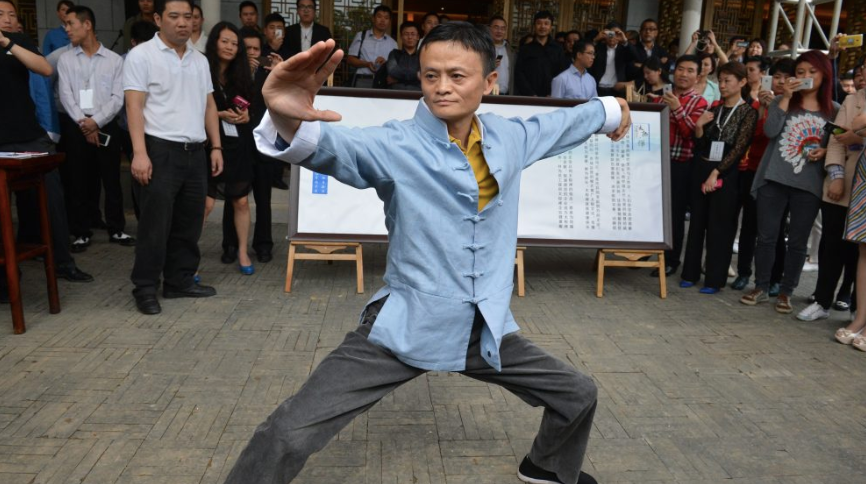 Gong Shou Dao is comprised of the Chinese characters meaning “martial arts” and “to defend or guard” and was proposed by Ma, based on his understanding of Tai Chi and the philosophy it embodies.

While the film’s cast is likely, by itself, to pull in viewers, its primary aim is to globally promote Tai Chi because of its benefits to health and happiness and as a window onto Chinese culture. It’s a view shared by his fellow cast members, none of whom took a paycheck for their services.

Li, who is producing the movie, said it will be promoted during Alibaba’s 11.11 Global Shopping Festival because that’s a strong window to drum up awareness of the movie and Tai Chi, itself.

Ma is a longtime practitioner of Tai Chi, known as a “soft” and largely defensive martial art, seeing some of its teachings as applicable to everything from daily life decisions to business strategy and management. He has said Tai Chi’s spiritual and physical benefits should be shared across the world to promote exercise and wellness among people of different cultures. To that end, his movie will be subtitled in English and available to viewers outside of China. He began studying Tai Chi in 1988, and in 2009, started studying with Master Wang Xian. In the movie, Ma’s Tai Chi moves are his own.

The Alibaba founder is also no stranger to the limelight, having sung everything from pop hits to Peking Opera, done skits and performed magic in front of crowds numbering in the tens of thousands. Earlier this year, in a gala celebrating Alibaba’s 18-year anniversary, he took part in a Michael Jackson-inspired performance and did a magic trick in a Hangzhou stadium that was filled to capacity.