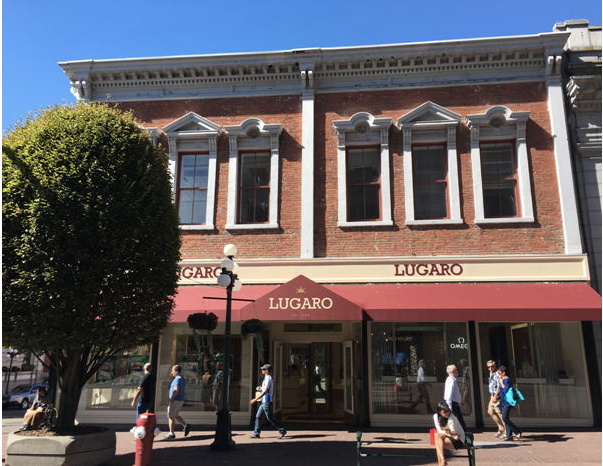 Steve Agopian has some simple tenets that define his jewelry brand: All gemstones are genuine, nothing is manmade, and every piece is fashioned from noble metals, namely gold or platinum.

The founder of Canadian jewelry retailer Lugaro has ridden his approach to business success since opening his company in 1986. Lugaro, named after Agopian’s grandfather, has three retail outlets in British Columbia.

Lugaro is unlike other Canadian jewelers, Agopian said, with direct ties to Canada’s diamond mines since the first strikes were made in 1999, wholesale gemstone operations, production of its own jewelry and sales of fine Swiss watches. In addition to its retail stores, Lugaro has a distribution center in Hong Kong.

“We’re a vertically integrated company, where you control the product from its design stage‚Ä¶and deliver to the final user, the consumer,” Agopian said. “You tackle every challenge in-between and streamline in-between.”

What also sets Lugaro apart was its decision earlier this year to start selling in China–a market where its brand was unknown. For Agopian, that move wasn’t as big a leap as it might sound. Active in the diamond business, he has traveled regularly to Asia since the 1990s and started subcontracting some manufacturing to a factory in Panyu, in China’s southern province of Guangdong.

“I’ve always, personally, been quite an international thinker. Vancouver is a highly Asian-friendly city. I have a lot of Chinese employees and friends,” Agopian said. “Furthermore, if you are in the luxury business in Vancouver, 50% of your client base, if not 75%, is of Asian, if not Chinese, origin. There’s a wide acceptance from our client base. So, I thought, ‘why not sell to China?’ It kind of comes naturally.”

If the “why” of selling to China was easy and clear, the “how” was less so. Enter Tradepartners Technology Ltd. and Weiwei Peng, a Tradepartners business development manager. A former Lugaro employee, she and her Hangzou-based company, which helps small and medium-sized enterprises source from and sell to China, crafted a plan to launch Lugaro’s jewelry in China via Alibaba’s Taobao Global platform.

That approach made the most sense to Agopian, who says smart businessmen need to make calculated risks if there’s a good chance of expanding their business and market reach.

“If you want to sell to a Chinese audience‚Ä¶you need the know-how. You either get that through your own research, or you can use a platform. In our case, we decided to go in through the platform,” Agopian said.

Tradepartners’ approach to launching Lugaro in China was to do three days of live streams for several hours at a time, using well-known Chinese bloggers with big followings on the Taobao Global platform and social media.

“Live-streaming, the whole concept, is new, even for us,” said Tradepartners’ Peng. “This is something they can touch over the screen. This is one of the best ways for them to know about this brand. I knew this was going to work from day one.”

The streams, broadcast very early morning in Canada to hit peak shopping hours in China, were held in three different venues to show off various aspects of the company and its products. The Lugaro store in Burnaby was the site for “basic show-and-tell.” The next was done from Lugaro’s diamond-sorting room in its Park Royal South store.

Agopian was especially pleased with the third and final stream, which was beamed from the only diamond-cutting facility in Canada, because the Chinese blogger who hosted the stream was able to “authenticate the story,” that consumers were “not just buying a piece of jewelry, but a piece of Canada.”

Agopian said he went with “entry-level” jewelry for his first foray into China.

“At entry level, there is fine jewelry that satisfies all the events of life – engagements, gift-giving, Valentine’s, Mother’s Day,” Agopian said. “I said, ‘let’s start entry-level. I don’t want to tackle the high end at this point in time.'”

Results were staggeringly good, with over 300 pieces of jewelry retailing between C$500 and C$1,000 sold to Chinese customers and several items selling out completely.

“I was pleasantly surprised by the numbers,” Agopian said, noting he picked up some important insight on day three of Lugaro’s Taobao Global launch.

While he used what he described as a “shotgun” approach, by putting a fairly large number products on sale on Taobao Global, “the third blogger simplified things,” choosing to focus on one of the distinctive products, which sold like gangbusters on the platform thereafter.

“Simplification was definitely a way of getting in,” Agopian said. “And it’s important to keep your message.”

Part of that message was reminding customers that you know where your diamonds come from and that they are ethically and environmentally mined because Lugaro both follows the Canadian Diamond Code of Conduct and the Kimberly Process, aimed at reducing the number of “conflict diamonds” on the market. It also includes Lugaro’s having one, single style and standard for its jewelry, wherever it’s sold in the world.

Agopian also came away from the experience understanding a few key things about doing business in China.

What’s next for Agopian and Lugaro in China after initial success?

“To replicate it,” said Agopian. “I’m hoping to expand our positioning with Alibaba.”