The Rise of Male Beauty in China 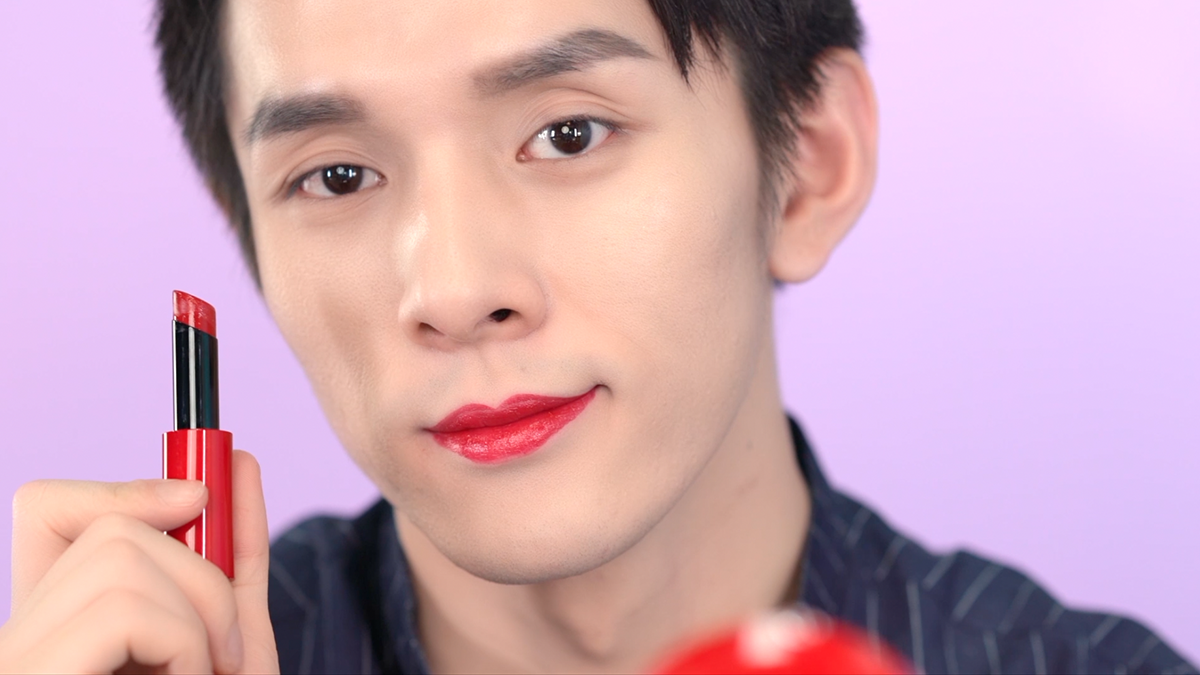 In China, the hottest lipstick salesperson is not a woman. It’s a man.

Li Jiaqi, better known as “Lipstick Brother,” is an internet celebrity and the number 1 seller of lipstick online. He even took on Alibaba Chairman Jack Ma to see who could sell the most lipstick – and won.

“When I first started livestreaming, there was a lot of negative feedback, questioning why a guy was doing makeup,” Li said. “But recently, when I go on live, many people say that I have become more beautiful, sophisticated and handsome. I think they are accepting that can wear makeup.”

Watch part 1 of our “China Trend Watch” on male beauty:

Li represents a new generation of young Chinese men who care a lot about how they look. He applies base makeup and draws his eyebrows – every time – before he goes out. And from where he stands as a popular makeup expert in China, he knows he’s not alone. Li says there is definitely a growing trend in male beauty happening in the country.

“Although most of my viewers are female, I found that since last June, my male followers are also growing,” Li said. “Now they account for almost 20% of my audience. I think the demand for male beauty is huge.”

Li Haoyuan, a 29-year-old livestream host living in Hangzhou, China, is part of that growing demand. Li (no relations to Li Jiaqi) never leaves the house in the morning until he’s done with his daily grooming regimen. Not too long ago in China, this ritual would have been considered strictly a woman’s routine. But not anymore.

“Chinese people used to describe men who pay too much attention to their appearance as ‘feminine,'” Haoyuan said. “But now, more and more people are using positive words like ‘clean,’ ‘refreshing’ and ‘delicate.’ Some friends of mine are also realizing that women prefer men who look clean and nice.”

Watch part 2 of our “China Trend Watch” on male beauty:

In fact, Alibaba’s Tmall shopping site calls this the “Male Beauty Era” in China. The total number of Chinese men who are buying personal-care products is growing faster than that of women (31% year-on-year in 2018 versus 29%, respectively). The total value of the personal-care items that men are purchasing on Tmall is soaring across all categories – even makeup (See graphic below). Makeup purchases on Tmall by men have doubled over the past year, while guys are actively seeking out premium brands. And if there are products made especially for men, then China’s male consumers want them.

“Those born in the 1990s have grown up and become one of the backbones of consumption,” said Ling Duan, general manager of brand marketing at Alibaba’s B2C shopping site, Tmall. “It is easier for them to express themselves and they pay more attention to themselves. As the saying goes, ‘Everyone wants to be beautiful.'”

Helping to drive this male-grooming trend is easy access to products. When Haoyuan first started to take grooming seriously in high school, he could only buy his products at the supermarket, where selection was limited. But now, he’s a far more sophisticated shopper of male-beauty products. In large part because he can shop on Taobao and Tmall to get the things he needs from all over the world. And more importantly, he can continue to learn about products and techniques from key opinion leaders, or KOLs, online.

“If I want to become beautiful and express myself, I can easily find product information on the internet,” Ling said. “And the cost of trying new products, including price cost and also logistic cost, is very low. So, more people are willing to try. You can see the fast growth in this market.”

“If you go to the mall, you can only find female makeup brands and none that are specialized in male makeup products,” Jiaqi said.

Beauty giant L’Oreal is taking note. But the French cosmetics company doesn’t want to just bring its existing line of men’s products to China. It also wants to develop new products – just for the Chinese market. To do that, L’Oreal has partnered with Alibaba’s Tmall Innovation Center.

TMIC is the market-research division of Alibaba. It leverages insights pulled from the over 600 million consumers shopping on Alibaba’s e-commerce platforms to help brands find their target audience in China – and design products tailored specifically to this market.

L’Oreal and TMIC decided that the first step was to get a better understanding of this growing consumer base. So, they crunched Alibaba’s data about male consumers in China and published a white paper with the results.

What they found was there is no such thing as “a typical” Chinese male consumer. There were different types of guys buying different products in different cities.

With TMIC’s help, L’Oreal was able to identify five groups of male consumers in China, each with its own distinctive consumption patterns and beauty rituals. There’s the “average guy,” who doesn’t buy much more than the basic moisturizers and body wash. “Young professionals,” who actively seek out high-quality grooming products made specifically for men. Another group focuses on facial products such as masks and toners. There’s one that buys only hair products, such as gels and dyes. The most-sophisticated group uses all kinds of beauty products, and they want premium brands, especially when it comes to oral hygiene and colognes.

Within these consumer types, the white paper pointed to three trends playing out in China’s male-beauty sector: One, that men are getting even more sophisticated about their grooming regimen. They’re adding more products to their daily beauty routines to make sure they look their best. Male consumers in China also want products made especially for men. Unisex products just aren’t going to cut it anymore. Lastly, guys here want better products too – and they’re willing to pay up for them. So, there’s a “premiumization” playing out on Tmall as male consumers shop for higher-end items.

“We now have a much better bait to specifically target male consumers because we know what kind of touch points matter for them and we can really go to a level of specifically targeting each different kind of Chinese consumer males,” said L’Oreal China Chief Customer Officer Stephane Wilmet.

Jiaqi eagerly awaits these new products, he said. And he looks forward to testing them on his livestream show.