Tmall Global Wants to Build an Ecosystem of Global Influencers 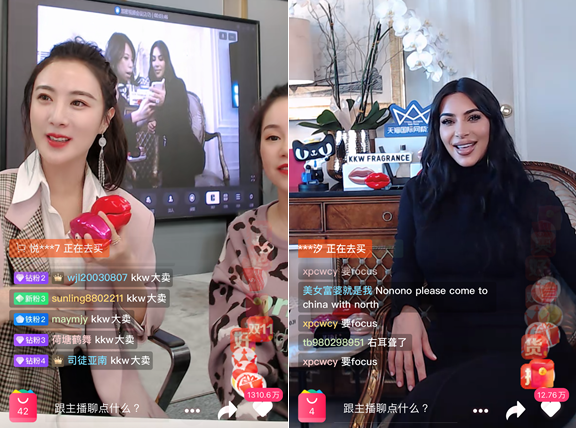 Kim Kardashian West, the reality TV star, social media icon and businesswoman, sold out of her stock of her name-brand KKW perfume in just a few minutes during a livestream with China’s top key opinion leader, Viya Huang, on Wednesday, drawing 13 million viewers to mark her entry into the China market via cross-border e-commerce site Tmall Global.

To Tmall Global, Kardashian and Huang are wangzi, “mega-popular influencers” in Chinese. They carry such significant branding power that they can serve as ambassadors for overseas products in China and educate Chinese consumers about trends and lifestyles that make those products popular in international markets. Now, because these products are growing in importance among Chinese consumers, Tmall Global wants to develop even more wangzi in China. And it’s launching an “influencer incubator” to do so.

“We want to build a long-term, Chinese, consumer-facing group of lifestyle consultants, opinion leaders who might share the same lifestyle preferences as consumers and can share with them what they might also like, like introducing natural and organic food to the many consumers who love these kinds of product,” Tmall Import and Export General Manager Alvin Liu said at an event to announce the initiative.

The plan is to train and support 2,000 mega-popular influencers to build out a network of wangzi, called the Tmall Global Influencer Ecosystem. The site has already recruited 500 influencers from 10 countries, including China, all of whom were in attendance on Wednesday. Kardashian’s broadcast in the evening was a part of the showcase.

While these influencers will use short video, social media and other tools to engage Chinese consumers, livestreaming is the medium of choice in China at the moment. The number of product views brought in by Alibaba’s livestreaming platform, Taobao Live, for Tmall Global jumped 309% this year to 35.03 million from 8.55 million in 2018, according to a new report from global consultancy Deloitte, the China Chamber of International Commerce and AliResearch, which is a part of Alibaba Group. The number of products purchased soared 430% year-over-year in 2019 to 2.36 million from 445,000, totaling RMB 470 million, the report said.

“Livestreaming used to be just one option for brands looking to reach Chinese consumers in new and engaging ways,” Liu said. “But now, because it has become so integral to how people shop here, it’s incredibly important for any brand that wants to be successful in this market.”

Tmall Global, China’s largest platform for imported goods, is at the center of a growth trend in cross-border e-commerce that is driving the need for these wangzi. According to the Deloitte report, cross-border e-commerce saw a compound annual growth rate of 76% between 2015 and 2018, while generating RMB 78.5 billion in gross merchandise volume (GMV) last year. The trend is being driven by supportive government policies and changes in both the size and kind of consumption happening in China. While incomes are rising in the country’s lower-tier areas and consumers there are spending more, consumers across the board are growing in sophistication and therefore seeking out international brands.

“Tmall Global is becoming a very important platform for all Chinese consumers to upgrade their consumption,” Liu said. “We have a large variety of products on our platform, but we need to further expand our ecosystem to help Chinese consumers better learn about these products.”