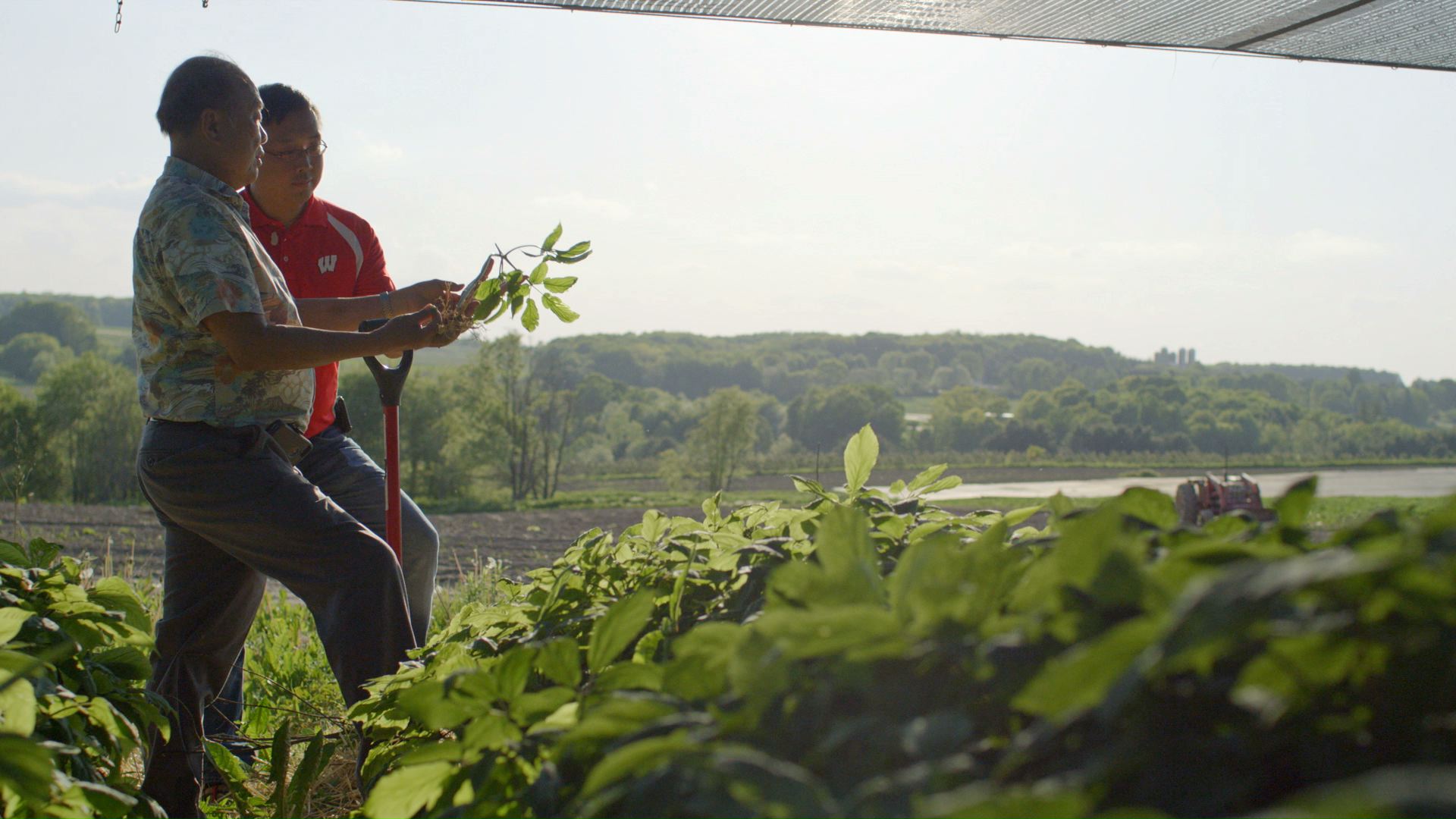 Paul Hsu and his family remember the day when you could only find imported Asian ginseng in the Chinatowns that dotted major U.S. coastal cities.

That was over 40 years ago and before he started his own American ginseng farm and company. Today, that company is the largest producer and distributor of American ginseng in the U.S. Hsu’s ginseng is grown locally, in the richly fertile soil of central Wisconsin. It’s sold across North America and Asia through his network of stores, and more recently, exported to China and sold directly to consumers there via his brand’s store on Alibaba’s Tmall platform.

Hsu’s love affair with ginseng started in 1974, when the Taiwan-born young man came to the U.S. for graduate studies. After having obtained his Master Degree, he started working for the state of Wisconsin as a social worker. While there, he bought two pounds of ginseng for his ailing mother and saw a remarkable improvement in her health.

Ginseng is a fleshy-rooted perennial that typically grows in the cooler climates of North America and eastern Asia. It is valued for its perceived healing properties and has been used in traditional Chinese medicine for centuries. And Hsu’s ginseng grown in Wisconsin is viewed as one of the highest-quality brands by Chinese consumers on Tmall, something he credits to location, location, location.

Meet Hsu Ginseng,the largest producer and distributor of American ginseng in the U.S.

“This land is different. Almost 100 million years ago in glacial times, the surface soil was pushed from the northern area to deposit in and around this area‚Ä¶and the soil was deposited in this area. It’s really mineral-rich, and also fertile, and almost none of it touched by any farming‚Ä¶and it’s really pristine area to grow this stuff,” said Hsu.

Still, growing ginseng is challenging and labor-intensive. Among the 14 major kinds of soils in this area, only two are suitable for growing ginseng. Even with the right soil, it takes four to five years to go through a full growth cycle, from planting seeds, to growing and maintaining gardens every year, to harvesting and finally processing the ginseng.

The resulting product that goes to market from Hsu’s Ginseng is relatively expensive, but Hsu says the prices are reasonable, considering the work involved. And customers seem to agree, with Hsu’s Ginseng having established a loyal customer base and a reputation for high-quality products over more than four decades in business.

Long before the popularity of internet, Hsu was in the business of moving product from Wisconsin to customers, wherever they were, by mail-order operations he started in 1974. That cut out the middleman and kept prices down. It also helped in building his brand by reaching out to and engaging customers directly.

Hsu was fully aware that many of his customers were overseas Chinese or visitors from the Mainland who wanted to send his ginseng home to family and friends in China. From the 1990’s, Hsu’s Ginseng started to bring the product directly to the Mainland, opening stores around China. Today, he has over 500 retail outlets across the country.

About 10 years ago, with labor costs in China on the rise and dwindling foot traffic into his brick-and-mortar stores, Hsu opened a store on Alibaba’s C2C shopping website Taobao to test a new sales channel . His aim was to find new ways to drive business and acquire new customers. From that initial foray into China’s consumer market, he gradually migrated over to a Tmall store about seven years ago, allowing more chances for brand-building.

Last September, Hsu’s Ginseng was invited tojoin the Tmall Direct Import program, a channel operated by Tmall that sells selected premium imported products to increasingly sophisticated Chinese customers. The ability to move upstream to tap China’s growing middle class is important, says Hsu’s son, Will Hsu, a Harvard MBA who quit a high-profile job in the packaged-food industry and returned to help with the family business in Wausau, Wisconsin.

“More consumers were seeking out the product, as you had a burgeoning middle class, as you had Chinese consumers concerned about quality – flocking to quality – and really looking for product that is sourced from the United States, because of the history of growing in this region,” said the younger Hsu. “E-commerce platforms in general, along with Tmall specifically, give us that edge by having some kind of inherent built-in guarantees that the consumer is getting what they want. And there’s authenticity behind it.”

Will Hsu said sales generated by e-commerce channel have been growing 30 percent year-on-year since 2015, and the company plans to invest more in online marketing and operation.

That’s going to involve some nurturing and education of a younger generation that might not be fully aware of the benefits of ginseng. For that, Hsu’s Ginseng will turn to social media and content. The company also believes established customers can act as key opinion leaders to help promote the products via digital channels by sharing shopping experience, reviews and ginseng knowledge, or even recipes, as a sort of modern “word of mouth” impact that helped build the brand and business 40 years ago.

With better technology and the increasing demand for the product, Hsu’s has more than doubled its ginseng acreage from five years ago. Paul Hsu said his business wouldn’t have been able to scale up without help from local farmers, including friends who helped him with tractors and machinery and passed along growing expertise. Hsu’s company now employs more than 100 locals. His son said Paul was happy that the local community embraced him as an immigrant from Asia.

“In a smaller community like this, Wausau is maybe 50,000 people, the economic impact of ginseng, combined with the fact that we have employees actively engaged in the community makes a big difference,” said Will Hsu. “As far as whether the community accepted him, I think they have. They respect him as both a business leader and as a grower, but also as someone who has helped develop the community in a positive manner.”

Ginseng has become a benchmark industry in Wisconsin, due in no small part to Hsu’s company. Hsu served on the Wisconsin Governor’s Committee on International Trade from 1981 to 2002 and traveled with four Governors to China and Southeast Asian countries to promote Wisconsin-grown American ginseng.

“It plays a big role, because when the ginseng farmers are doing well, the economy does well. People are buying trucks and they’re buying houses and they’re employing people. And it’s a real sense of pride, too, because it’s something very unique and different and it’s a hard crop to grow,” said Lisa Barry, Sales Director for the Wausau Visitor’s Bureau, which is organizing a ginseng festival in September.

Paul Hsu said he realized his American dream on farmland in central Wisconsin in the past 43 years as a farmer. But as a first generation immigrant he’s not done dreaming yet.

“I have only achieved 10%, the next 90%, my son Will will have to build on this foundation I have laid. It’s going to be global and worldwide through Alibaba,” said Paul Hsu.