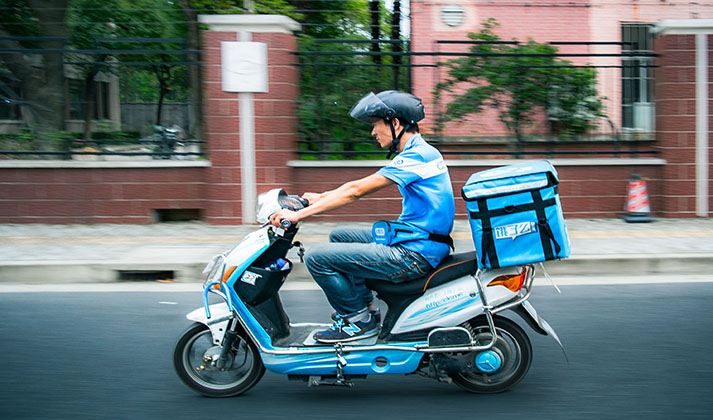 Alibaba Group on Monday said it would acquire all of the outstanding shares that it does not already own in Ele.me, a leading online delivery service in China, to deepen the platform’s integration into Alibaba’s ecosystem and further expand the technology company’s New Retail strategy for local services.The transaction implies an enterprise value of $9.5 billion for Ele.me.

Alibaba and its affiliate, Ant Small and Micro Financial Services Group, currently own roughly 43% of Ele.me, according to a statement. The companies had invested $1.25 billion in Ele.me in 2016.

New Retail, a termed coined by Alibaba founder Jack Ma two years ago, is a way of revamping the traditional retail space by creating a frictionless blend of online and offline shopping underpinned by cutting-edge technology. This allows vendors to bolster their engagement with customers and get quicker and more precise feedback on consumer preferences, thereby improving their business.

Many sectors across China are already implementing Alibaba’s New Retail strategy, from family-owned general stores, to home furnishing conglomerates such as EasyHome and grocery giants such as Sun Art Retail Group.

Industry watchers say several major players are racing to capture a greater share of the food-delivery market, which reached $10.7 billion in the fourth quarter last year, up 16.2 percent from the previous three-month period, according to Analysys. Last August, Ele.me merged with Baidu Deliveries in an attempt to consolidate the market.

“Ele.me’s fast local delivery service will build on its core expertise in food delivery to provide consumers with a wider range of products and service on-demand,” said the statement. The addition of Ele.me. will complement Alibaba’s affiliated local-services platform Koubei to “offer an integrated experience to consumers both online and offline,” it added.

The company said Ele.me will continue to operate under its brand and that Alibaba will offer full technical support and expertise to further digitize the operation. In addition, upon completion of the deal, the founder of Ele.me, Zhang Xuhao, will assume the role of chairman at Ele.me as well as serving as a special advisor to Alibaba’s CEO on New Retail strategy. Zhang will be succeeded by Wang Lei, a vice president of Alibaba Group.