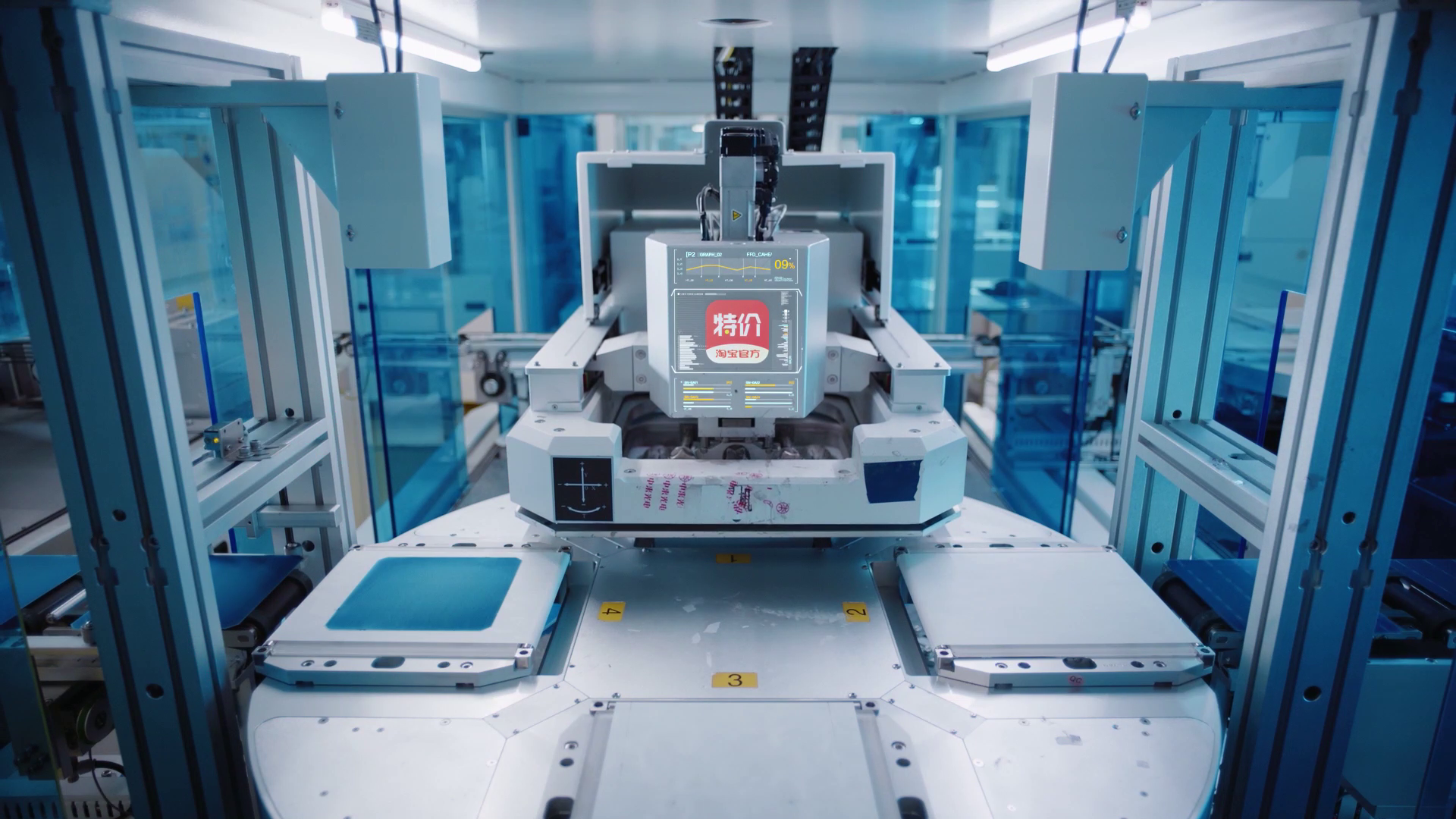 When many of China’s brick-and-mortar factories found their production and sales channels disrupted during the Covid-19 crisis, digitization of their operations through Alibaba Group’s tools and platforms became a new lifeline for survival.

Now, even as the country emerges from the pandemic, the strategy of going online is becoming increasingly important for factories to thrive in the 21st century.

As early as 2016, Alibaba identified the concept of New Manufacturing as one of the five new trends that would define how people conducted business in the future. The concept is similar to that of New Retail – another one of the five trends – in that it is consumer-centric and leverages both offline and online experiences and capabilities.

In a companywide statement issued in April, Alibaba Chairman and CEO Daniel Zhang said the company would foster 10 digitized manufacturing clusters and help 1,000 factories generate over RMB100 million ($14 million) in sales. This goal would be achieved partly through the company’s consumer-to-manufacturer strategy, which taps digital resources such as data insights and AI algorithms to help factories operate more efficiently and serve consumers more effectively.

The C2M model proved especially crucial during the Covid-19 pandemic as factories across China were forced to halt production. Even when operations resumed, manufacturers have struggled to generate pre-pandemic levels of business, as B2B buyers grappled with business disruptions of their own as well as consumer behavior that had shifted because of the health crisis.

Among the many affected factories was Guangdong-based auto-care products manufacturer Odis. The 14-year-old company survived the 2013 SARS outbreak, but the impact of Covid-19 was much worse, said its general manager, Qu Weihao. After the Chinese New Year break, sales dipped 30% compared to the year before.

As orders nosedived, Odis had to find a different way to generate revenue to stay afloat. That’s when the company was contacted by Alibaba’s C2M unit, which was seeing a surge in online searches for alcohol-based car-cleaning supplies beginning in late January, as consumers were becoming increasingly sensitive about preventing the spread of germs. According to Han Lei, a senior specialist for Alibaba’s C2M commodity-management team, the only way to meet the sudden spike in market demand was to work directly with a certified manufacturer.

“Alibaba’s C2M team worked with us throughout the entire product-development process. We had a clear roadmap of exactly what consumers wanted and how many units they needed,” said Qu, explaining how the C2M framework helped address the manufacturer’s knowledge gap when it came to e-commerce and end users.

Odis started producing car-cleaning products that consumers wanted and needed. These included portable sanitizing sprays containing at least 75% alcohol. With the help of Alibaba, Odis was able to adjust its production lines in three days to create these items. The process would have taken Odis three months to complete on its own, said the factory. Based on analyses of consumer preferences, the factory also started making their sprays in plastic bottles instead of aluminum cans.

“The need to meet specific market demands and to create value for consumers is ongoing,” said Han. “We try to work with factories to finetune product features and make sure every batch of new products can become the next best thing in the marketplace.”

To bring consumers closer to Odis’ products and to help the factory better manage its inventory, Han’s team leveraged Alibaba’s digital ecosystem and organized a campaign on Tmall, allowing consumers to pre-order the disinfectant spray before production kicked off. More than 200,000 bottles of the spray were sold within 24 hours. Alibaba also created a new section for car-sanitization solutions across its online marketplaces.

Thanks to the C2M team’s efforts, online sales accounted for more than 90% of Odis’ revenue during the pandemic. When the coronavirus spread overseas, Odis’ clients in other countries also started showing interest in the product, which had already proven successful with Chinese consumers, with sales passing 10 million units. Since March, the factory has sold close to 30 million more bottles overseas. According to Qu, “making the right product at the right time” became Odis’ key to success during the coronavirus outbreak. To maintain its competitiveness, the factory says it will continue using a C2M strategy to inform its operations.

C2M as a Long-Term Strategy

According to Han, the move to C2M will benefit manufacturers in the long run. Aside from making them more flexible in times of crises, by pivoting online and selling directly to end users, factories can also save an average of 20%-30% in production costs. He also said that the model has huge potential in China’s lower-tier cities, where the majority of the country’s consumption growth is expected to take place in the next 10 years. According to a study by Morgan Stanley, these consumers are in search of bargains but are also increasingly willing to pay more for things that are better designed and of higher quality – traits that can satisfied by custom-manufactured products.

Getting factories to embrace the C2M model, however, is not without its difficulties. As someone who has experienced it firsthand, Qu says that manufacturers need to be open to engaging with every step of production in order to succeed.

“This means a lot more responsibilities beyond traditional production, such as user designs and online marketing,” he explained.

Understanding such obstacles, Alibaba launched a factory-incubation program, which offers online resources, account-management support and other tools to help manufacturers make the transition to C2M. It also recently launched Taobao Deals, a dedicated app which offers shoppers direct-from-factory goods at highly competitive prices. So far, more than 500,000 factories and 1.2 million production-capable suppliers in China have signed up to the platform.

“As long as factories are willing to invest in their digital C2M transformation, our team will connect them with the right idea and capable buyers,” said Han. “Opportunities come to those who are prepared,” he added.