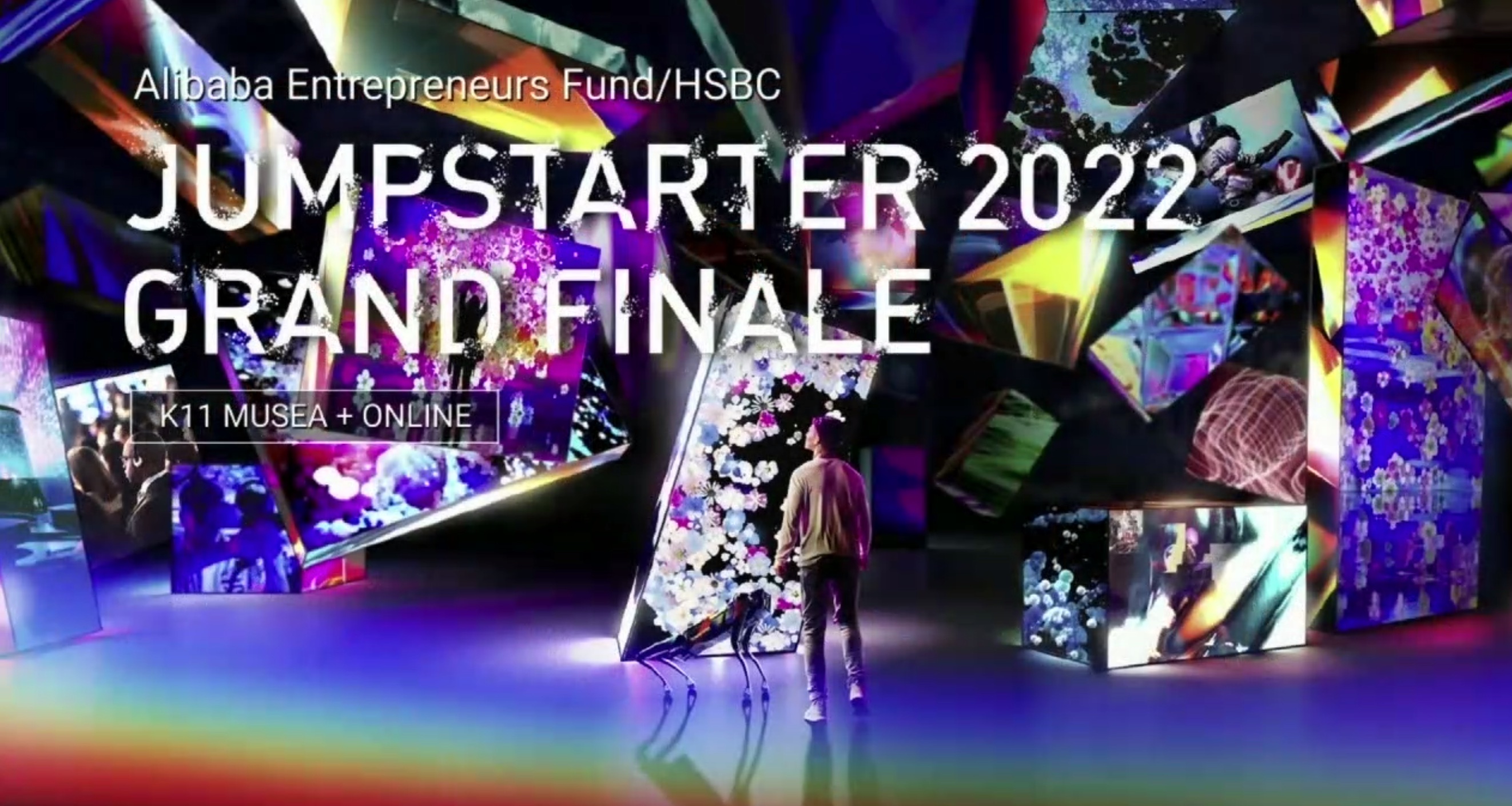 Jumpstarter is a not-for-profit competition created by Alibaba Hong Kong Entrepreneurs Fund and sponsored by HSBC to foster innovation in Hong Kong.

Many of the entrepreneurs in the competition started their businesses to help combat the biggest crises facing society, such as climate change and healthcare.

Gense Technologies, a portable medical imaging device developer, and Open Ocean Engineering, which makes zero-emission boats that scoop trash out of the sea, were representative of the many healthcare and sustainability entrants this year.

“It was great to see many outstanding sustainability start-ups, most of which are from Hong Kong,” said Cindy Chow, Executive Director of Alibaba Hong Kong Entrepreneurs Fund, in a statement.

The two winners get to take home up to $4 million, including co-investment from competition co-organizers: Hong Kong Cyberport Management Company Ltd and Hong Kong Science and Technology Parks Corp, both of whom have long nurtured fledgling businesses in the financial hub.

“From Jumpstarter 2022, we have seen a number of outstanding start-ups bringing innovative solutions to tackle problems and adding new value to the community,” Cyberport CEO Peter Yan said in a statement.

The competition’s top 10 finalists are eligible to participate in exchange programs arranged by Alibaba Hong Kong Entrepreneurs Fund (AEF) to explore the Greater Bay Area through interactions with other startups and corporates across the region.

“Network is a hidden wealth and being on a platform like this really helps our start-up journey,” said Sidhant Gupta, Founder and CEO of Open Ocean.

AEF is a not-for-profit launched by Alibaba Group in 2015 to promote innovation and technology. It has invested over $80 million in nearly 60 startups to date.

Watch to learn more about Open Ocean, one of Jumpstarter’s winners this year

A quarter of the teams pitching in Jumpstarter espoused social goals that go beyond the role of a corporation to maximize profits.

One such entrant, Carbon Infinity, has developed a device to capture the excess CO2 from the air we breathe.

Direct air capture will likely play a crucial part in the global push towards net-zero carbon emissions. One study by the National Academy of Sciences found we’d need to remove 10 billion tons of carbon dioxide a year by mid-century.

A large number of entries were related to healthcare, with medical equipment and testing & diagnostics being two of the most common sub-sectors.

The do-it-yourself devices created by Gense make it possible to diagnose and manage often expensive liver, lung and kidney diseases at a fraction of the cost of traditional channels.

Gense CEO and Co-Founder Justin Chan said the start-up will use the Jumpstarter winnings and publicity to exand in Europe and the U.S. in the coming year.

“Many startups had maintained a swift and innovative mindset, empowering themselves to face adversity during the pandemic,” said Chow.

Calling Out Around the World!

The competition attracted more than 600 startups from over 60 countries and regions, as entrepreneurs the world over vied for opportunities to expand in China’s Greater Bay Area.

The bulk of entrants came from the Asia Pacific region, including Hong Kong, Mainland China, Malaysia, Indonesia and Singapore.

Some finalists, like London-based Carbon Infinity, hail from further afield, but they too are focused on expanding in Greater China.

“[Hong Kong] is a good place to lay the foundations for a company and a great base from which to grow,” the company’s CEO and founder David Izikowitz told Alizila.