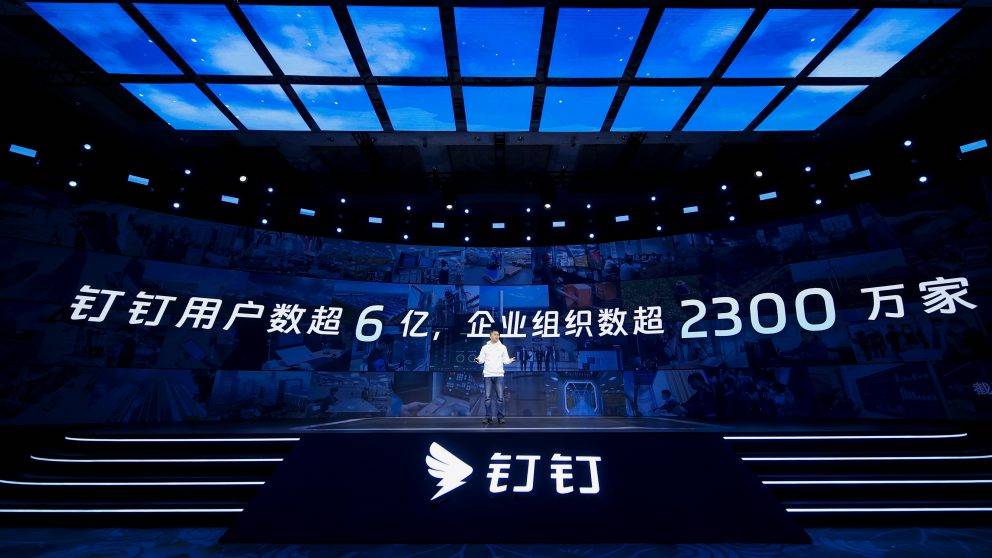 By Chloe Shen and Ivy Yu
|

In other news, the group also unveiled senior management changes, including Wu Zeming stepping into the Chief Technology Officer (CTO) role and Jeff Zhang focusing on the research and development.

Its corporate users have crossed over 23 million, and its daily average users paying for its services have hit 15 million. DingTalk laid out its commercialization plan earlier in the year.

The platform has vowed to help corporations accelerate their digitalization. It has made serving large enterprise clients its strategy and has launched three paid versions that allow corporations to customize their platforms.

In a separate move, Jeff Zhang will focus on his role as head of the Alibaba DAMO Academy and no longer serve as President of Alibaba Cloud Intelligence. Jeff will continue to be responsible for Alibaba’s proprietary chip development team T-Head and Internet of Things (IoT) initiatives.

In Jeff’s stead, Daniel Zhang, Chairman and CEO of Alibaba Group, will assume the role of acting President of Alibaba Cloud Intelligence and responsibility for the communication and collaboration platform DingTalk.

Watch: Jane Jiang on the future of work

On April 1, 2023, Jane Jiang will succeed Judy Tong as Group Chief People Officer, a role she has held since 2017.

One of Alibaba’s 18 original co-founders, Jiang is a senior executive in the company’s human resources team, responsible for personnel management, including the safety, community-building and satisfaction of employees.