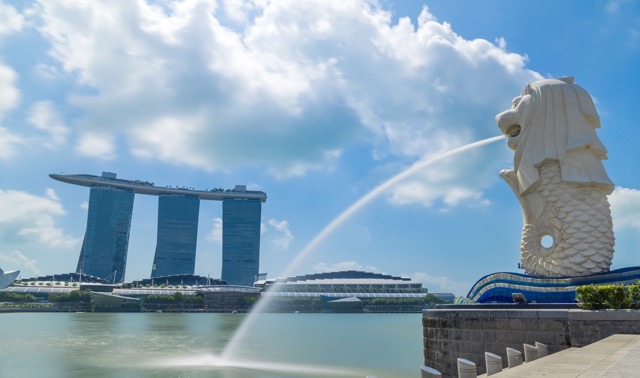 The Singapore facility is the second overseas data center to be opened this year by Aliyun, Alibaba Group’s cloud computing arm, as the business unit expands internationally. Aliyun launched its first overseas data center in Silicon Valley in March and plans to establish others in the Middle East, Japan and Europe. China’s largest provider of cloud services, Aliyun as of June 30 counted 1.8 million customers, including major Chinese companies and public agencies.

The Singapore data center—Aliyun’s seventh overall—will provide a range of cloud services to companies operating in Southeast Asia with an initialfocus on Chinese businesses, according to Aliyun. When it opens next month, the center will be networked with the company’s existing centers in Beijing, Hangzhou, Qingdao, Hong Kong, Shenzhen and Silicon Valley.

While Alibaba Group derives most of its sales from its China e-commerce websites, the company sees cloud computing as an important new revenue source as it capitalizes on its extensive Internet and data-storage infrastructure to provide cloud services to other companies in China and abroad. Alibaba said revenues from cloud computing and Internet infrastructure increased 106% year-on-year in the quarter ended June 30 and 82 percent compared with results from the prior quarter.

In addition to hosting the data center, Singapore will also become the headquarters for Aliyun’s overseas operations, the company said.

“Singapore is a naturallocation for our international cloud operations headquarters,” said Aliyun Vice President Ethan Yu, in part because the city-state is a “springboard” for Southeast Asia, which continues to attract foreign investment. “We are seeing healthy demand for cloud-related data management services in Singapore because of the ease of doing business and comprehensive transport and telecommunications connections,” Yu said in a statement, also citing Singapore’s stable political climate and skilled workforce as additional advantages.

Although not scheduled to open until September, Aliyun’s Singapore facility is already allowing companies to pre-order “elastic” cloud services, computer resources such as processing power, storage and network bandwith that can be scaled up and down to meet user demand. Additional offerings planned to become available in September will include relational database services; server load balancing; cloud-based data caching and storage; storageandreal-timeaccessto massstructureddata; and security services such as protection against hacking and Distributed Denial of Service (DDoS) attacks.