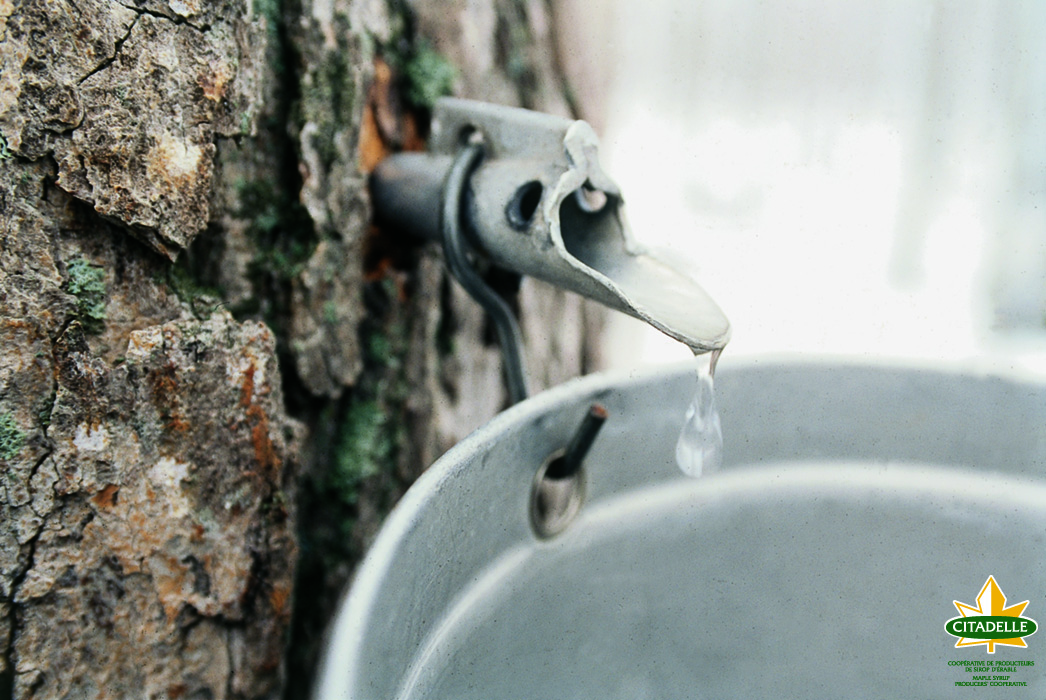 Chinese consumers have proved themselves connoisseurs of fine wines from Italy, gourmet cheeses from France and freshly caught abalone from New Zealand. And if one Quebec-based farmer’s cooperative has anything to say about it, China’s refined palate will soon crave a certain Canadian delicacy as well: maple syrup.

That’s what Citadelle, the world’s largest supplier of 100 percent pure maple syrup, is aiming for. While the pasteurized sap of the country’s iconic trees may not seem like it belongs in the same rarified air as, say, a dry Chianti or pungent Brie, Director of Business Development Philippe Leblanc insists it is. Though for different reasons.

“We feel Chinese consumers are looking for healthy and safe food, especially imported food,” Leblanc says. “And when it comes to sweeteners, maple syrup is the healthiest option available.”

He points to the fact that maple syrup has 25 percent fewer calories than what many might view as a more obvious sweetener, honey. Also, maple syrup is doctor-approved for infants under 12 months old, which honey is not, making it attractive for a key consumer demographic in China—newborn mothers— according to Leblanc. Finally, unlike all other sweeteners, he says Citadelle’s top crop is chock full of nutrients, minerals and antioxidants, things which other sweeteners are sorely lacking.

Those selling points, coupled with a trusted brand name in Canada, should help Citadelle find an audience among China’s consumers, Leblanc says. The 92-year-old coop, comprising 2,000 family-owned farms, processes and bottles all of its maple syrup in Quebec. That allows for full quality control from tree to table, and Citadelle has numerous certifications attesting to that quality, including one from the British Retail Council and another from Fair for Life.

“We’re the only maple-syrup producer to have these quality standards,” Leblanc says. “We offer quality and consistency. And total traceability.”

Citadelle is no stranger to foreign markets—it’s already selling to 52 of them. In fact, the coop has been selling into China through distributors for 17 years already, although only in brick-and-mortar stores. That had meant a limited reach for the brand, stunting its potential growth. But after finding success over the past year on Tmall’s Canadian Pavilion, a dedicated channel on Alibaba’s B2C shopping site, Citadelle decided to update its strategy.

The company is venturing that with a population of nearly 1.4 billion people and a developed infrastructure for online shopping, e-commerce will offer the chance to take a much bigger piece of the market in China. “We feel we can reach a much larger audience on Tmall,” Leblanc says.

To tap that consumer demand, Citadelle is getting help from Vancouver-based JustOrder Technology, a full-service distributor that handles everything from logistics to digital marketing on Alibaba’s platforms. JustOrder sells its clients’ products into China via Alibaba’s cross-border e-commerce site, Tmall Global, and it handles the marketing of those products as well. The promotion will be important for Citadelle because while China uses a lot of sweeteners, not least plain old sugar, “people just don’t know about maple syrup,” says JustOrder’s export director, Jerry Chen.

“So awareness is the first door we need to crack,” he says.

Two years ago, Citadelle held cooking contests around the inclusion of maple syrup in traditional Chinese recipes as a way to engage potential customers. Now, following the sales bump from the Canadian Pavilion, Chen is leveraging tools offered by Tmall to draw more significant interest. For example, he uses Alibaba’s online advertising service, Alimama, to get the Citadelle brand in front of as many shoppers as possible, while monitoring customer comments to react to demand in real time.

Chen also bundles the maple syrup with other products such as oats, and even ice wine, to leverage the brand power that all products in Canada have given its reputation as a source of safe, quality goods. And maple syrup has become an icon of the country in its own right.

“We believe maple syrup is a perfect gift for someone to give to somebody for a taste of Canada,” Chen says. “Even the Canadian Embassies will buy it from our Tmall Global store to give it as a gift for Chinese New Year.”

So far, Citadelle has found a market between two specific types of buyers: women who by the 250-milliliter bottle for cooking at home, and mom-and-pop caf√©s who purchase the 1-liter plastic jar to serve to customers. (The latter group buys from Tmall Global the way small-business owners in the U.S. might shop at Costco.) There’s also a 100-millilter bottle in the shape of a maple leaf that is typically given as a gift.

Chen says the many potential uses for maple syrup beyond cooking—such as in cocktails—mean that this is not a niche product. Therefore, the target audience should continue to grow.

“And when you have a reputable company like Citadelle,” he says, “it’s an easier sell.”

On Sept. 25, Alibaba Group will host a conference in Toronto calledGateway ’17 Canadato help Canadian businesseslearn about the opportunities available to them in the China market and network with like-minded entrepreneurs.The event is currently sold out. But please visitgateway17.comfor more information, brand success stories and to learn how to take your first steps toward selling to China.