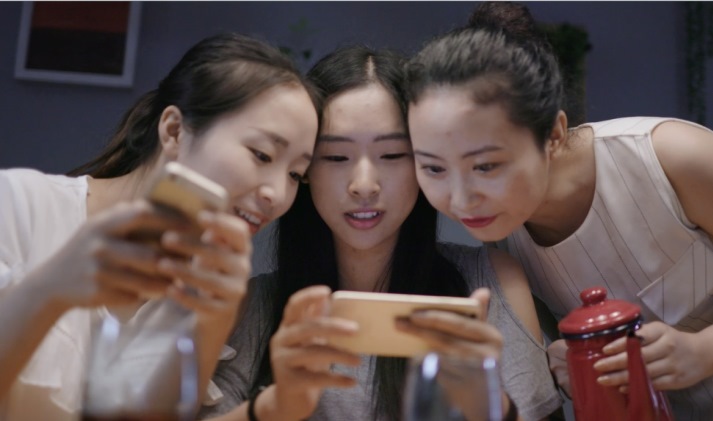 China’s largest e-commerce app Mobile Taobao is seeing a spike inuser engagementas its owner, Hangzhou-basedAlibaba Group, continues to roll out features that allow consumers to do more than just shop. Both the number of users and the time they spend on the app have risen, according to the company’s latest figures. And this engagementis the Holy Grail for e-commerce, as the more time consumers spend on a site the more likely they are to buy.

Alibaba says its e-commerce platforms, which also include B2C-focused Tmall.com, now operate as lifestyle channels.Rather than merely logging on to buy apparel, gadgets and cosmetics from their favorite brands, Chinese consumers are using Taobao to interact with those brands—and each other. And with mobile devices now the preferred method for accessing the internet in China, especially when shopping online, that engagement is increasingly playing out on Mobile Taobao.

During a speechearlier this month at the Consumer Goods Forum Summit, CEO Daniel Zhang noted thatthe average Mobile Taobao user spends more than 20 minutes a day on the app. Compare that with Amazon Mobile’s 8.9 minutes, according tomedia research firm ComScore.”This is quite long considering the nature of shopping,” Zhang told the summit.

Indeed, ComScore reports thatusers spend 17 minutes on YouTube, 9 minutes across all of Yahoo’s sitesandjust one minute onTwitter, all of which are content-richsiteswhere internet surfers are more traditionally thought to spend their time. But as brands leverage their own content to boost interactions with consumers through Alibaba, the company’s platforms are increasingly seen as content destinations in their own right.

Here’s a primer on Mobile Taobao, includingthe number of monthly and daily active usersanda snapshot of what those users look like (hint: most are young). These 10 infographics also show how consumer-to-consumer interactions boostgross merchandise volume and drive growth for Alibaba, and highlightways thatmerchants are capturing the attention of China’sconsumers:

According to Alibaba, Chinese consumers are using Mobile Taobao 7.2 times a day per active user, and view an average of about 19 products in a 24-hour period. They also like to share their experiences with these products, posting 20 million reviews each day.

Fifty-one percent of Mobile Taobao’s users are female,andthree-quarters of all users are under 35 years old–a group that is becoming a major driver of consumption in China, according to Boston Consulting Group.Over the next five years, their share of total consumption will grow to53 percent from 45 percent now, BCG says.

Social commerce, where relationships between consumers help to drive sales online, got its start in China. In the early days of internet shopping, Chinese consumers typically bought only those products that had been recommended by family and friends. Mobile Taobao’s equivalent is Community, a forum where consumers canmeet and discuss their favorite brands and products. The large numbers of Community participants show that social commerce is still an integral part of Chinese buying behavior, though recommendations are now coming from an ever-widening group of people.

Mobile Taobao’s Q&A feature is another example of social commerce: Post a question, and fellow users will provide an answer. As this graphic shows, as many as 2 million people have participated in these forums in a single day, and the community answers over half of all posted questions within 10 minutes.

Sharing is both a way to discover new products when friends share with you, or endorse a product if you’re happy about it. On Mobile Taobao, 5 million visitors share products they’ve viewed each day.

How This Drives GMV

Alibaba didn’t disclose exact figures, but this chart shows the effect that user recommendations have on gross merchandise volume (GMV), or the total sales on the company’s e-commerce platforms. In the year ending in April, the amount of GMV generated from recommendations tripled.

Mobile Taobao’s newest feature is the Live Broadcast. Merchants are using it to draw the attention of consumers in real time, keeping them glued to their screens for everything from fashion shows to crab-digging festivals. Taobao Celebrity Chen Ke, pictured here, received 9 million “likes” from 1 million viewers during one of her broadcasts.

Content is at the heart of what Alibaba calls its “e-commerce media ecosystem.” Taobao Newsfeed provides consumers with engaging news and content related to shopping and retail, aimed atincreasing the time they spend on Alibaba’s marketplaces. In less than a year, the number of monthly active users has climbed to over 80 million, and more than 1,300 media outlets are providing content.

China’s local-services market is expected to see significant growth over the next few years, with some estimates putting the figure at $375 billion by 2018. Food delivery is a big category, but there are also tens of thousands of cleaning specialists, handymen and contractors, beauticiansandmany others offering their skills for hire on Mobile Taobao.