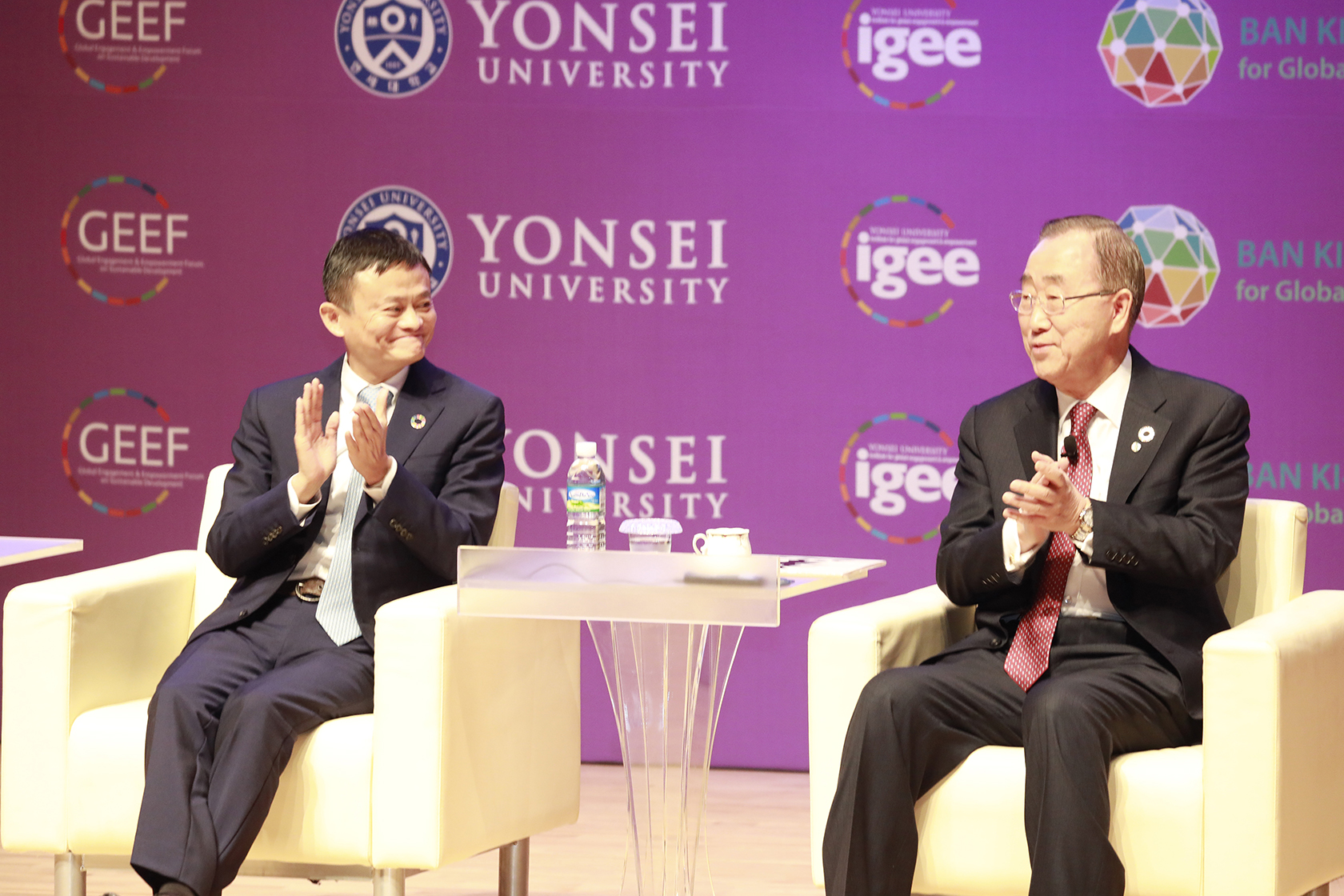 Artificial intelligence is here, and it will cause disruption and displacement, the Alibaba Group Executive Chairman told former United Nations Secretary-General Ban Ki-moon. And computers are superior to humans in many ways, able to out-calculate them and display better memory, he said, acknowledging the recent victories the AlphaGo computer achieved over the world’s top-ranked players in the game of “Go.”

But “robots will never replace human beings…No matter how smart computers are, human beings will be champions,” Ma told the audience of students at Seoul’s Yonsei University. “The world is not about smartness. The world is about heart. Wisdom is from the heart. The brain is about knowledge. If you compete with knowledge, the computer will win. If you compete with wisdom, the computer has no chance.”

The two men also addressed the issue of youth unemployment around the world. Again, Ma was optimistic, noting, “don’t worry about young people. They will tackle challenges on their own and very successfully.”

He said the focus should be on changing education systems to “let humans do things that humans are good at.”The next 30 years will be tough, and it’s important for systems to adapt to the difficulties before they take hold, he said.

“I love the technological revolution, but I’m concerned about its potential negative impacts. Talk to all the different players including governments, private entities, and urge them that we have to prepare ourselves now for this imminent change,” Ma said.

Ma said Alibaba views its responsibility as sharing knowledge and technology “to let people live a better life.” Everyone should be thinking that way, he said.

“If you want to be successful in the next 30 years, think about others, not about yourself,” Ma said.
“We are entering the DT (data technology) era, when we should enable others not just ourselves.”