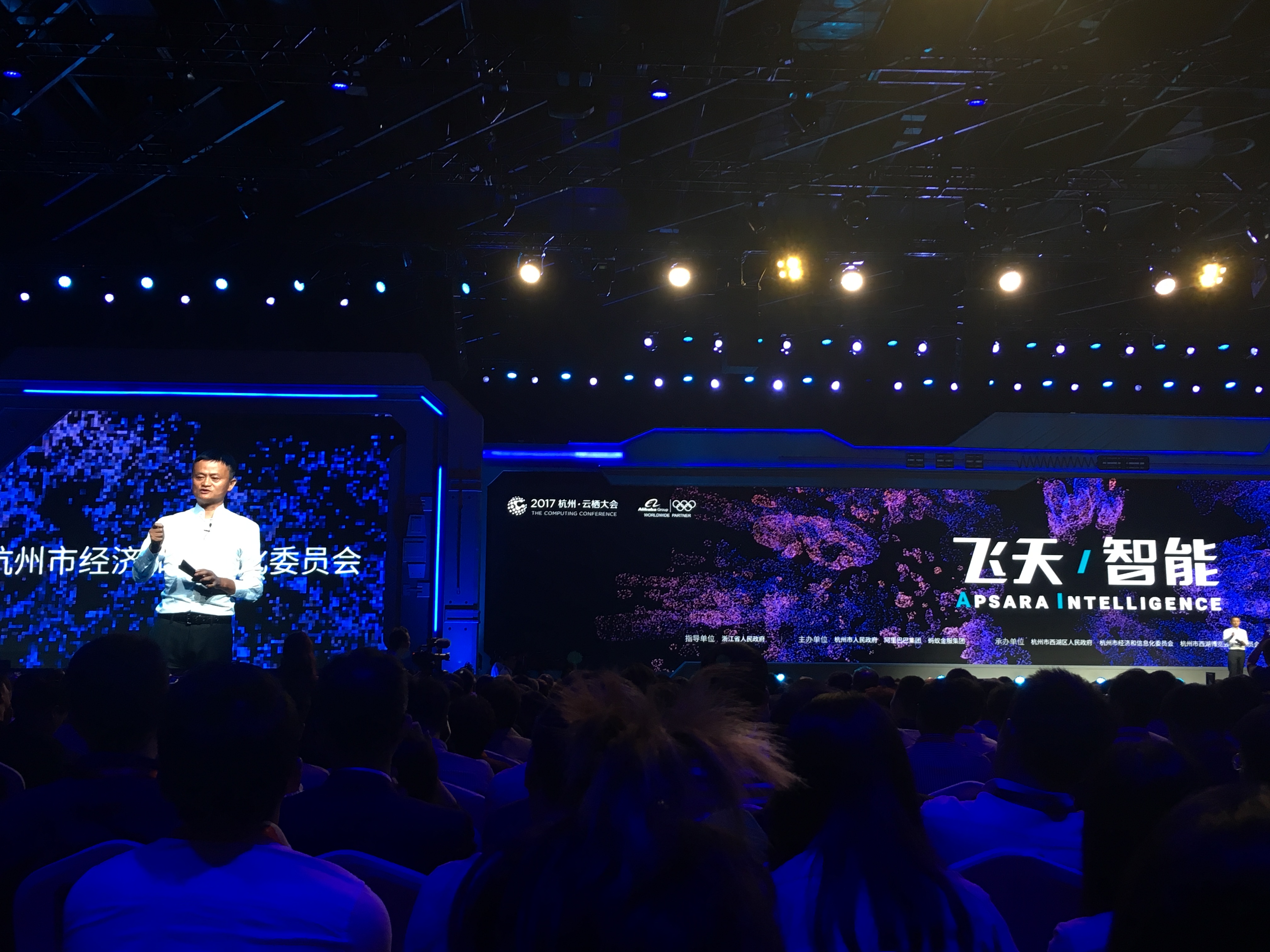 Addressing a standing room-only crowd attending the opening session of “The Computing Conference 2017,” the Alibaba Executive Chairman laid out his hopes and vision for the technology research academy announced minutes earlier by his Chief Technology Officer Jeff Zhang.

Alibaba said it will invest RMB 100 billion (US$15 billion) in research and development over the next three years. This investment will include the creation of DAMO Academy to attract world-class talent, build partnerships and open research laboratories in seven cities around the globe.

Its research areas will cover data intelligence, the Internet of Things, fintech, quantum computing and human-machine interaction. Within those areas, it will focus on real-world applications like machine learning, network security, visual computing and Natural Language Processing.

Ma explained that he green-lighted the academy’s launch only two weeks ago, after resisting calls for many years to emulate IBM, Microsoft and other technology companies that long ago established their own research labs. He said he wasn’t against the idea, in principle, and saw the importance of having one, but that when staff first broached the idea a decade ago, Alibaba wasn’t in the same strong position it occupies today.

At this point in the group’s development, he said, it becomes important to have a research academy to tackle and solve broader issues facing people, economies and broader society.

“Alibaba, now, at 18 years old, we have a lot of resources‚Ä¶and have about 56,000 young employees, and we have strong influence in the internet sector. We have accumulated experience, as well as trust and confidence from around 500 million consumers and users,” Ma said.

“Who gave us so many resources? Who empowered us?” Ma asked. “The public empowered us, and we must do something to live up to their expectations. We can’t just rely on the shortsighted vision of making more money. We have to develop the kind of vision that shoulders responsibility for the world.”

Ma said he was asked whether the DAMO Academy would be conducting research for fun or profit.

“Well, I don’t agree with either,” he said. “Research for fun can’t exist for long. It might be fun, but without money, it won’t go on for long. And research for money can lead to problems.”

Ma said a visit to another technology company several years ago cemented his view that research for pure profit was not a good approach.

“If the focus is on profit only, there’s nothing there about what kind of contributions you make to society or humankind,” he said.

The DAMO Academy focus, he said, will be on “solving problems with fun and profit.”

“Only by doing so will a research institute solve problems. For any organization, if they can’t solve problems in society, they won’t last long,” Ma said.

Ma said he’ll judge the Academy’s success by its adherence to three principles. First, it must outlive Alibaba, he said. He years ago laid out a target of Alibaba doing business for at least 102 years. The company is now in its 18th year, meaning it still has 84 years to go, and DAMO, therefore needs to run for at least 85 years, he said.

Secondly, the Academy, which is independent from Alibaba, should use the fruit of its labors to help the group grow itself into the size of the world’s fifth-largest economy by 2036.

If it can do that, he said, it will “help 100 million companies create opportunities” and “help solve problems for billions of people.”

Also in the problem-solving area, he said he wants the DAMO Academy to focus on being “future-oriented to solve the problems of the future.”

Ma said the DAMO Academy will learn from the research labs established by IBM, Microsoft and others, but for “their contribution to society, we will work our own route.”

“In the past, China always followed the steps of the U.S. or Russia. Why can’t China work its own path? We have the resources. With our technology and capital and responsibility, we can build a world-cass research institute,” Ma said. “DAMO will go beyond IBM and Intel and Microsoft, because it’s born in the 21st century and will take the late-mover advantage.”

He said he expects the Academy to eventually become self-sustaining, even as it solves societal problems and makes technology more-accessible and inclusive to make people’s lives better.