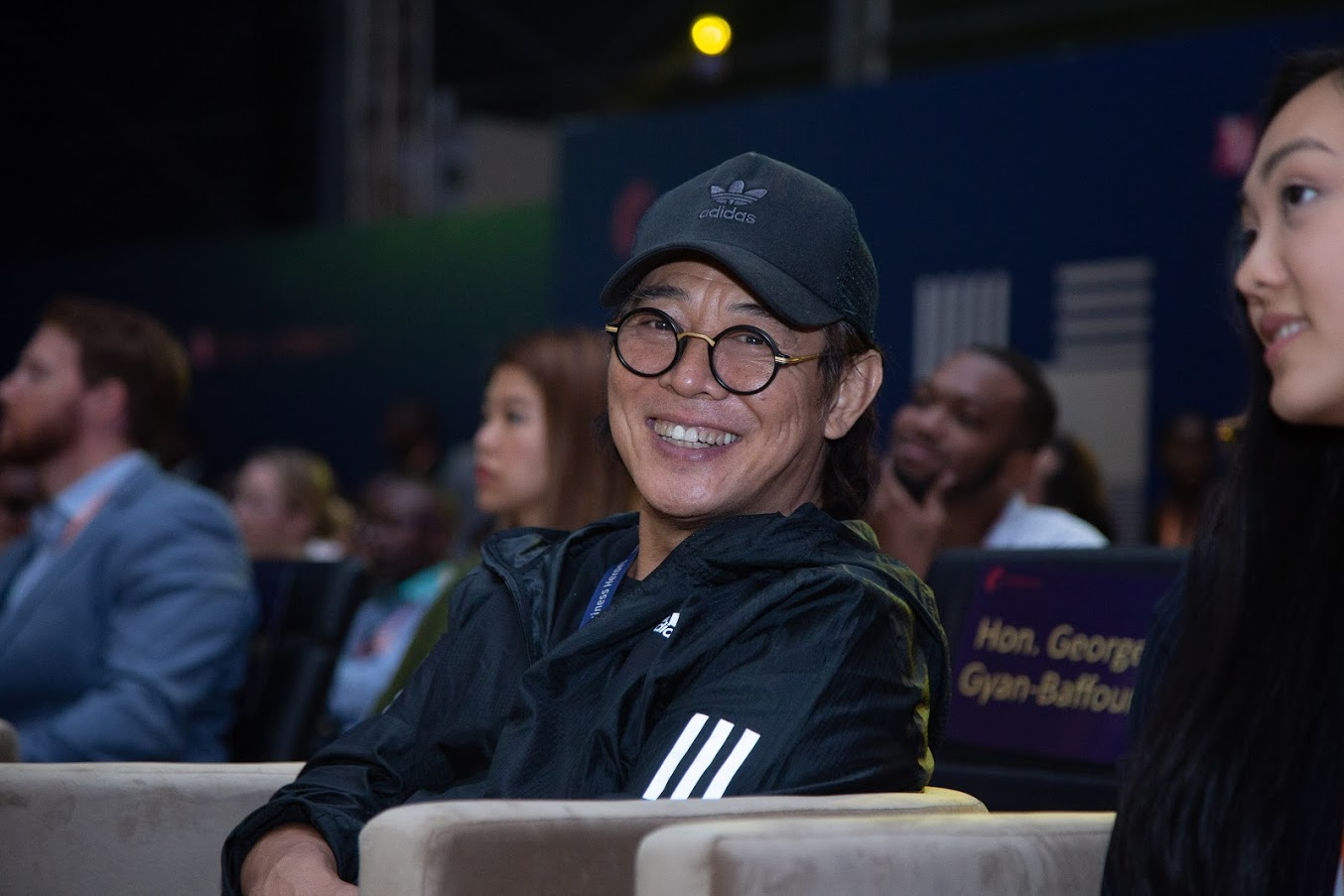 As a board member of the Jack Ma Foundation, martial artist, actor and philanthropist Jet Li has been involved some of the foundation’s key campaigns, including its Africa’s Business Heroes competition.

Now in its second edition, the ABH competition aims to provide entrepreneurs across Africa with a platform to showcase their business ideas as well as the chance to win a share of the US$1.5 million prize in grant funding. To date, the foundation has received 18,000 applications from candidates representing all 54 countries across the continent. This week, it also extended the deadline for applications to June 22 in recognition of the extraordinary circumstances facing small businesses due to Covid-19.

Ahead of this year’s competition, we spoke to Li about his experience participating in last year’s finale in Ghana, how he got involved with the project and why he thinks our global interdependence has made collaboration and mutual learning increasingly important.

This interview has been translated from Mandarin and edited for length and clarity.

What was it like to travel to Accra, Ghana, last November for the Africa’s Business Heroes championship?
In 1977, I represented China’s national martial arts team and toured 10 African countries for about 60 days. I was 13 at the time. It opened my eyes to many new life experiences, like traveling, flying on a plane, eating the local food and experiencing different cultures. Last year was my second time in Africa. Of course, it had changed a lot from what I remember from the 1970s. Participating in Africa’s Business Heroes showed me a different side to the continent. I heard many moving stories and new perspectives through the competition. Personally going to Africa really gave me a better sense of its cultures and the unique issues that it’s facing.

What inspired you the most about the entrepreneurs you met in Africa?
Last year, the first-place winner left the strongest impression on me. I’ve never heard of a business like hers: In some parts in Africa, women might not have easy access to well-equipped hospitals and so the risk of suffering excessive and potentially life-threatening blood loss can be particularly high during childbirth. Temie Giwa-Tubosun’s startup, LifeBank, delivers blood to pregnant women. We’re used to seeing deliveries of food or even daily necessities, but for me, this idea to deliver blood was astounding. Delivering blood could save the lives of mother and child. You wouldn’t realize this if you were to only donate funds instead of personally visiting Africa and witnessing the ingenious solutions to very real and unique issues.

Can you tell us a little more about the Jack Ma Foundation? How did you get involved?
I met Jack in 2007, when I set up the One Foundation. He helped me a lot at that time to decide our positioning and build an efficient, results-oriented platform. One Foundation is a public foundation. As a result, it has to adhere to many restrictions. For example, funds for earthquake relief can’t be used for rain-triggered disasters, while funds for landslides can’t be used to support diseases like the coronavirus pandemic.

I’m honored by the chance to help with establishing Jack’s foundation, too, which is a private foundation. That gives us more flexibility to immediately take action for problems we want to solve and projects that are Jack’s dreams. For example, in China, we focus on a few projects related to education – including rural education and the cultivation of teachers, principals and teachers-in-training. Africa is another dream of his. I’m grateful to take part in this meaningful project, which started purely out of Jack’s concern for humanity. We both love China’s wuxia culture and the idea that we should care about the greater good. It’s not enough to become wealthy and fight our own fight. We have to do something for our one human family.

What does the Jack Ma Foundation hope to achieve in Africa?
Africa has 54 countries and is home to 1.2 billion people. Jack said that since the population is relatively young, young entrepreneurs play an extremely important role in driving economic growth in the future. I agree very much with that. To truly bring change to Africa, young people would need to become role models and first change themselves. This is a fundamental kind of change. We want to spend 10 years to create a platform to help more young people with dreams become “heroes,” who set examples and inspire even more young entrepreneurs. Beyond the goal of cultivating 100 entrepreneurs, I’m even more interested in seeing how many young people would awaken to become heroes, how many more people they’d inspire and how much effort and funds they’d devote to motivating other young people. The future of Africa belongs to young people. Generation after generation, they will truly bring change to Africa.

What’s the significance of Africa’s Business Heroes for entrepreneurs?
They’d not only receive financial support – which can be extremely encouraging for a small business – but they would also gain access to experienced mentors and successful business leaders that can shed light on the issues they have now and can potentially have in the future. Their guidance can help entrepreneurs potentially avoid pitfalls. Whether it’s businesses that are just starting off, growing or scaling rapidly, they all face common issues and struggles. This platform encourages people to share their experiences, learn new things and encourage new generations of entrepreneurs.

What are some valuable lessons that you have learned in your professional career that might be useful for these entrepreneurs?
We’re all just people encountering different problems at different ages. Sometimes, I’d hear entrepreneur friends and young people complain about their problems and challenges. But if you turn the idea on its head, work is about solving problems. If everything in this world works perfectly, people wouldn’t need to work at all because there are no problems.

Also important for entrepreneurs is what Jack often says: You have to have to be passionate about and like what you do. Don’t just do things for the result, like making money. That doesn’t take you very far. It’s more important that you believe and feel passionate about a dream.

What is your definition of an entrepreneur?
In my view, entrepreneurs are people with dreams. They believe in something, are willing to own up to responsibilities and create results. An entrepreneur might say that they will build a plane that can fly. Other people would say they’d believe that only once they see it flying. The difference between an entrepreneur and someone who’s not is one needs to see the results before believing, while the other one has a dream and creates the results.

Why is supporting entrepreneurship important, especially in times of crises?
Entrepreneurship has always been important. It’s just that the pandemic has given rise to extraordinary circumstances. I’ve always believed that people have two arms for a reason: One arm is for building your business, dream, family, children and wealth, while the other is for helping others – your friends, business partners, community, country, people and the world.

In a speech I made at a UN fundraiser for tsunami response in 2005, I asked the audience – including some national leaders in attendance – to imagine the human collective as a person’s body. If any part of the body is hit by a virus, and if it’s ignored, it will sooner or later affect the entire body. That metaphor was a thought that came to mind while meditating. I couldn’t have imagined that mankind today would face a devastating pandemic. We are all learning. At a time like this one, it’s meaningless to keep fighting, blaming and undermining one another. Only when every cell and organ works together to solve the issue would the body be healthy.