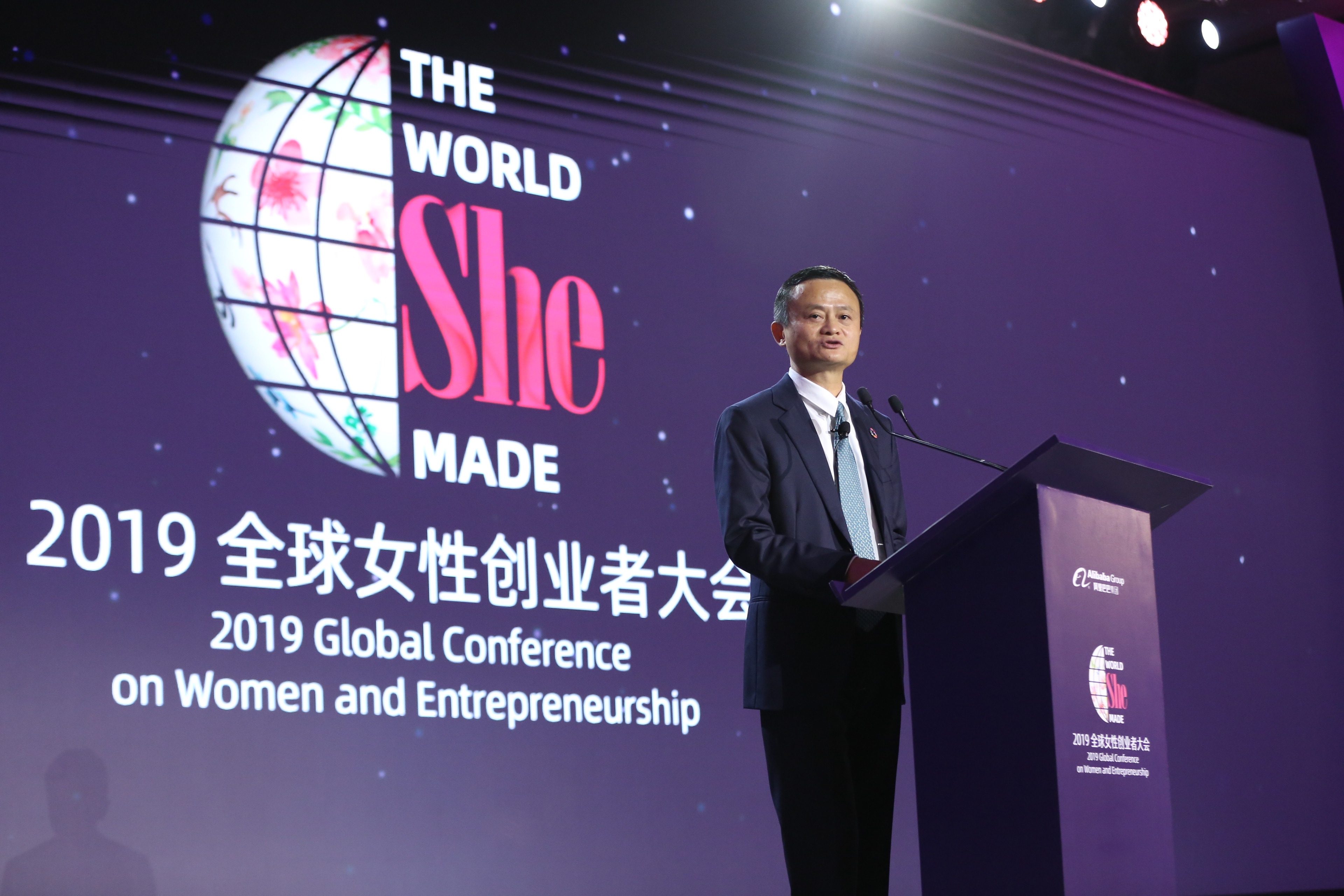 All stakeholders – governments, the private sector, those at the community level – must continue to provide opportunities for women in work, earning a fair income, having a voice in their families and dictating the course of their own lives, said Melinda Gates at Alibaba Group’s third Global Conference on Women and Entrepreneurship, held in Hangzhou on Wednesday.

The co-chair of the Bill and Melinda Gates Foundation said that women and girls in the world have been left behind in these areas, especially when it comes to participating in the global economy – “and the world is losing out, too,” she said in a pre-recorded video that was played at the event.

Gates cited a study that estimated the global economy could gain as much as US$28 trillion by 2025 if women participated in the labor force as much as men. Therefore, investing in economic empowerment of women – including entrepreneurship – is not only the right thing to do, but the smart thing as well, she said.

“When we remove the barriers that prevent women from participating in the economy, the benefits don’t extend just to the women themselves,” said Gates. “They extend to families, communities and even entire countries.”

Alibaba first launched the biennial conference in 2015 to jumpstart a conversation among women in China on empowerment and personal fulfillment as entrepreneurs, leaders, policymakers and role models for future generations. This year’s conference was expanded to include breakout sessions outside of China, with events in Tokyo, Jakarta and Sydney in addition to Hangzhou.

Alibaba Group Executive Chairman Jack Ma, who also spoke at the conference, agreed with Gates that greater female participation would better the world.

“Women have always played an integral role in Alibaba since its establishment two decades ago,” Ma said, adding that as a UN Sustainable Development Goals Advocate, achieving gender equality is the goal he cares about the most and is one of the most-important issues in the 21st century.

Currently, one-third of Alibaba founders and executive leadership is women, according to the company. Women also represent nearly half of the entrepreneurs on Alibaba’s platforms, it has said.

Ma expects the increased participation of women in developing future technologies and products will drive progress for society, much as they helped to lead Alibaba’s adaptability to the massive changes seen both in China and the internet sector over the past 20 years, he added.

“In my observation, the percentage of female employees is positively correlated with a company’s capacity for sustainable growth,” Ma said. “If you want your business to succeed, it is critical to appoint enough female leaders.”

In a video message, Rihanna shared her experience launching her make-up brand, Fenty Beauty. “You’re going to be faced with challenges, but stick it out and you can overcome all of them,” she said. “Just remember you’re a woman, and your determination as a woman can get you anywhere.”

Rudd, appearing live via a feed from Sydney, talked about overcoming self-doubt as a female business owner.

“Self-doubt is good ‚Ä¶ It is far better than certainty. Doubt is a sign of intelligence. It is a sign of wisdom. It is what the world needs now. Doubt is considering, wondering, challenging, questioning,” she said.

“Can we? Should we? What if we’re wrong? Is this stupid? Is there a better way? These questions should – must be – at the forefront of every leader’s mind,” she said. “Humility belongs at the decision-making table. We [as women] belong.”

WATCH: “Watch Out for This Woman”

The World She Made

To celebrate the achievements of women around the world, Alibaba launched a media campaign to coincide with the conference that put a spotlight on exceptional female leaders, entrepreneurs, designers, livestream hosts and athletes who are taking charge and making an impact

The campaign’s tagline, “The World She Made,” gave the conference its theme this year. The conference saw a roster of distinguished guests, including Gates, Rudd, Phumzile Mlambo-Ngcuka, the UN under-secretary-general and executive director of UN Women, Tomomi Inada, a member of the Japanese House of Representatives, and supermodel-turned-designer Lv Yan.

In addition to business leaders and policymakers, Alibaba also highlighted the stories of women entrepreneurs who have followed their passions, such as “Cake Sister” Gu Yafen, who owns three bakeries and has won the Guinness World Records for the most buns bagged in 30 seconds (84 buns), and Yang Guang, the popular 73-year-old Taobao model, whose photos will appear first in search results when shoppers look for “senior apparel.”

Another featured entrepreneur was Chen Yan, who was born with congenital blindness. Despite not being able to read music, Chen mastered several instruments and later became the country’s first blind piano tuner.

She started her own piano-tuning business in 2004 and, 11 years later, opened a piano-tuning service on Taobao. Today, her Taobao business has hired and trained over two dozen visually impaired piano tuners and serves thousands of customers around the country.

“My message to all female entrepreneurs is just do it,” she said. “Don’t dwell on the hardship because if you only focus on the difficulty, you will never take the first step.”