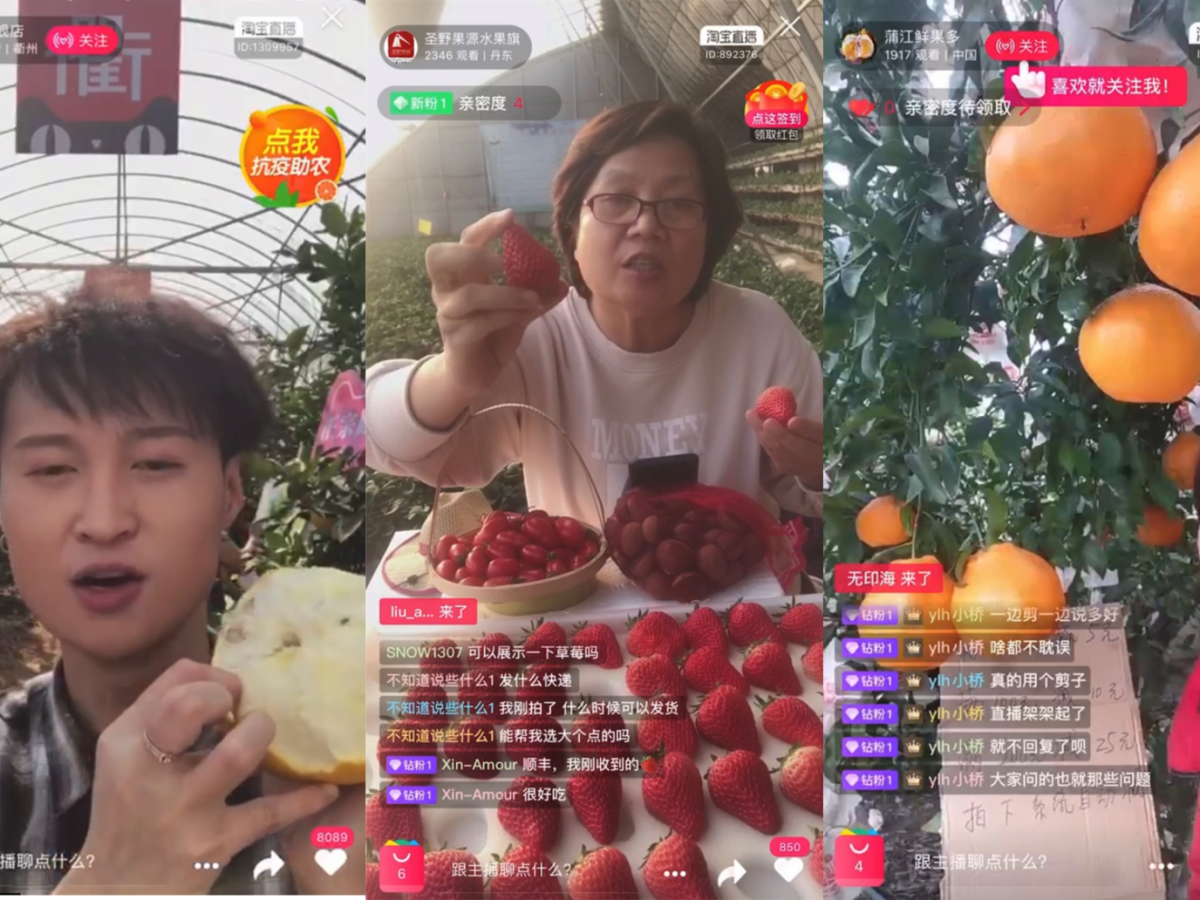 On Feb. 13, Sanya mayor A Dong appeared on Taobao Live to promote his city’s Jinhuang mangoes. Broadcast from the picturesque Hailuo Farm, the video livestreaming session drew over 25,000 views and 30,000 kilograms of fruit sold out in under two minutes.

As measures to stem the coronavirus outbreak in China disrupt traditional supply chains and force many offline trading centers to close, a growing number of farmers and local leaders are looking for innovative ways to ensure fresh produce from village farms still makes it to consumer tables.

Livestreaming, in particular, has become a popular tool for selling fruits and vegetables that would have otherwise gone to waste. Since launching its Rural Support Program on Feb. 6, Alibaba Group has opened up its Taobao Live platform to farmers for free. Taobao also opened up its Foodie Livestream channel to connect farmers across China with its 41 million followers. 15 million kg of products were sold during the first three days of livestreaming. The channel has been promoting farm-fresh produce daily ever since.

Farmers in rural China started to embrace livestreaming even before the virus outbreak.

According to Taobao Live, it hosted 1.6 million sessions featuring agricultural products in 2019. Not only has the platform reported soaring growth since February, but more than 1,000 livestream hosts and companies from different occupations and sectors, including fashion merchants and cosmetics KOLs, have also been using their sessions to show support for farmers and help promote their products to viewers.

Aside from making livestreaming tools easily accessible to farmers, Alibaba’s Rural Support Program leverages the company’s extensive ecosystem, tapping into multiple platforms to form an end-to-end network between rural supply, urban demand – and everything in between.

After setting up a Green Channel for the expedited transportation of medical supplies, Cainiao, the group’s logistics arm, opened a second channel for the delivery of agricultural produce. Orders placed via Taobao livestreams are shipped within 72 hours to over 50 major cities using Cainiao’s network. The company said it has mobilized 34 partners to create new and direct routes to transport truckloads of mangoes and melons from the southernmost tip of China all the way to cities like Beijing in three days and to Shanghai in just two.

Freshippo, Alibaba’s new-retail driven grocery chain, this month bolstered the company’s efforts to bring fresh goods closer to urban consumers. Since Feb. 1, it has sourced more than 600 tons of fruits and vegetables from farmers across the country. To reduce risks of spreading the virus, shoppers can place orders directly through the Freshippo app and select the non-contact delivery option.

Furthermore, Alibaba enlisted the help of 30 renowned agricultural experts in China to identify and recommend solutions to regions most affected by the virus. And Taobao set up a RMB1 billion fund along with 10 measures to support farmers, including a dedicated DingTalk number for agriculture-related issues.

According to the company, the Rural Support Program taps into all the tools and resources at Alibaba to help farmers harvest, package, transport and sell their goods. Since its launch, an estimated 18,000 tons of agricultural products have been sold under this initiative.