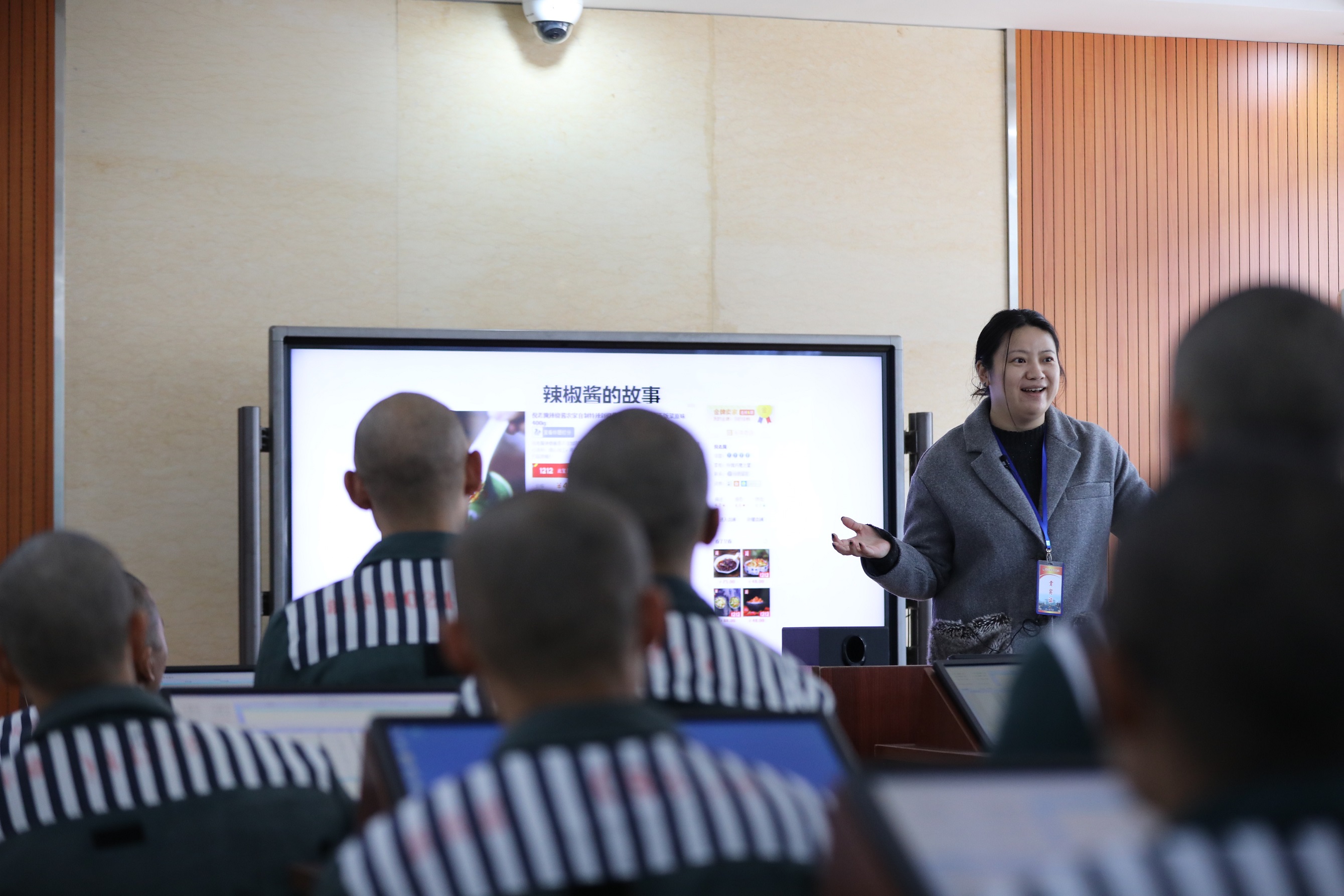 When Su Su walked into Zhejiang Province’s largest prison earlier this month, the last thing she expected to see was a well-lit room with over 30 well-mannered prisoners sitting at desks, eagerly waiting to soak up the presentation she had prepared.

“I was so nervous that I didn’t sleep a wink the night before,” said the Taobao University instructor who was invited to teach a class on e-commerce at the Qiao Si Prison on Dec. 11 as part of the Alibaba’s longstanding commitment to community service.

Established in 2009, Taobao University—named after Alibaba’s premier consumer-to-consumer (C2C) retail platform—is the education arm of the Hangzhou-based tech giant. Led by a team of industry’s top players and e-commerce specialists, the University aims to offer people worldwide practical insights and useful know-how to help them start up or broaden their online business.

During the two-hour session, Su Su, who is also a vendor on Taobao, spoke to the class of inmates about her own struggles and successes of opening a shop on the platform from scratch as well as real-life case studies from her own encounters with customers. According to the prison, all of the inmates who attended the class are well-educated and most of them had white-collar jobs prior to their sentence.

“There are definitely many talented individuals inside here,” said Su Su, recalling a particular bespectacled prisoner who was able to quickly resolve some technical issues with the audio-visual system in the classroom that day.

As one of the few correctional facilities in China that has a pre-release reintegration program, Qiao Si Prison offers various courses such as massage therapy, auto repair, tailoring, and tea cultivation to help prisoners to have an as-smooth-as-possible transition back to society upon release.

However, even with a marketable skill, many former ex-convicts still have a hard time landing a job because of their prior record, making e-commerce be a good way for them to get a second chance in life, said a representative from prison.

As part of the course, prisoners learn the skills needed to run a successful cyberstore, such as how to deal with customers, what equipment they need, and how to make sure the merchandise is attractive to buyers.