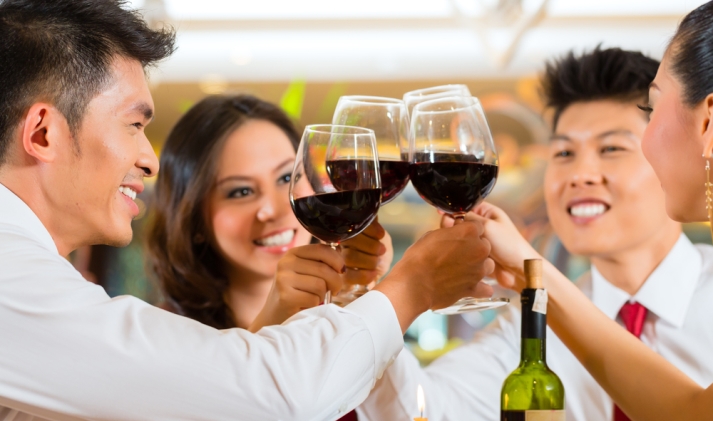 On Sept. 9, brands such as Robert Mondavi Winery and Gallo Family Vineyards of the U.S., France’s Lafite and Japan’s Suntory Yamazaki will join winemakers from Italy, Spain, Australia and New Zealand in the first of what’s expected to be annual shopping event on Tmall. Hundreds of brands also will make their China debut during the festival, Alibaba said.

“We have worked closely with the industry to introduce a great diversity of high-quality wines and spirits from all over the world to Chinese consumers,” Alibaba CEO Daniel Zhang said at a press conference announcing the event on Tuesday.

Once a trend popular among only China’s wealthy elite, wine has since caught on with the country’s roughly 152 million middle-class consumers. Those in so-called first-tier cities such as Beijing and Shanghai, as well as Chinese twentysomethings, are the main demographics driving this growth, according to market researcher Wine Intelligence. The U.K.-based firm estimated that 48 million people in China drank imported wine last year, up 26 percent from 38 million in 2014.

Wine Intelligence also noted that e-commerce is bringing greater wine choices to consumers in a country where there are fewer brick-and-mortar wine shops and other outlets than there are in the West. Online distribution channels, as well as tariff-reducing trade deals with countries like Chile and Australia, have helped increase the consumption of imported wine to 43.7 million 9-liter cases in 2015, a jump of 37 percent over the year before, Wine Intelligence reported. The frequency with which consumers are drinkingwine hasclimbed as well, with 35 percent partaking on a weekly basis last year versus 23 percent in 2014.

According to Alibaba, Tmall saw the number of active buyers in the wines and spirits category climb five times to 10 million consumers between 2013 and 2015. Zhang said the company has “built a solid infrastructure for businesses to grow and evolve” through e-commerce.

“We believe Tmall will really help us to reach every corner of China, including cities where we have never been,” He said on the sidelines of the press conference. He added that where consumers would typically have a smaller selection of wines at physical stores, they have access to most of the company’s wine inventories when they shop online.

Gruppo Mezzacorona is planning to live-stream from its wineries in Italy in the run-up tothe sale, showing Chinese consumers how grapes are picked and the wine is made. Plus, there will be tips for enjoying the final product as well as an interactive component allowing consumers to ask questions online during the streaming sessions.

Starting Sept. 1, Tmall will begin marketing campaigns to generate buzz around the festival, including live auctions of rare and limited labels and live-streamed broadcasts with experts such as Ch√¢teau Valandraud founder Jean-Luc Thunevin and American wine critic James Suckling, who will share insights and tasting tips via the Mobile Taobao and Tmall apps.

The campaign will have an offline component as well, with about 5,000 bars and pubs in China offering free tastings and distribution services for consumers in the country.