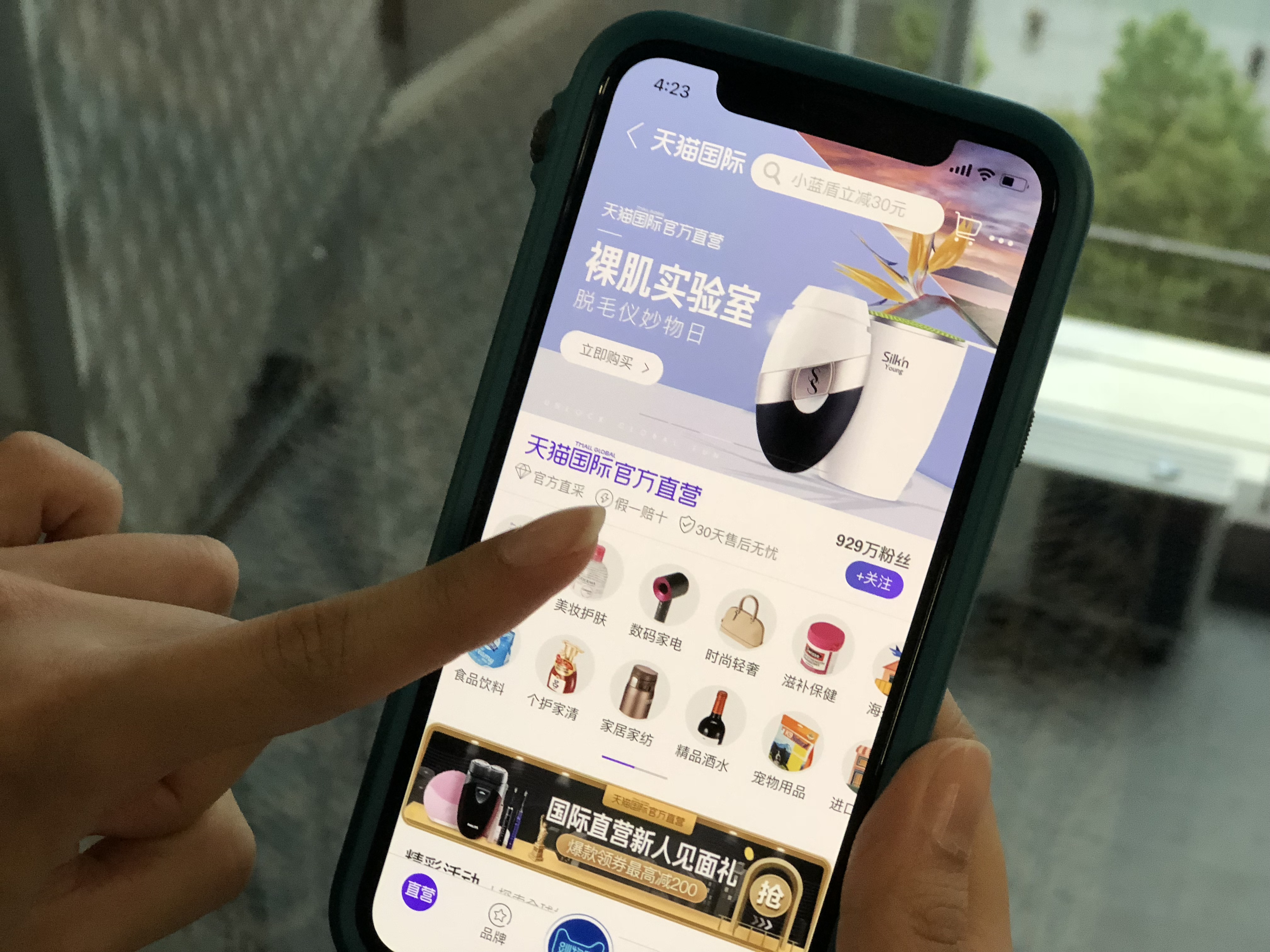 Tmall Global has launched a set of new services to help international brands manage their entry into China in a more-efficient and low-risk way, the cross-border e-commerce site said Thursday.

“We are constantly upgrading our services and tools we provide to merchants, regardless how big or small, so they can deepen their engagement with the Chinese consumers whose demand for imported products is expected to strengthen in the coming years,” Liu said.

As China’s biggest cross-border e-commerce platform for nearly five straight years with 32% of the market share, Tmall Global’s has retained its leading position by sourcing the latest and most-popular overseas products for Chinese consumers. Tmall Global currently hosts more than 20,000 brands in over 4,000 categories from 77 countries and regions.

As their spending power climbs, Chinese consumers are increasingly looking for high-quality products from reputable international brands. In 2018, China’s total imports reached $2.14 trillion, up 15.8% year-on-year from the previous year, according to theMinistry of Commerce. A report by Deloitte showed the size of cross-border e-commerce retail consumer on Tmall Global in 2017 was 10 times bigger than 2014.

These new initiatives dovetail with the Chinese government’s plan to boost imports in the world’s second-largest economy. At the China International Import Expo in November, President Xi Jinping said that imports of goods and services would surpass $30 trillion and $10 trillion, respectively, over the next 15 years. At the same event, Alibaba pledged to bring $200 billion worth of international goods into China over the next five years through its platforms.

“In one order, our customers can have lipsticks from France, fish oil from Australia, fresh coffee beans from Rwanda, algae masks from Thailand and an all-purpose children’s play table from Italy,” Liu said. “You can literally have products from dozens of countries all in the same shopping cart.”

TOF allows brands to place their products at the nearest Tmall Global fulfillment center for sale on the platform. As part of the TOF solution, the team provides brands with marketing advice and tools to help boost awareness. This approach allows brands to fine-tune their product selection for the market without the need for a physical retail presence in China. Currently, TOF is available in the U.S., Japan, South Korea and will expand into Europe later this year.

One example is Evereden, an American baby skincare brand that leveraged TOF when it was considering a move into China. By using celebrity endorsements and livestreaming as suggested by the TOF team, Evereden increased its brand recognition and found the right mix of products for Chinese consumers. Three months after first signing up for TOF, Evereden opened a flagship store on Tmall Global and later achieved a visit-to-purchase conversion rate of between 15% and 20% in its first month on the platform.

In addition, brands and suppliers can participate in Tmall Global’s new Centralized Import Procurement program, which leverages six warehouses around the globe to source goods for all of the online and offline outlets within the Alibaba ecosystem, including technology-driven grocery chain Freshippo (also known as “Hema” in Chinese) and Tmall Supermarket. Similar to TOF, this program is another efficient way for international brands to reach the nearly 700 million active users on Alibaba’s platforms.

Through the CIP program, Italian olive-oil brand Clemente was able to place its product in Alibaba-owned outlets. In two months, Clemente Olive Oil had become a top seller in Freshippo and Tmall Supermarket.

Once the brands have entered China and opened a flagship store, Tmall Global continues to provide brands with a full suite of services to help them shape their messaging and boost recognition among consumers, Liu said.

The platform offers brands a number of marketing tools available throughout the Alibaba ecosystem, such as Taobao Livestream, to create content that appeals to Chinese consumers born after 2000, or Generation Z, the fastest-growing customer base on Tmall Global.