11.11 a Gateway to China for Consumer Electronics Brands 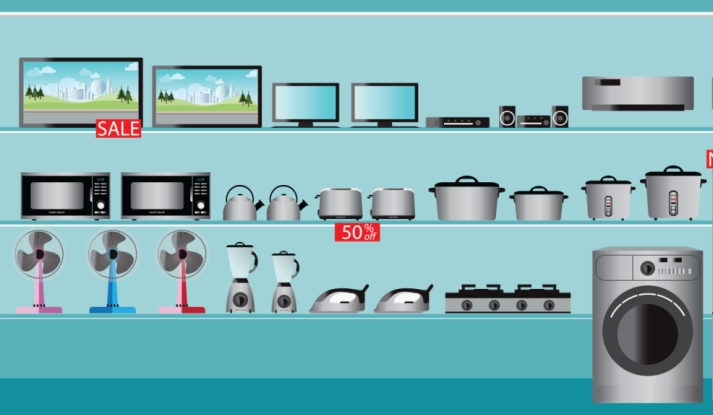 Chinese e-commerce giant Alibaba Group has announced some of the leading consumer electronics products to be featured during next week’s 11.11 Global Shopping Festival, China’s annual online mega-sale, including appliances, gear and gadgets from multinational brands from iRobot to Dyson and Beats by Dr. Dre to Leica.

Consumer electronics is a major product category on Alibaba’s B2C site Tmall.com, with gross merchandise volume growing nearly 300 percent between 2012 and 2015. The 11.11 festival, also known as the Singles’ Day sale, originated on Tmall in 2008, making the site a magnet for millions of consumers looking for discounts during the 24-hour sale period.

“iRobot needed to be a part of 11.11 this year because there is no better platform, no way of reaching more customers in China, telling them a more complete story and bringing the world of robots more compellingly to China than through 11.11,” said Colin Angle, CEO of iRobot, the innovative U.S. company that introduced the Roomba robotic floor vacuum cleaner in 2002.

iRobot was part of an Alibaba-hostedpress conferenceheld todayin Hangzhou, China, to highlight the growing popularity of smart devices and the Internet of Things among Chinese consumers in the lead-up to the 11.11 sale. Also participating were representatives from U.S. microprocessor and tech companyIntel, Apple’s Beats headphones brand, and the Consumer Technology Association, which puts on the CES trade show every January.

iRobot said it had designed a new model of its fully automated robot vacuums with the Chinese consumer in mind. The Braava jet 240 is a floor-washing rather than vacuuming robot that’s geared for Chinese homes, which have predominantly tile and wood floors that require mopping, Angle said. The Braava, which also offers a dry-sweeping function, launched in August.

Beats, meanwhile, will promote its Solo 3 Wireless headphones, the first wireless headphones to be compatible with Apple’s new iPhone 7. The company has also said it will cut prices in half for a number of its other products during the festival.

Among the other brands using 11.11 to showcase specific products to Chinese consumers, German luxury camera maker Leica said it would debut its Sofort instant film camera in China during during the festival while U.K.-based Dyson will begin to sell its multi-attachment V8 Absolute cordless vacuum cleaner. Similar product promotionsare expected frominternational brands such as Samsung, A.O. Smith, Siemens, Midea and Bowers and Wilkins.

These companies have said that selling through Tmall, especially on a day when much of China is shopping online, allows them to reacha greater number ofpotential customers. Dyson recentlyattracted 50,000 new “fans” in 48 hours by using Tmall’s live-streaming function to introducethe U.K. companyand its products to Chinese consumers.During the 11.11 sale this year, Dyson officials said they expect to quadruple the $2.96 million in sales the company racked up in last year’s sale.

“Through Tmall, Dyson can present its ideas and inventions and deliver its products to people all over China instantly,” Michaela Tod, managing director of Dyson China, said in a statement.

iRobot said its products will be featured during Alibaba’s 11.11 Countdown Gala Celebration on the evening of Nov. 10, as well as in a live-streamed event on the day of the sale. The company has also introduced its products to influential bloggers and other key opinion leaders as a way to build its brand among Chinese consumers.

The 11.11 salewill give i Robota chance to tell a more in-depth story and show more information about the products, so consumers can better understand why those products make sense for consumers,Angle said.

“So a successful 11.11 for us is helping more and more customers learn about this amazing time saving way of maintaining your home,” he said.