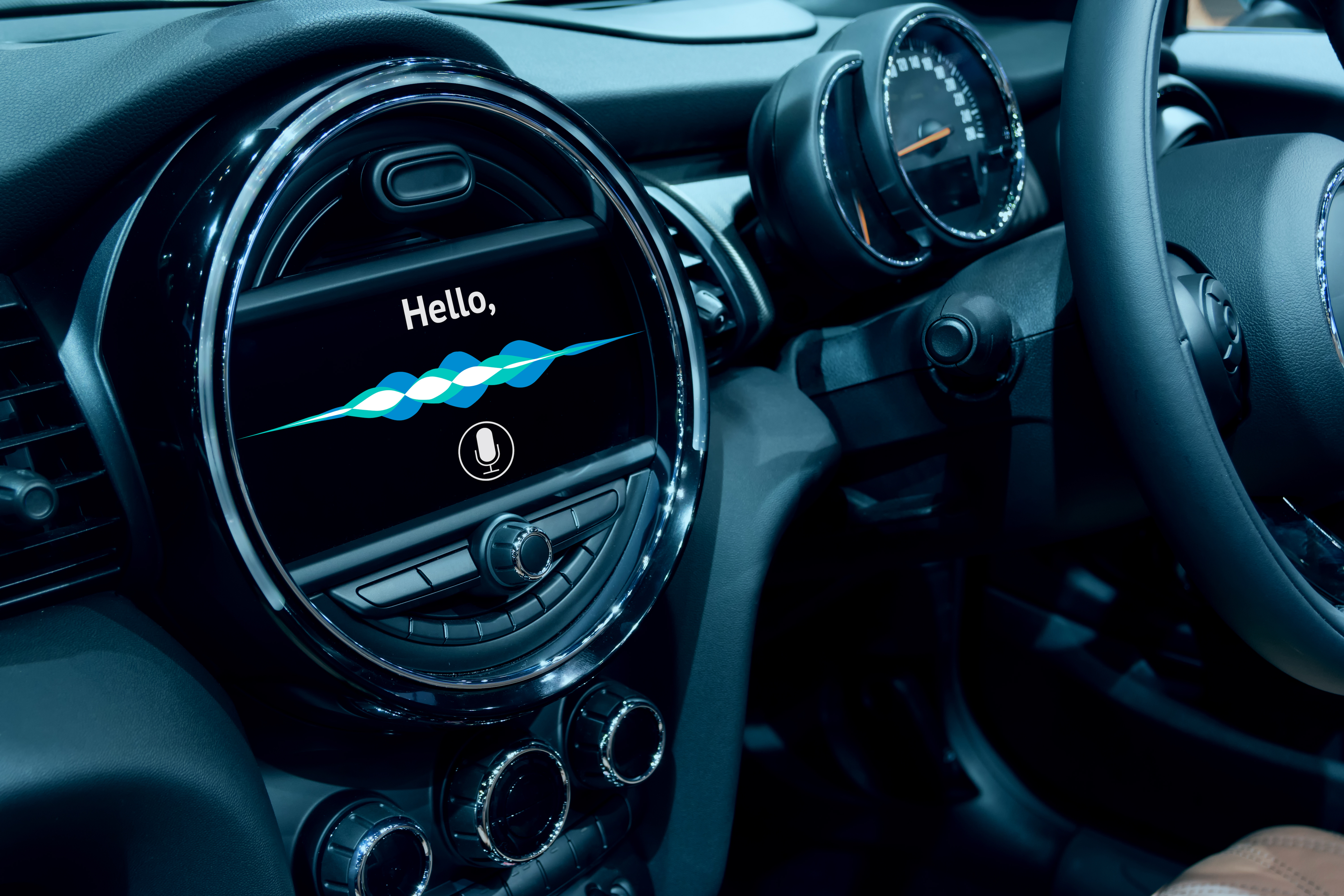 The former principal engineer of Polycom, the U.S. video conferencing firm whose iconic UFO-shaped speakerphones populate conference rooms worldwide, spoke to Alizila about his new role and the interesting ways his expertise in acoustics and digital signal processing combined with Alibaba’s AI technology is playing out at the institute.

“For a pure-play hardware company, the product cycle tends to be much slower, perhaps up to 2 or 3 years. Engineers are often constrained in what they can do. Product cycles at Alibaba can take only two weeks—extremely faster than traditional industries,” said Feng. Research projects he has already taken on span from in-car sound systems, remote control-less television sets to voice-recognition subway ticketing technology.

“A platform at this large a scale gives you lots of opportunities to try new things. There is a lot of room for imagination,” he added.

Rong Jin, dean of iDST and former professor at Michigan State University, explained how the new hire could strengthen the institute’s development of audio-related technologies, highlighting the example of voice-controlled speakers.

“What’s important is not only speech recognition, but also development of what we call ‘the front-end’ of [smart speaker] technology, including how to emplace proper acoustic structures, reduce noise, alleviate echo, and process signals, including how to combine signals from multiple channels into one. [Feng’s] expertise is exactly on digital signal processing and acoustic structure design,” said Jin. “He can help us build far-field speech recognition that can pick up acoustic signals in a very noisy environment.”

According to iDST, its intelligent voice-interaction team’s mission is to help devices “listen and talk” and to use technologies ranging from speech recognition, voice prints, voice wake-up, language and audio comprehension to dialogue systems to build human-machine interactive applications for enterprises and developers.

“With the addition of Dr. Feng, we are looking to more projects relating to hardware design,” said Jin, adding that iDST is designing a translation device that requires capturing acoustic signals to deliver accurate translations in real-time and technology that help transcribe court proceedings. “He will be of great value in any place that involves the design of devices.”

Alibaba is hungry for world-class talent with solid backgrounds in AI technology like machine learning, speech recognition and computer vision to be based in its offices worldwide, said Jin, adding that while hiring efforts aimed at “AI engineeers with a creative mind” globally, apart from hotbeds for industry talent such as the U.S. and China, the company is eager to hire researchers with a good understanding of local languages and culture in South East Asia alongside its Lazada venture.

“Our hiring really goes hand in hand with [Alibaba’s] business expansion, and the Southeast Asian market is a key part of our globalization strategy,” he said.

And with the creation of DAMO Academy, iDST is expanding not only its global footprint, but also the scope of problems its engineers will help tackle. The new academy has prompted a shift within iDST, said Jin. “The main change to our institute will not only be focused on existing problems within Alibaba, but now, we have to deal with problems that are important for society,” he remarked.

In October, the Chinese tech powerhouse announced it was launching the new research academy, as well as commitment to invest RMB 100 billion ($US15 billion) in future-oriented technology development over the next three years and opening research laboratories in seven cities around the world: Beijing and Hangzhou in China; San Mateo and Bellevue in the U.S.; Moscow, Russia; Tel Aviv, Israel; and Singapore.