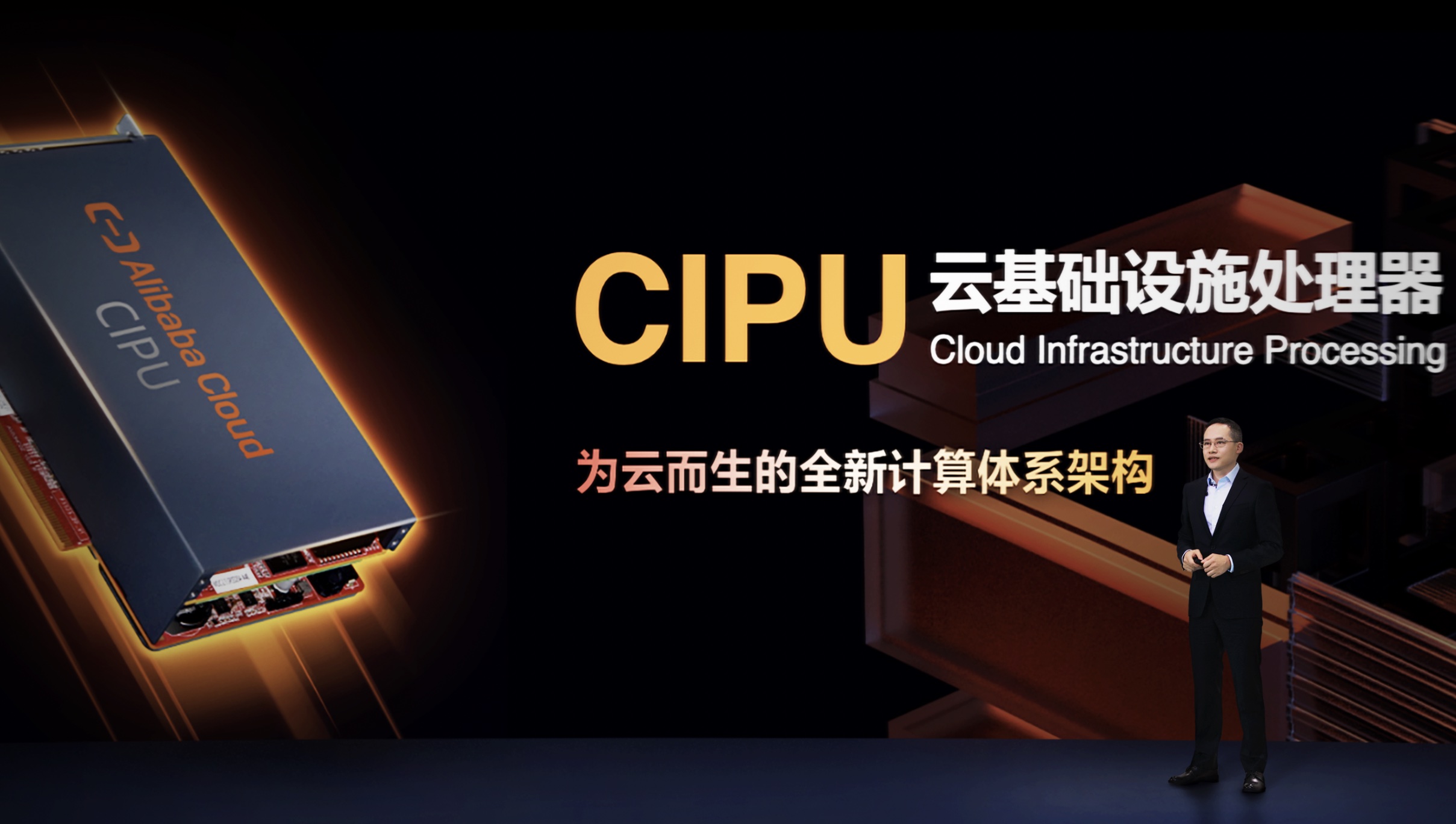 The system, dubbed Cloud Infrastructure Processing Unit (CIPU), is running in a handful of data centers operated by the cloud computing branch of Alibaba Group.

“The rapid increase in data volume and scale, together with higher demand for lower latency, call for the creation of a new tech infrastructure,” said Alibaba Cloud Intelligence President Jeff Zhang in a speech during the summit, which was held virtually this year.

The launch comes in response to increased computational needs on the cloud.

Global data storage needs will grow from 33 zettabytes in 2018 to 175 zettabytes by 2025, according to market intelligence firm IDC, which is equal to the amount of data stored in roughly 7 trillion laptop computers.

By that time, around 49% of the world’s stored data will reside in public cloud environments per IDC estimates, making cloud data centers the new enterprise data repository.

The CIPU comes as a hardware acceleration card that can be attached to servers in data centers.

The device has enough processing power to offload a wide range of virtualization workloads, such as security, storage, and networking virtualization from the CPU to the hardware.

By taking some computing burdens off of the servers, CIPU can reduce network latency to as low as five microseconds and improve computing power performance in data-intensive AI and big data spark scenarios by 30%, according to Alibaba Cloud.

Coupled with the Apsara Cloud operating system, the CIPU is expected to become the core of the next generation of cloud computing infrastructure.

Alibaba Cloud unveiled an upgrade of its Wuying cloud computer during the summit which will allow users and developers to access ultra-high-definition video with 8k resolution and lag as low as 20 milliseconds.

The upgraded Wuying computer makes high-definition video game development and video rendering possible from anywhere by running all workload on the cloud.

“Technology is the basis of cloud computing, and we’ll continue to seek breakthroughs in the long road for tech development,” said Zhang in a speech.

The upgraded Wuying computer and the CIPU join Alibaba Cloud’s existing portfolio of proprietary technology, including its latest server chip launched last October and its AI inference chip unveiled in 2019.