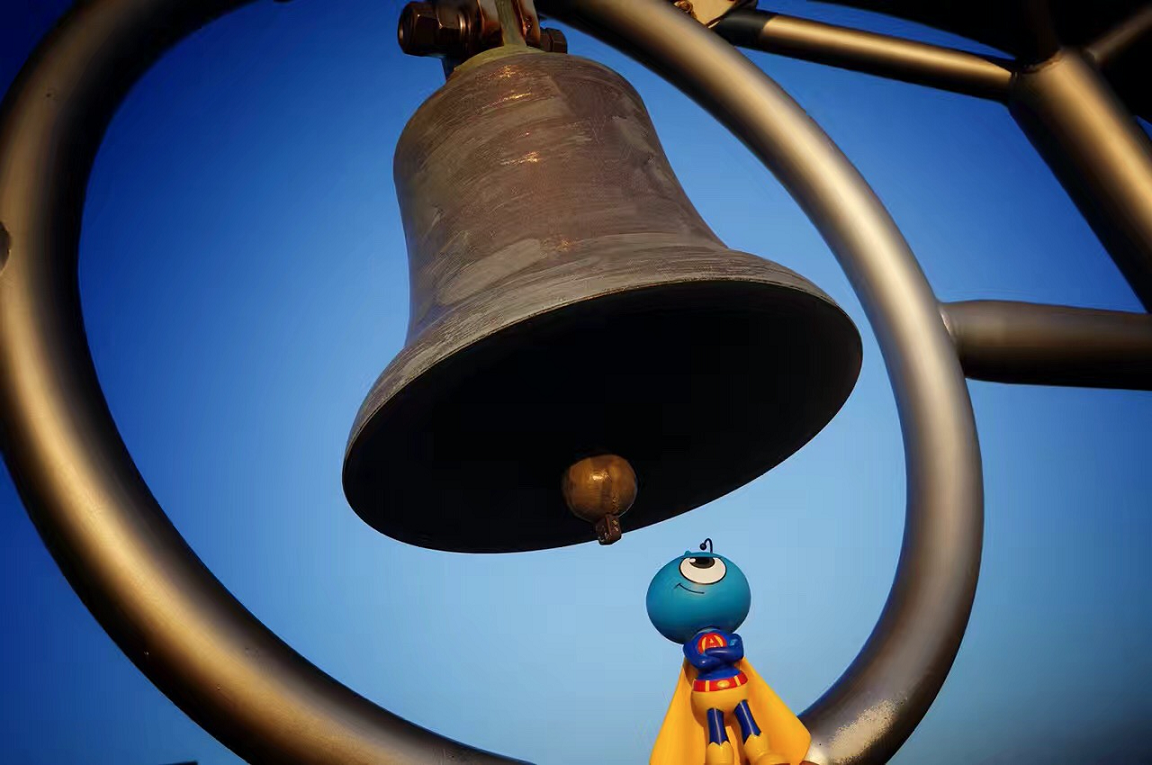 The Alibaba News Roundup is a weekly digest of events and happenings across the company. This week’s coverage looks at Ant Group’s dual IPO plans and how Alibaba’s livestreaming technologies brought netizens to the Prado Museum as well as a historic Mars mission launch.

Ant Group on Monday announced that it has commenced the process of a concurrent initial public offering on Hong Kong’s stock exchange and Shanghai’s Nasdaq-like STAR board. According to a statement released by Ant, the IPOs will enable the company to accelerate its mission of digitalizing China’s service industry as well as develop global markets and expand investments in technology and innovation. Founded in 2014, Ant is a leading provider of financial-services technology and is also the parent company of China’s largest mobile payments business, Alipay. Since its establishment, the company has remained committed to inclusive and sustainable financial services, especially for small and micro enterprises. Following the announcement, Ant on Thursday launched a new technology brand called AntChain for the company’s blockchain-based digital solutions, which aggregate technologies such as artificial intelligence, internet of things and secure computation. The brand aims to make collaboration and trade easier and safer for industries that typically involve many parties and complicated processes.

Alibaba’s travel-services platform Fliggy this week partnered with the famed Museo Nacional del Prado in Madrid to showcase the museum’s vast collection of priceless artworks. The 150-minute museum tour, which covered masterpieces by the likes of Francisco Goya, Diego Vel√°zquez and Raphael, attracted more than 410,000 viewers within the first 60 seconds of streaming and received 100,000 likes and close to 2,000 comments. The stream was the latest in a series highlighting tourist attractions in Europe, allowing Chinese netizens to virtually globetrot from the comforts of their own homes. The series previously featured locations such as the British Museum and the Palace of Versailles.

While international tourism remains more virtual than reality at the moment, in China, domestic traveling is slowly resuming as the country emerges from Covid-19. RV tours, in particular, have become increasingly popular with Chinese holidaymakers, with bookings for recreational vehicles on Fliggy growing by 120% year over year in July. According to a tour operator on the platform, private RVs offer vacationers a comfortable and convenient way to enjoy interprovincial traveling while maintaining their social distance from others. Although RV tourism is still an emerging trend in China, Fliggy said that it hoped to encourage more people, including young vacationers and families, to explore this mode of traveling. To fuel interest in RV excursions, the platform recently launched a special RV package to scenic destinations in Qinghai province, including the Taijinar Lakes and Emerald Lake.

Taobao Live hosted a private livestreamed cinema broadcast of China’s first independent Mars rover launch on Thursday. The milestone event of Tianwen-1’s blastoff was duly captured by Taobao Live’s first big-screen livestream, which was viewed by a small group of space enthusiasts in a Hangzhou movie theater. Representatives from the designed-for-mobile livestream channel said they hoped to explore more cross-screen content innovations, especially as cinemas in China begin to reopen after Covid-19. Aside from the invitation-only cinema screening, the livestreamed launch was also made available to other viewers through the Taobao Live app.

Alibaba this week announced a partnership with Starbucks to further elevate the experience for China’s coffee lovers by introducing the U.S. coffee chain’s in-store pickup feature across some of the most popular apps in its ecosystem. The Starbucks Now service, now made available on platforms such as Alipay, Taobao, Amap and Koubei, allows users to preorder their favorite beverages and food online, then pick them up in person at select Starbucks stores. Read more about this partnership here.

While Yakult may be best known for its cult-favorite probiotic drink, the Japanese brand also has a budding beauty business that it is now bringing to Chinese consumers through its recently opened Tmall Global flagship store. Like the company’s tangy namesake beverage, Yakult’s beauty products feature lactic acid bacteria as their star ingredient and tout moisturizing properties that promote inner and outer health. Through Tmall Global, the brand is currently selling more than 40 products from its Yakult Beautiens line, including lotions, masks and face creams. The company is among the latest to use Tmall as a gateway into China’s booming beauty market. Click here to learn more about the platform’s role in facilitating beauty-brand success in the country.