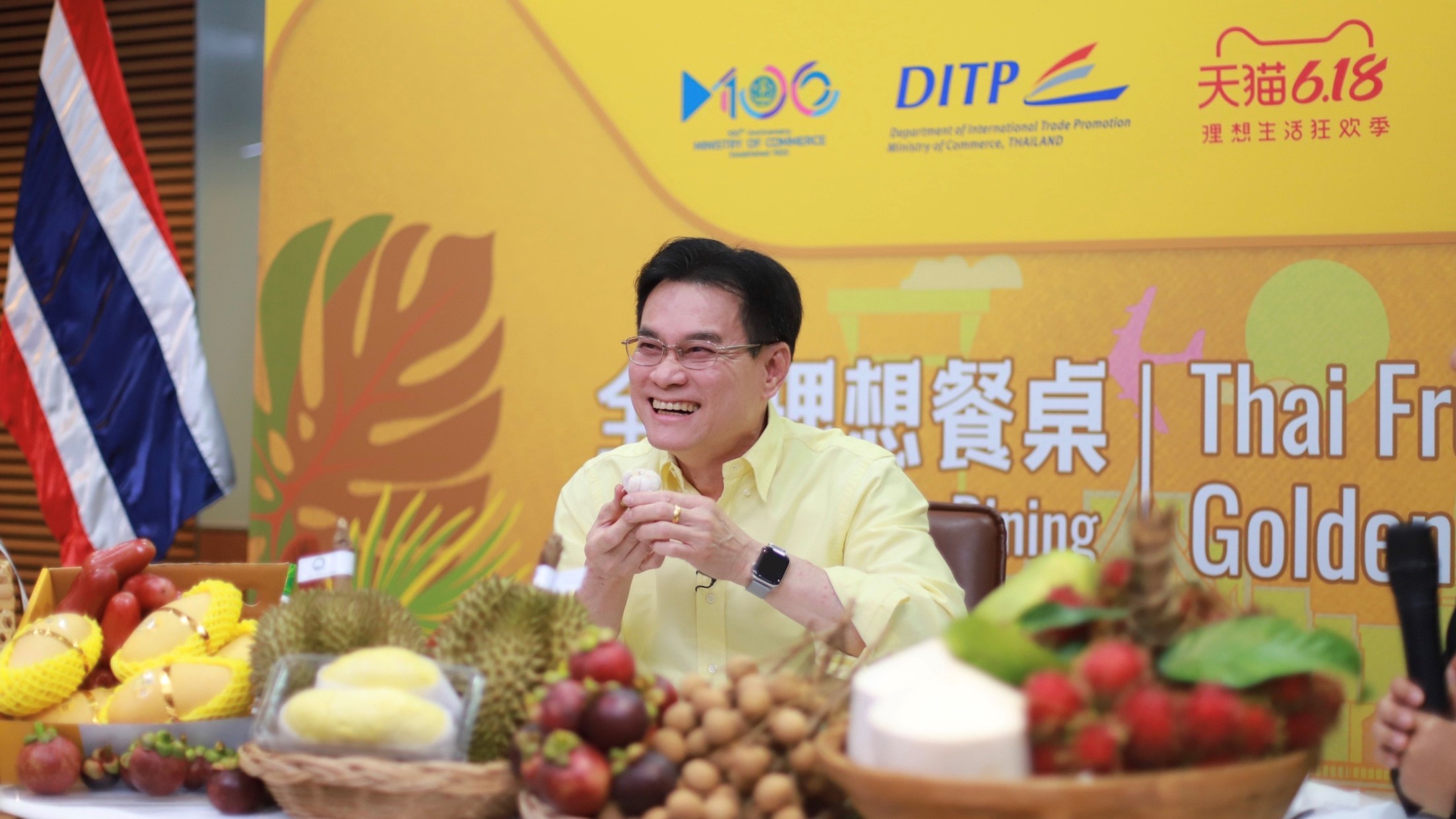 The Alibaba News Roundup is a weekly digest of events and happenings across the company. This week’s coverage looks at the progress ofAlibaba’s 6.18 Mid-Year Shopping Festival, featuring everything from local delicacies to international diplomats.

Representatives from 16 countries took to Taobao Live on Tuesday to promote their nation’s local goods during Alibaba Group’s 6.18 Mid-Year Shopping Festival. Expected to be China’s biggest sales event since the coronavirus outbreak, 6.18 has become an opportunity to fuel economic recovery not only domestically but also for foreign trade partners across the globe. Among those who participated in the livestream were Thailand’s Deputy Prime Minister and Commerce Minister Jurin Laksanawisit, who introduced seasonal fruits and even showed the proper way to peel a mangosteen. The livestream was part of ongoing efforts between Tmall and the Department of International Trade of the Thai Ministry of Commerce to bring popular Thai foods and produce to more than 800 million users on Alibaba’s China retail marketplaces. According to Taobao Live, close to 5,000 durians and 20,000 young coconuts among other products were sold following Laksanawisit’s broadcast. Government representatives from South Korea, Malaysia, Spain and Russia also appeared on the stream.

Also part of 6.18, Tmall Global has partnered with several leading airlines and travel agencies in China for a livestream series that promotes cross-border products. Hosted by flight attendants and tour guides, the broadcasts are designed to encourage Chinese consumers to continue exploring and shopping from international brands even as overseas travel remains stymied by the coronavirus pandemic. So far, the livestreams have highlighted products such as sunscreens from Japan and milk from Uruguay.

Consumers who love the experience of eating their way through street-food stalls and markets are exploring some of their favorite markets online on Tmall. Pedestrian streets and food markets – such as Shanghai’s City God Temple, Harbin Central Street, Xian’s Muslim Quarter, Kuanzhai Alley in Chengdu, the Old Town of Lijiang and Xiamen’s satellite island Kulangsu – run their own official flagship stores on Tmall, allowing consumers to easily buy local delicacies from the comforts of their own homes. According to the latest figures from the 6.18 campaign, between June 1 and 7, Xiamen Kulangsu, Harbin Central Street and the Old Town of Lijiang saw the most traffic from online visitors, while the most popular local delicacies were Fujian pineapple cakes, Harbin grilled cold noodles and Xian liangpi, or cold-skin noodles.

To help consumers beat the summer heat with cool treats, Alibaba over the weekend rolled out its 6.6 sales campaign across the company’s Ele.me, Taoxianda and Tmall Supermarket platforms, featuring special offers and expedited delivery for ice cream, frozen foods and chilled beers and beverages. During the event, consumers purchased about 6 million ice creams and popsicles. This campaign followed last week’s launch of a new dedicated tab on Mobile Taobao that features products with guaranteed one-hour delivery services. The one-stop portal integrates fast-delivery services available across Alibaba’s different platforms so consumers can easily access products close to them. So far, more than 300,000 grocery stores, supermarkets, corner stores and flower shops have opted into the platform, which lists more than 10 million types of products.

Alibaba’s cloud-computing division this week announced that it would hire 5,000 technology roles globally to support the accelerated digitization demands of clients across all sectors. Since the outbreak of Covid-19, Alibaba Cloud has been working to increase services as well as access to technologies to help impacted individuals, businesses and organizations. Click here for more details on the announcement.