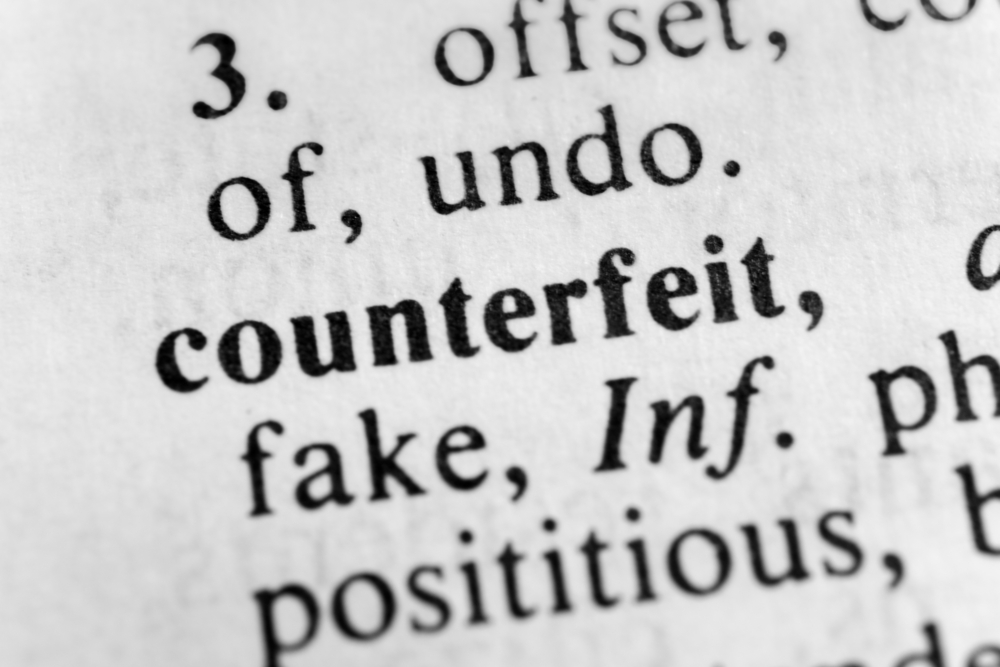 Alibaba Group onMonday called for tougher laws, stricter enforcement and stiffer penalties to crack down on purveyors of counterfeit goods in China.

In an appeal from the company, made public at a press conference atits headquarters in Hangzhou, Alibaba said China’s “ambiguous counterfeiting laws” were hampering authorities’ ability to build legal cases against counterfeiters, resulting in a low conviction rate that is “the fundamental reason for the inefficiency in combating counterfeiting and protecting intellectual property.”

“Current regulations are no longer able to cope with the need to fight counterfeiting,” according to the company’s public appeal, which is published in full below. “Criminals can escape any legal consequence, leaving law enforcement agents and consumers feeling helpless, and society bearing the damage.” The company urged authorities to strengthen laws, boost enforcement and impose more punitive penalties to deter counterfeiters.

Alibaba has long faced criticismoverthe sale of counterfeits by independentvendors in its giant e-commerce marketplaces, which host some 1.5 billion product listings at any given time.

“Alibaba Group is itself a victim of counterfeiting,” the note says. “The manufacturing industry and business environment of China suffers even more. Counterfeiting is damaging, not only to consumers and legitimate merchants, but also to innovation and the long-term economic development of our nation, hindering China’s growth as a responsible economic power.”

To maintain the trust of consumers and legitimate merchants selling on its platforms, the company has been waging an escalating war to control the problem,employing a range of tactics to combat fakes and put counterfeiters out of business. Alibabascreens and monitors product listings using manpower and advanced search, image-recognition and big-data technology. The company also works with authorities in China to track down the source of counterfeits and prosecute offenders. Recently, Alibaba has also used China’s courts to cause pain for fake-goods sellers.

Alibaba officials stressed the company remainsfirmly committed to continuing its anti-counterfeiting battle, butits ability to remove merchants and products from its marketplaces will be much less-productivein the longrun without the support of more legally enforceable sanctions.

In the ongoing war against counterfeiting, society is currently faced with an impasse. In Alibaba Group’s view, progress against this illegal activity is negligible because the costs and risks of producing and selling counterfeits are too low. The only way out of this is to impose tougher criminal sanctions on every individual involved in the chain of operation. Only by doing this, can China’s manufacturing industry return to the path of originality and innovation that ultimately leads to sustainable development.

In 2016, our Platform Governance Department identified and handled 4,495 leads related to counterfeiting. Each involved a value of goods exceeding the statutory minimum of RMB50,000 for criminal investigation. Of these, law-enforcement departmentsfollowed up 1,184 leads, which led to just 33 convictions, according to public information, representing a conviction rateof only 0.7%.

Alibaba came up with the 4,495 leads via proactive big-data screening by its Platform Governance team, brand owners’ reports, consumer complaints and random checks. But law-enforcement agencies often found it difficult to classify and quantify incidences of counterfeiting and also had difficulties building legal cases due to ambiguous counterfeiting laws. As a result, public security agents were only able to build 469 cases from 1,184 leads.

The extremely low conviction rate is the fundamental reason for the inefficiency in combating counterfeiting and protecting intellectual property. Current regulations are no longer able to cope with the need to fight counterfeiting. Criminals can escape any legal consequence, leaving law-enforcement agencies and consumers feeling helpless and society bearing the damage.

Alibaba established its own 2,000-member-strong anti-counterfeiting force and has invested over RMB 1 billion each year to proactively combat counterfeiting with the most advanced technology and data models. For the 12 months ended August 2016, Alibaba took down 380 million product listings and shut down 180,000 Taobao stores and 675 operators as a result of its anti-counterfeiting action. As a private enterprise, Alibaba has no law-enforcement power. We can only uncover irregularities, take down the product listings, report the cases to the regulators and wait for law enforcement to handle the cases.

We do our best to stop counterfeit goods from landing on our platform but cannot entirely stop them from proliferating offline and moving to other platforms. We identify and handle irregularities according to the highest standard of platform-management rules, but cannot impose penalties on the criminals.

Alibaba Group is itself a victim of counterfeiting. The manufacturing industry and business environment of China suffers even more. Counterfeiting is damaging, not only to consumers and legitimate merchants, but also to innovation and the long-term economic development of our nation, hindering China’s growth as a responsible economic power.

We therefore call for further development of our laws and regulations, stricter law enforcement and harsher punishments to strengthen the efforts to combat counterfeiting. Counterfeiters are our arch-enemy and we will stop at nothing to fight them.

The criminalization of drunk driving once delivered a clear message to society that violators will have to face serious consequences for their actions. Such a message served as a deterrent. We hope our society can reach a consensus to collectively increase the resources and efforts towards combating counterfeiting to no lesser extent than was done with drunk driving. To stamp out counterfeiting in China, all of us should play our part.

Enlightenment-era criminologist Cesare Beccaria once said, “crimes are more effectually prevented by the certainty of punishment.”

There is no way to root out counterfeiting with a conviction rate of 0.7%. Only through stricter law enforcement and appropriate punitive measures can we stop criminals from evading responsibility for their actions. Only when counterfeitersget the punishment they deserve will the interests of consumers be properly protected.