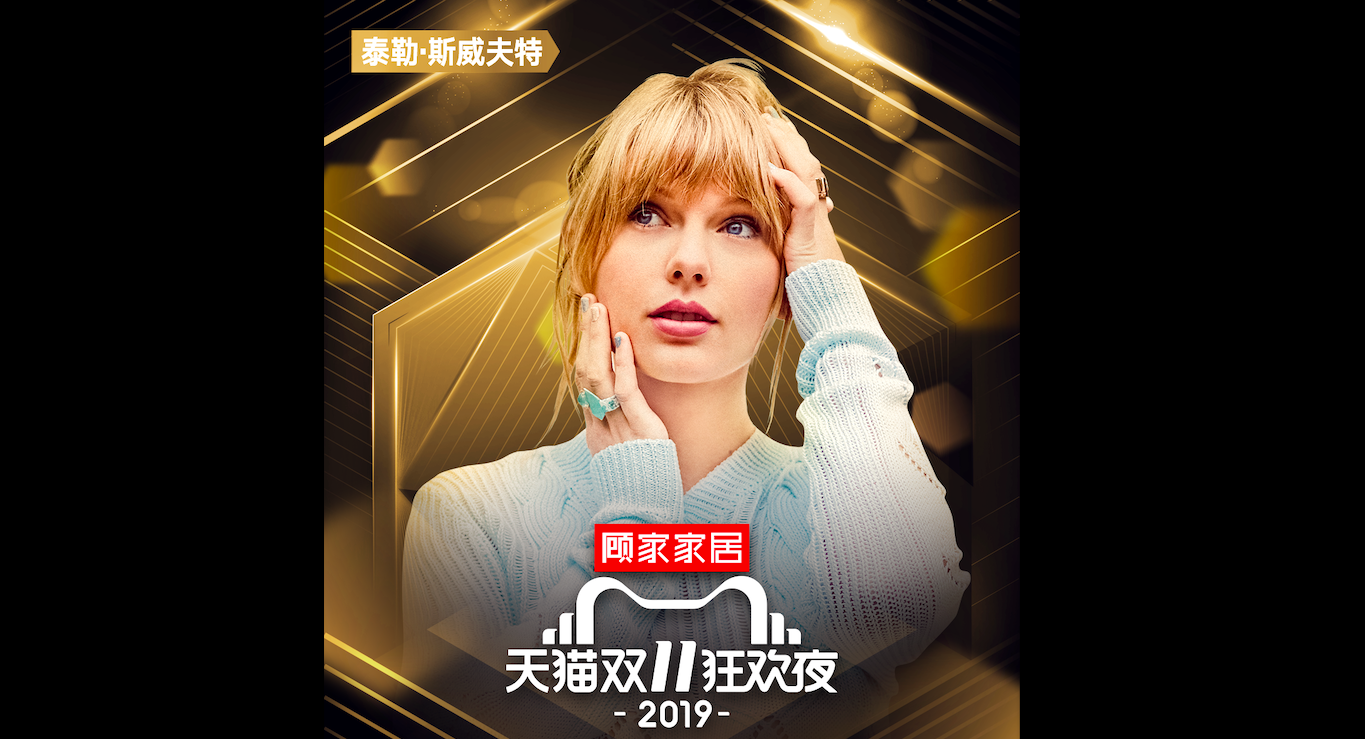 Taylor Swift, the multiple Grammy Award-winning singer-songwriter whose albums have sold over 40 million copies around the world, will perform at Alibaba’s 11.11 Countdown Gala – a live show that runs in the hours leading up to the world’s biggest shopping day of the year.

The American singer-songwriter released her debut self-titled album in 2006, and went on to win 10 Grammy Awards throughout her career so far. She was also recently included in Time magazine’s list of 2019’s 100 most influential people in the world. Swift’s new album “Lover,” released in August, became China’s most-consumed international full-length album after topping over a million equivalent units – including both sales and streaming – in its first week of release, per figures from Universal Music Group.

This year’s event will be broadcast live by Youku, Shanghai Dragon TV and Zhejiang TV.

Since its inception in 2015, the countdown gala has become a red-carpet event, with celebrities around the world joining the show each year, including A-listers such as Nicole Kidman, Scarlett Johansson, Mariah Carey and Pharrell Williams to sports stars such as David Beckham, Maria Sharapova and Kobe Bryant.

This year will be the 11th 11.11 Global Shopping Festival, with more than 500 million users expected to participate during those 24 hours – about 100 million more than last year. Last year’s gross merchandise volume, which reached $30.8 billion, outstripped the online revenues of U.S. retail’s biggest shopping holiday – from Thanksgiving Day and Black Friday to Cyber Monday – combined.