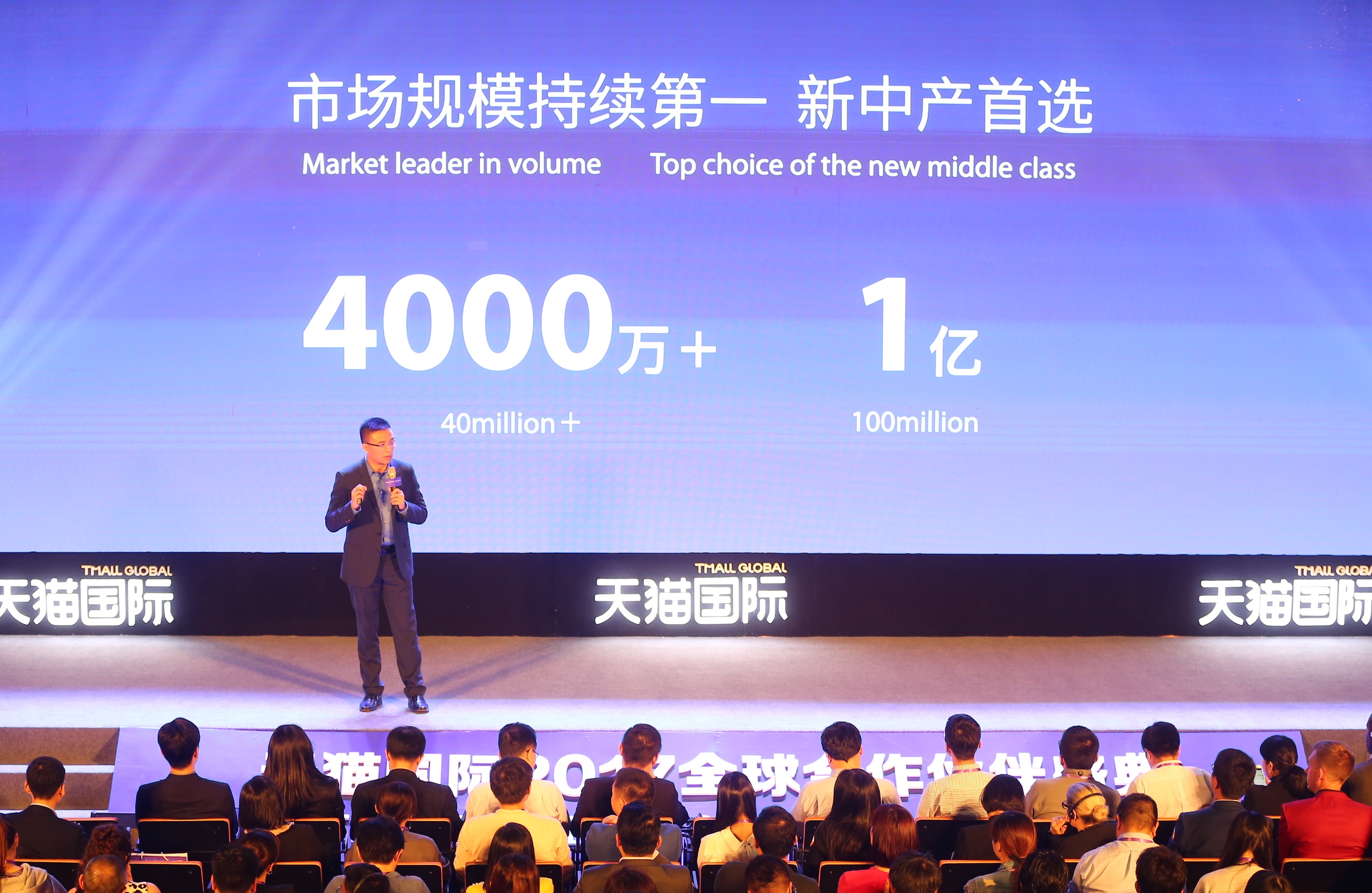 Tmall Global, which claims a user base of more than 40 million Chinese consumers, plans over the next three years to attract more young and affluent consumers in part by recruiting new and interesting products and brands from overseas, releasing them via the Tmall Global channel, and helping merchants grow in the China market. The platform now hosts more than 14,500 international brands from 63 countries and regions.

“On one hand, we will continue to introduce big brands,” said Tmall Global General Manager Alvin Liu at an event held this week at Alibaba’s Hangzhou, China, headquarters that was attended by some 800 retailers from around the world. “On the other hand, we want to see more brands with personality. We wish to build a dynamic ecosystem to cater to the niche and diverse needs of Chinese consumers.”

Tmall Global, which enables international brands to sell online directly and efficiently to Chinese consumers, said the number of product categories on the site climbed nearly 50 percent in 2016 to 3,700. Some categories getting sales traction include electronic beauty devices, fresh food and dairy, wine and pet food, the company said.

Company officials said more than 80% of the retailers it hosts made their China debut on Tmall Global. In the year ended March 31, 14 storefronts achieved GMV of at least RMB 100 million ($14.52 million), including Australia’s leading pharmacy Chemist Warehouse, American fashion retailer Macy’s, Japanese drug store Matsukiyo, and supermarkets Costco from the U.S., Sainsbury’s from the U.K, Metro from Germany and emart from South Korea.

Tmall Global and Taobao Global, a platform owned by Alibaba hosting agents and distributors to sell products from overseas markets, ranked as the No. 1 and No. 2 cross-border online shopping platforms in China in the fourth quarter of 2016, according to research firm Analysys. The platforms captured market shares of 18.9 percent and 15.4 percent respectively.

To engage digital-savvy Chinese customers and raise awareness of new products, Tmall Global said this year it will team up with brands to invest in content marketing via social media channels.