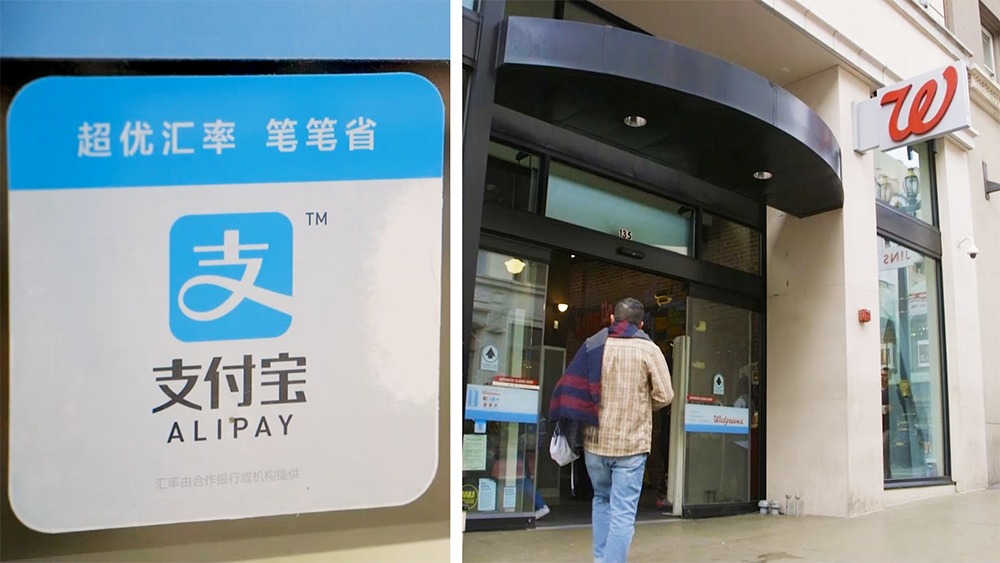 Chinese consumers visiting the U.S. can now use Alipay at Walgreens, one of the largest drugstore chains in the country, the companies said Wednesday.

Whether traveling for business or pleasure, Alipay users can shop at 3,000 locations in major cities such as New York, San Francisco and Las Vegas to start, the companies said. The number is expected to reach 7,000 by April. Walgreens operates about 9,560 drugstores in all 50 U.S. states, Washington, D.C., and other U.S. territories.

Have a Look at Alipay in action at Walgreens:

About 4 million users of the mobile-payments app are in the U.S. annually, according to Alipay, which is owned by Alibaba Group affiliate Ant Financial. The service offers them a quick and easy way to pay for goods while overseas, one that is already ubiquitous in China and lacks the higher foreign-transaction fees typical of credit cards.

“Walgreens is focused on making shopping more convenient for our customers,” including Chinese consumers, said Walgreens President of Operations Richard Ashworth, including Chinese consumers. “Not only can they buy our products via our dedicated store on Alibaba’s Tmall Global marketplace, but they will now also be able to shop in the U.S., using Alipay as they would in China.”

In September, parent company Walgreens Boots Alliance made its first move into China’s consumer market by launching a flagship store on Alibaba Group’s dedicated cross-border e-commerce platform, Tmall Global. The direct-to-consumer channel added to a wholesale and retail pharmacy business that WBA had already been operating in China.

According to China’s Ministry of Tourism, Chinese travelers took about 140 million trips abroad last year. In an effort to capture that business, Ant Financial has been working with merchants across the globe to make Alipay available overseas to its more than 1 billion users (which includes users of its joint-venture partners’ apps). Alipay currently is available in over 40 countries and regions. Last year, Alipay added Germany’s Oktoberfest, the world’s largest gingerbread city in Norway and San Francisco’s Pier 39 to its list of merchant partners, all of which are popular destinations for Chinese tourists.

“This is a key strategic partnership for achieving awareness in the U.S.,” Yulei Wang, general manager of Alipay North America, said of the Walgreens partnership. “We are excited to partner with a company that has been trusted across America since 1901, and is constantly evolving to provide more Chinese consumers a seamless and familiar way to pay.”