Alibaba Says Philanthropy at Core of Its Business Model 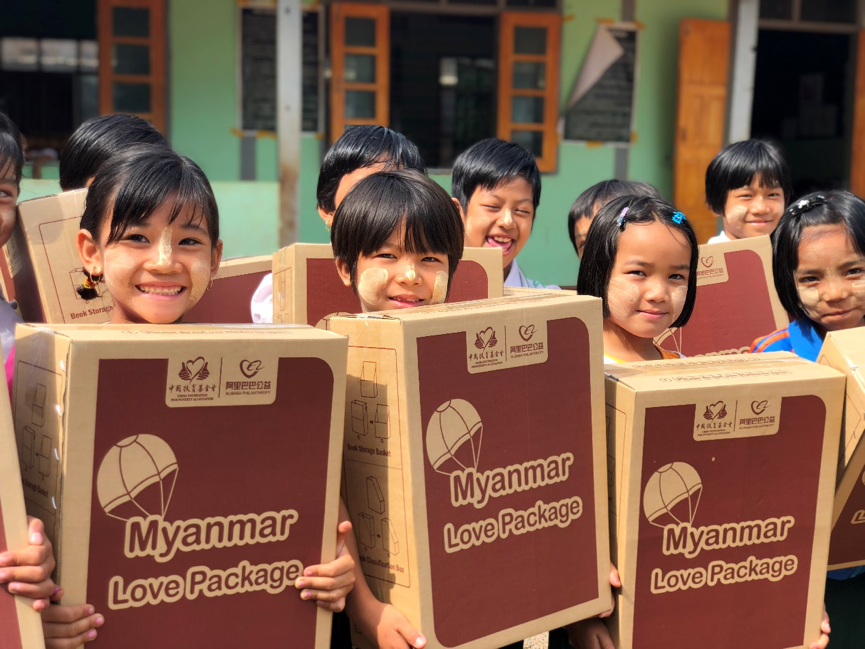 Alibaba Group on Thursday released its first-ever philanthropy report, detailing the charitable projects of the company and its employees.

According to the report, Alibaba currently operates three related platforms: Alibaba Philanthropy, Alipay Philanthropy and “Each Person Three Hours,” which connects aspiring volunteers in China with organizations in need of help.

In the past 12 months, the Alibaba Philanthropy and Alipay Philanthropy platforms, together with 440 million people across China that used the three platforms, raised over RMB 1.27 billion ($184 million) in charitable donations, said the report. In the same period, over 15 million people registered on the “Each Person Three Hours” platform, which listed over 3.05 million volunteer opportunities from 937 local nonprofit organizations.

“Here at Alibaba, philanthropy is the core of our business model. Our foremost priority is providing effective and sustainable solutions to problems faced by society,” said Sun Lijun, the head of Alibaba Foundation during a ceremony to unveil the report. “Through these small acts, we hope to be a responsible stakeholder to generate positive energy, create big impact and encourage more people to participate in public service.”

That spirit of philanthropy, he added, is integrated – and practiced – in each part of Alibaba’s ecosystem and across the corporate structure.

For example, on a group level, the company in 2011 established the Alibaba Foundation and announced it would earmark 0.3% of its annual revenues to support social-responsibility initiatives.

In late 2017, the foundation launched the Alibaba Poverty Relief Fund to combat poverty in rural China. Overseen by Ma, the fund has several focus areas, with each led by a top executive. For Ma, his emphasis is on rural education, while CEO Daniel Zhang spearheads the rural e-commerce efforts through Alibaba’s agriculture technology. Vice Executive Chairman Joe Tsai looks after vocational training, and Lucy Peng, one of the company’s 18 founders, promotes leadership and empowerment programs for women.

Participation by Each Business Unit

At Alibaba, each business unit is asked to include a philanthropy component to their business.

One example is Ant Financial, which has created an interactive mini-program on the Alipay app, called “Ant Forest.” Ant Forest rewards users for supporting sustainability, such as using public transportation and paying utility bills online. Those points can be redeemed to plant trees in areas of China where desertification has taken hold. Together with several local environmental conservation organizations, over 100 million trees have been planted in China’s most arid regions.

One of the results is a blockchain-based tracking app developed to improve the effectiveness of book donations in rural China. The tracking program can ensure the books donated by different companies and individuals arrive at the intended destinations, mainly elementary schools in the countryside. The app can also track how many times the books have been picked up by readers and determine which areas still need books.

In June, Amap, Alibaba’s maps and navigation service, launched an “environmental map” that offers updated information on the air and water quality of 364 cities across China. In addition, by using the app, users can find the nearest breastfeeding room for nursing mothers.

The report also lists several examples of Alibaba’s philanthropy efforts outside of China.

In 2018, Tmall Global, China’s biggest cross-border e-commerce site, introduced the “Goods for Good” program for the foreign merchants selling on the platform. The program allows merchants, regardless of where they are in the world, can donate a small percentage of their sales to a social cause. To date, thousands of “Love Packages” – a box school supplies paid for by those donations – have been given to over 50,000 students in Nepal, Cambodia and Myanmar.

Another example is the “eFounder” training program. Since late 2017, over 130 entrepreneurs from 24 countries have been to Alibaba’s global headquarters in Hangzhou to learn first-hand about e-commerce and China’s digital evolution.

All Alibaba employees, including top executives, are encouraged to donate at least three hours of their personal time in public service each year. According to the report, Alibaba employees in the past year accumulated about 270,000 hours in volunteer services, which included 75 hours by Ma himself.

Employees are free to engage in the social cause of their choice. People have spent their time picking up garbage at popular tourist sites, cleaning kennels at local animal shelters and offering free tutoring to disadvantaged students and more.

One of the employees, Peter Stern, who works out of the San Francisco office as a vice president on the investment team, is a frequent volunteer at the nearby San Quentin State Prison. As a volunteer of The Last Mile, a prison education program, Stern teaches his students about China and various features offered on Alibaba’s online marketplaces.

Speaking at the ceremony, Stern said his experience at San Quentin has helped him to become a better father, husband and an employee.

“When you lift the underdogs, the entire society rises,” he said.