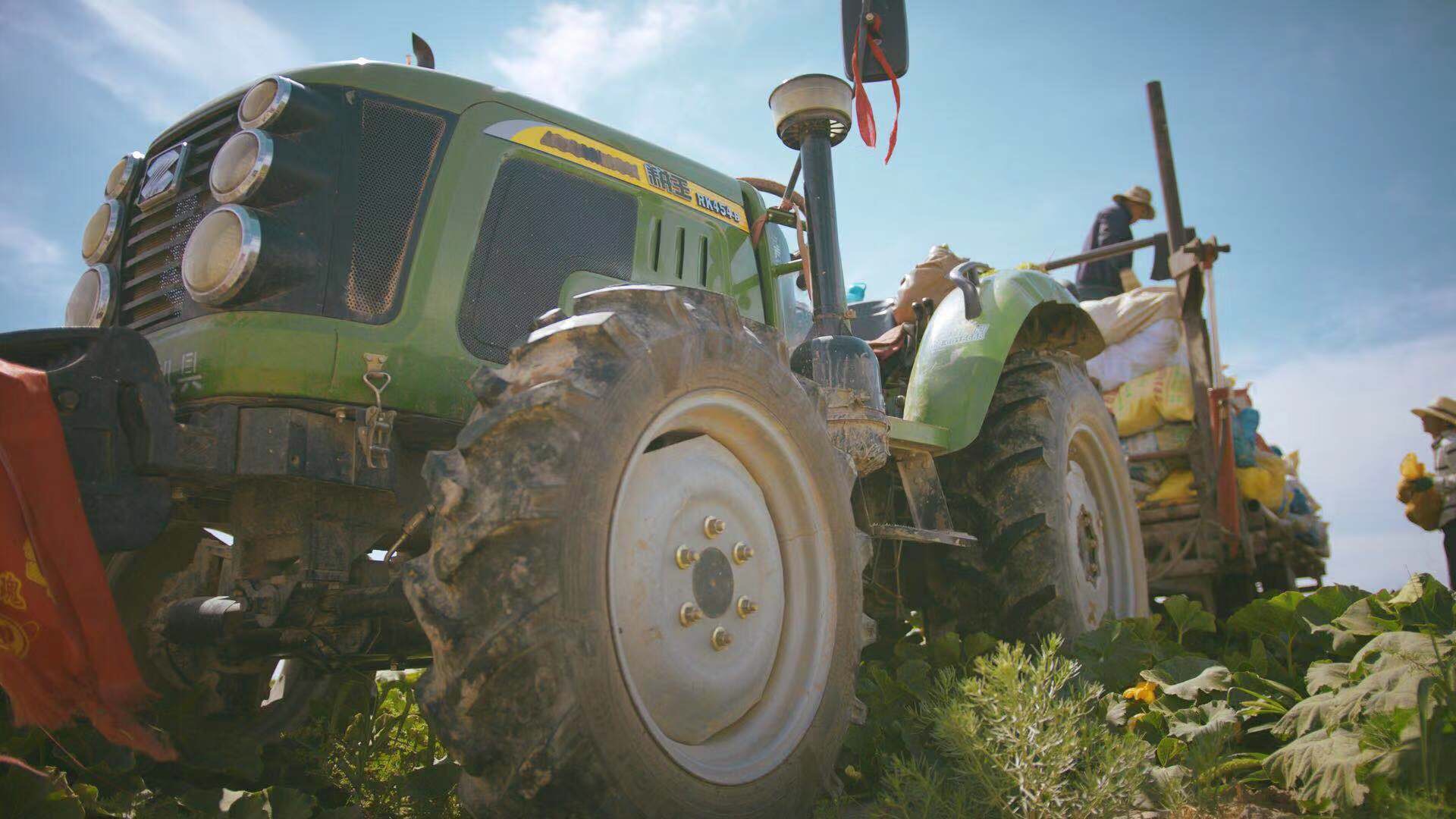 Chinese consumers already keep their homes stocked with fresh produce delivered on demand. But they don’t only want goods delivered fast, they want to get them first – so much so that they’re turning to e-commerce apps to pre-order products even ahead of harvest.

Alibaba Group’s sales and digital marketing platform, Juhuasuan, is making a renewed push into the farm-to-fridge market to meet this demand by upgrading its agricultural pre-ordering service, which first launched in 2014. Called “Jutudi,” the service allows consumers to “buy” a plot of farmland and have the crops shipped to them immediately after harvest. The produce is fresher than store-bought produce, cheaper and traceable via QR codes, according to Juhuasuan.

The new Jutudi program is an “all-encompassing, smart-farming initiative” that offers farmers expedited delivery services, consumer insights and forecasts on the highest-yielding crops to grow for their soil and climate, Juhuasuan said. Consumers can purchase some products for 30% to 50% less than the market price, while receiving deliveries in as fast as 48 hours, the platform said.

“We want to do more than launching sales campaigns at scale, to [help farmers] minimize the risk of overproduction,” said Alan Ao, general manager of marketing at Juhuasuan. “We will continue to explore this ‘harvested-to-order’ model, using data technologies to help farmers target explosive demand early on and transform agriculture supply chains.”

In two years, Juhuasuan aims to support over 1,000 farming partners via the Jutudi initiative, up from the 20 cooperatives in provinces including Heilongjiang, Henan, Gansu that have already opted in, as well as help incubate 100 agricultural brands, such as Yanshou rice or Gansu pumpkins, he said.

“Supported by the entire Alibaba ecosystem, Jutudi leverages the algorithm from Alibaba Cloud to help farmers plan their crops and harvest. Our smart logistic network, Cainiao, offers expedited delivery services to ensure freshness. Moreover, consumers can take advantage of flash sales on Juhuasuan to get the best bargains,” Liu said.

One of the latest Jutudi campaigns is offering up to 20,000 mu (3294.7 acres) of rice fields in Heilongjiang province for consumers to pre-order – two months ahead of harvest season. One of the rice farmers in Heilongjiang’s Yanshou county, for example, advertised that consumers can “adopt” eight square meters of land for each 5-kilogram purchase. Consumers can pay a deposit to lock down their order during pre-sales, from July 19 to 26, then make the full RMB 36.9 ($5.36) payment in September, ahead of the harvest and shipment. They only need to pay about half the original price, with less costs incurred from storage and redistribution.

Jutudi helps farmers determine the crop size to plant based on the pre-orders, helping them mitigate the risk of surpluses and shortages, said Yao Hongliang, who heads the Yanshou-based rice cooperative.

“Many retailers come to our planting base, for example, and say they want 10,000 tons and ask how many we have. I might tell them I planted 1,000 or several hundred tons, but they’d say our harvest volume is too small. But if I grow too much, more than I could sell, there’s a chance I would need to close my company the next year,” he said.

Receiving pre-orders gives farmers a higher degree of certainty, especially for those living in poverty, encouraging them to move towards more-premium, organic and green farming methods, Yao noted. “This can help elevate the brand image of Yanshou rice, as well as help people rise out of poverty,” he said.

“We’re able to sell for a good price that’s higher than the wholesale price, while it’s lower than the retail price [for consumers],” he said. “This benefits both the farm and the table.”

Apart from rice, Jutudi is also featuring soft-seed pomegranate orchards from Henan and red kiwifruit farms and lemon farms from Sichuan this week. Later this year, it will bring even more local specialty produce to the platform, including Jiangxi passionfruit, Henan peanuts and Beijing hawthorn berries, Juhuasuan said.