New Initiative Makes It Easy to Do Charity Anywhere 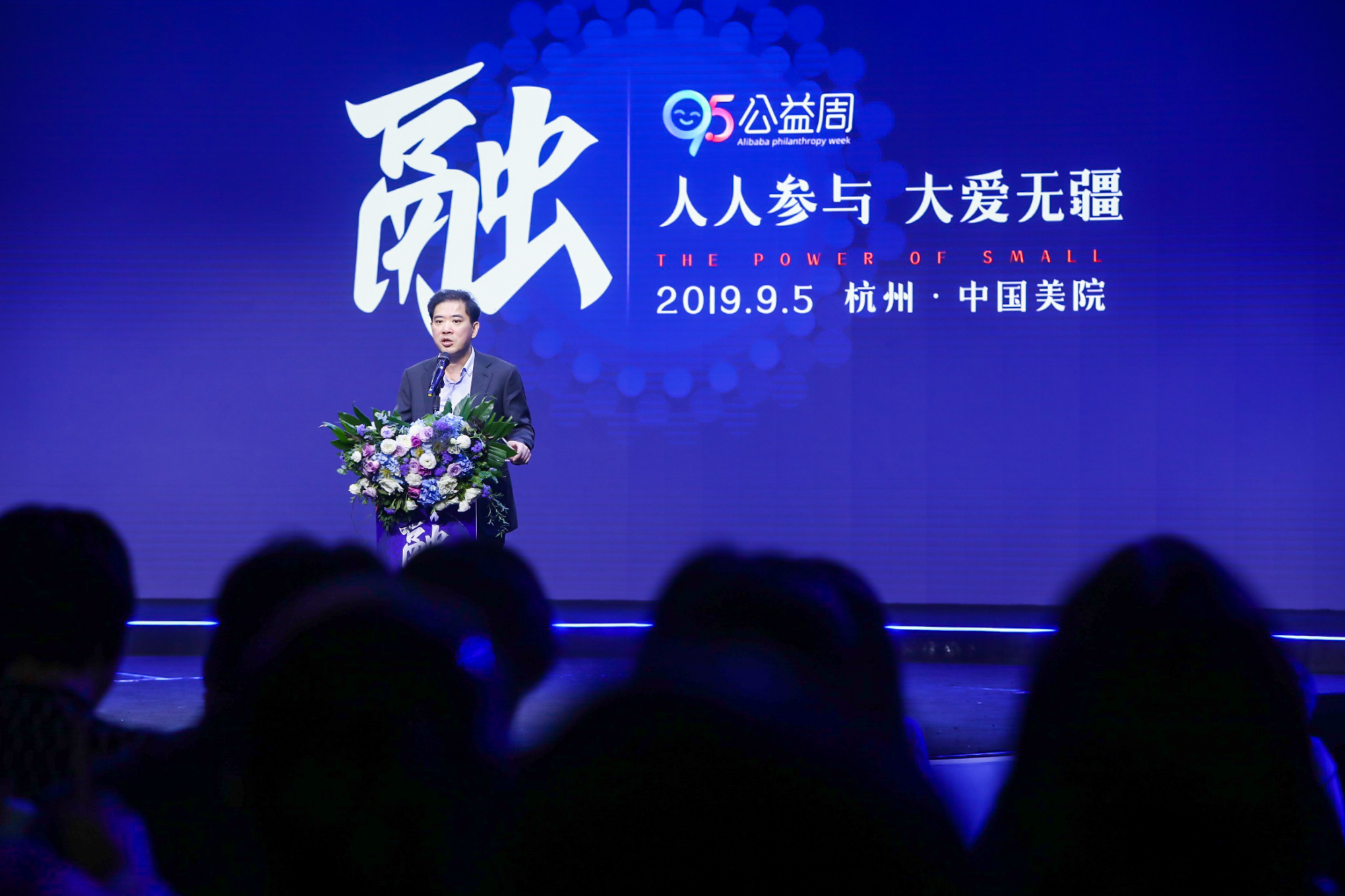 Alibaba Group kicked off its annual Philanthropy Week with a series of online and offline activities to make it easier for the e-commerce giant’s more than 700 million users to make philanthropy a part of their daily lives.

Between Sept. 1- 9, Alibaba users can log onto Taobao and Alipay to donate to charities and participate in dozens of interactive games and activities, the Hangzhou-based company said in a release. More than 500 volunteer organizations in about 130 cities across China have joined in the effort offline to organize the activities, Alibaba said.

On Thursday, the company hosted a forum in Hangzhou to discuss industry collaboration for philanthropy, with guest speakers from top Chinese technology companies such as Bytedance, Tencent and Weibo. The company also unveiled its “Charities on Chain” initiative, a blockchain-based solution to enhance trust in the philanthropy sector. The event marked the company’s latest effort to harness technology to promote social good.

On the Taobao app, users can search for “9.5 Philanthropy Week” to find a special event page with games and the charity activities that are available to volunteers. Users that participate in the charity activities can earn “energy cards” that unlock “charity funds” for donation to the charity of their choice or virtual “lucky stars” that can be used to donate books to elementary schools in poverty-stricken areas. Taobao users can also donate their steps, which would go towards building running tracks in rural schools.

Similarly, on Ailpay, users can participate in charitable activities and games such as Ant Forest. According to data released by Alipay, the total amount of donations through donation platform “Alipay Love” grew 87% year-over-year to more than RMB 600 million ($84 million) in the first six months of 2019. That represented one-third of the total donations made through 20 online donation platforms in China, according to Ministry of Civil Affairs.

Alibaba also hosted a philanthropy forum in Hangzhou in collaboration with top Chinese internet companies and charity organizations. For the first time, executives from Alibaba, Bytedance, Tencent, Weibo, Xiaomi and crowdfunding site Qingsongchou joined a roundtable discussion on how to leverage the power of technology to promote social good and boost charity participation.

“The goal of the Philanthropy Week is to build an innovative platform and create more opportunities to share ideas for social good. We want philanthropy to become a lifestyle for every member of the society,” said Shao Xiaofeng, a partner of Alibaba Group (pictured above).

Cao Zenghui, senior vice president of Alibaba-owned Sina Weibo, said participation in charitable causes among consumers is growing and so is their willingness to share those actions with peers online.

“That’s a very good phenomenon. I hope Weibo and other platforms will continue to make a greater impact in the philanthropy sector and help more people contribute to social good,” Cao said.

In collaboration with China Poverty Fund and China Youth Volunteering Service Project, Alibaba also has mobilized more than 500 charity organizations to participate in the 9.5 Philanthropy Week across more than 130 cities in China. More than 20 business units within the Alibaba ecosystem, such as New Retail-powered supermarket chain Freshippo, local-services provider Ele.me. and ticketing platform Damai, joined in such events as garbage recycling.

At the forum, Alibaba also announced “Charities on the Chain” initiative – a blockchain-based solution to improve trust and transparency in philanthropic donations.

Co-developed by Alibaba Philanthropy and Ant Financial’s blockchain team, the program deploys blockchain technology to connect donors, charitable organizations and beneficiaries, allowing users to track their donations. Donors know when and where their money is transferred and how it is spent.

Alibaba says it has opened up this platform for free to charitable organizations. It will assist those organizations without the proper technology know-how to digitize their operations and improve their efficiency. In future, the platform will be extended to other social organizations and auditing services, allowing broader monitoring of philanthropic efforts, Alibaba said.

Giving Back as Corporate Mission

Alibaba has previously said that philanthropy is at the core of its business model. In May, the company released its first philanthropy report to highlight its efforts to connects its users with ways to do good.

In the preceding 12 months, the Alibaba Philanthropy and Alipay Philanthropy platforms, together with 440 million participants across China, raised over RMB 1.27 billion ($184 million) in charitable donations, according to the report. Over 15 million people registered on the “Each Person Three Hours” platform, which listed over 3.05 million volunteer opportunities from 937 local nonprofit organizations for users who wanted to do more than give money.

“Our foremost priority is providing effective and sustainable solutions to problems faced by society,” said Sun Lijun, the head of Alibaba Foundation said at the report’s release. “Through these small acts, we hope to be a responsible stakeholder to generate positive energy, create big impact and encourage more people to participate in public service.”

Similarly, affiliate company Ant Financial’s Alipay app offers “Ant Forest,” which rewards users for inspired 500 million users to take part in low with “green energy” points. Those points can be turned in to plant a tree in China’s arid regions. As of August, 122 million trees had been planted in areas such as Gansu and Inner Mongola.