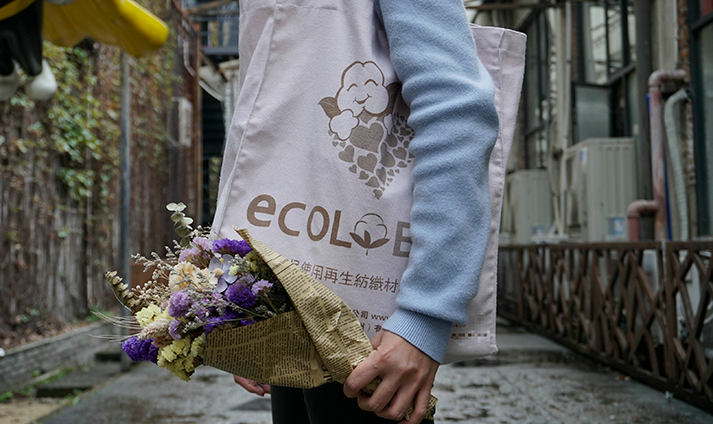 Everything old is new again. At least in China, where the popularity of shopping for pre-owned products online is on the rise. The trend is being driven by a new consumer focus on sustainability and the rise of “recommerce” super apps, which integrate all possible functions related to shopping for secondhand goods.

China has a nascent but fast-growing secondhand market. According to the China Center for Internet Economy Research, a Beijing-based research think tank, the size of that market reached RMB 500 billion (US$71.1 billion) in 2017, with the number set to double by 2020. And monthly active users on re-commerce platforms in China grew 46.4% in 2018, almost double the growth rate of the users in the overall e-commerce sector, U.S. research firm Nielson reported.

Despite those big numbers, China’s re-commerce boom is only beginning. Compared to mature recommerce markets in the West, where secondhand markets (including used cars) sometimes account for as much as 10% of total gross domestic product, China’s secondhand market was about 0.6% of total GDP in 2017, based on numbers from National Bureau of Statistics and China Center for Internet Economy Research.

Some factors unique to China are behind its potential to close the gap: One, the purchase of pre-owned items was once a taboo – because it was seen as a sign of financial struggle and was, therefore, a source of social shame. Now, it’s considered smart shopping. Secondly, improved standards of living are a recent phenomenon in China. They’re just decades old, following in line with the country’s “reform and opening” since 1979. But as the ability for Chinese consumers to accumulate more climbs with their spending power, the market for secondhand goods grows as well.

Sustainability Is the New Black

Cost-conscious shopping aside, Chinese consumers these days are increasingly focused on sustainability, and that is driving the secondhand goods market as well. A Mintel survey showed that over half of urban Chinese consumers buy or rent secondhand products because it is good for the environment. Among a trendsetting subset of that group – well-educated, sophisticated shoppers – the percentage climbs to 63% and trumps affordability as the top reason to participate in re-commerce.

Chinese millennials, in particular, are emphasizing rational consumption and sustainability in their shopping habits. According to survey data from Sootoo Institute, which researches the internet sector in China, 50% of recommerce platform users in China are under the age of 24, while 34% are between 25 and 30. Over 60% of the total 200 million users on Alibaba Group’s recommerce platform,Idle Fish(or Xianyuin Mandarin), the largest such platform in China, were born after 1990.

Perhaps it’s not surprising, then, that recommerce platforms such as Idle Fish have built-in features to encourage and reward sustainability. Idle Fish has partnered with Alibaba affiliate company Ant Financial to offer users access to its sustainability mini-program, “Ant Forest,” which is featured on Ant Financial’s mobile-payments platform Alipay. Users can redeem points awarded by Ant Forest for recycling to have trees planted by Ant Financial in China. The total recycling activity on Idle Fish last year translated into the planting of about 230,000 trees.

Recommerce in China is unique also for the way in which Chinese consumers shop for pre-owned items. Super apps, such as Taobao and Tmall, are the preferred online destinations for commerce because they offer channels for all kinds of shopping. The same goes for Idle Fish, which allows users to buy, rent, give away or even donate their unwanted things in every conceivable product category. For consumers in the U.S. to do the same, they would need to separately use the Rent the Runway, eBay, ThredUp, Goodwill and Facebook (marketplace) apps.

Then there’s the community and entertainment aspects of the recommerce shopping experience in China. While secondhand shopping in the West is typically a transaction-driven experience, in China, it’s a social one. For example, Idle Fish’s “Fish Ponds” are micro-communities within the app that group users by common hobbies, such as fishing, photography or fitness. Within each “pond,” users exchange information about their hobby and post used items for sale. Besides the pond, there’s even a separate channel for celebrities, where they sell their personal items to followers. This is particularly popular for luxury shoppers, who trust the authenticity of items owned by celebrities and aspire to follow their fashion tastes.

The Play for Brands

Brands should not overlook the opportunity to capture loyal customers in this new generation of environmentally conscious consumers in China. Some, such as Swedish fast-fashion brand H&M, are already doing just that. H&M has partnered with Idle Fish to give shoppers credit to spend on its Tmall flagship store for each bag of used clothing or textiles they give back to the brand for recycling or repurposing.

In the future, the “recycling and reward” steps will also be additional consumer engagement points that brands can leverage to increase boost loyalty. Also, we will likely see more brands open official stores on recommerce platforms, making recycling part of the usual shopping journey. The chance to shop vintage styles could increase brand loyalty. For example, brands could offer pre-owned jeans on recommerce platforms while accepting trade-ins from customers, offering another way to maintain connection beyond the initial sale of new items.