Alibaba Hosts Olympic Day Run in ‘Sports for All’ Push 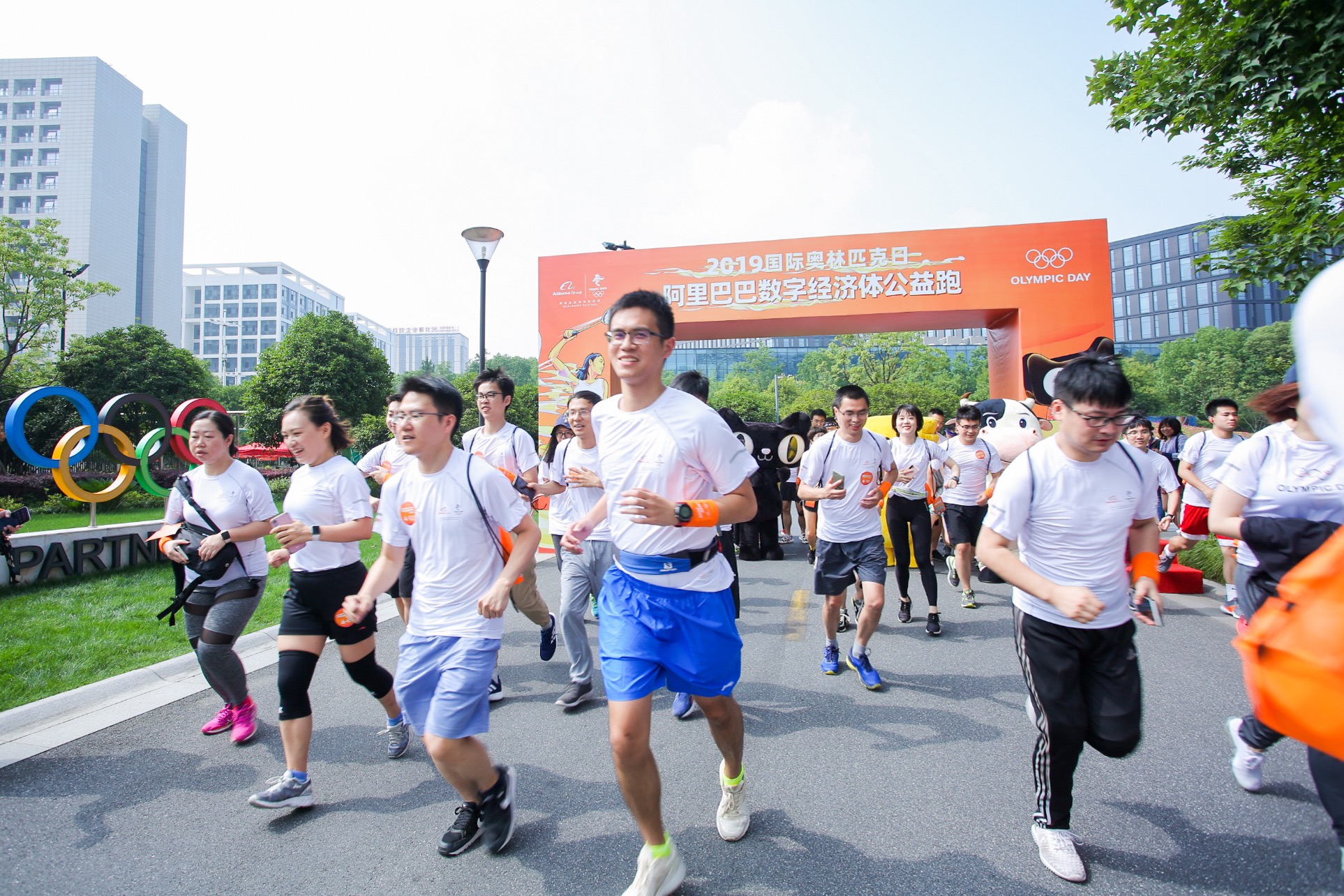 Hundreds of runners from Alibaba Group took to the streets this weekend to celebrate Olympic Day, held annually on June 23 to mark the birth of the modern Olympic Games.

To celebrate the day, National Olympic Committees and organizations around the globe, such as sports associations and schools, host events as a way of encouraging people of all ages, genders and athletic abilities to be more active in their daily lives. This was the third year that Alibaba, a worldwide sponsor of the Olympic Games, joined in the festivities.

“One of the values that shape our culture at Alibaba is to ‘work happily, live seriously.’ Aliren work hard, but the most important thing to lead happy and healthy lifestyles,” Alibaba Group CEO Daniel Zhang said at the kick-off event. “Strength and endurance is vital.”

As part of the three-day campaign, held June 21-23, Alibaba hosted a charity run that merged online and offline participation, allowing anyone with a designated step-counter app to take part. All steps recorded over the three days will help fund the construction of running tracks for schools in poverty-stricken rural areas in China, a program spearheaded by Alibaba and the China Foundation for Poverty Alleviation.

Since the “Dream Track” fundraising program was launched last June, users have donated more than 100 billion steps, which have helped complete the construction of over 22 running tracks for schools in Guizhou, Shaanxi, Hebei and Yunnan provinces, thanks to funding from over 14,000 merchants on Alibaba’s e-commerce platforms.

On Sunday, more than 64,000 people participated in charity runs that Alibaba and partnering department-store chain Intime held across the country – with up to 100,000 runners estimated to have contributed their steps to the event both online and offline, according to the e-commerce giant. Alibaba also said its staff in over 30 offices worldwide – from Southeast Asia and Australia to North America and Europe – have joined their own respective runs on the same day. Lazada, Alibaba’s flagship e-commerce platform in Southeast Asia, launched a series of employee events under the theme of “Every Small Inspiration Matters,” ranging from family runs to Zumba workshops in the Philippines, Singapore, Malaysia, Indonesia, Thailand and Vietnam.

Business units and affiliates across its ecosystem also helped spread the word about the charity run through joint marketing campaigns, as well as rolled out their own related promotions. Tmall, Alibaba’s B2C e-commerce marketplace, launched a sales campaign for athletic goods. Fliggy created a landing page dedicated to “sports travel,” highlighting everything from golf trips to Hokkaido and mountain-climbing tours in Malaysia to travel packages to watch the Wimbledon Tennis Championships in London.

Alibaba Group first partnered with the International Olympic Committee in January 2017, pledging to help transform the Olympic Games for the digital era. Alibaba will serve as the official “Cloud Services” and “E-Commerce Platform Services” partner, and a founding partner of the Olympic Channel through the LA 2028 Games.