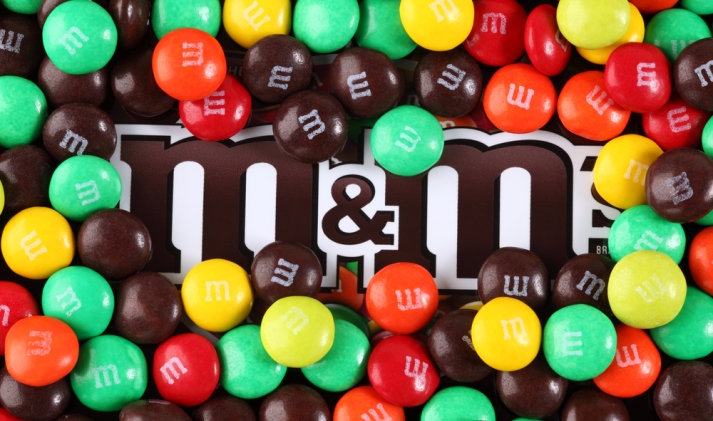 Mars Inc., best known for iconic candy such as M&M’s and Snickers bars, has become the latest global consumer-foods brand to partner with e-commerce giant Alibaba to grow its online presence in China.

In a joint announcement on Wednesday, Mars said all of its brands in China, which also include Dove chocolate and Pedigree and Royal Canin pet foods, will now be available to consumers through Alibaba’s online marketplaces Tmall.com and Rural Taobao. The McLean, Virginia-based company added that it would leverage Alibaba’s marketing and data capabilities to drive engagement with those consumers, while using Alibaba’s logistics network to extend its reach in the Chinese market.

Food and beverage giants Mondelƒìz International and Nestle struck similar agreements with Alibaba in recent months in a bid to expand their business in China. Both companies pointed to e-commerce as an important sales channel in the market given that Chinese consumers are the world’s most prolific online shoppers. And according to market intelligence firm Kantar Health, e-commerce sales of fast-moving consumer goods are growing in China, climbing 37 percent last year versus 34 percent in 2013-2014.

Wrigley China Vice President and Managing Director Cecilia Li in a statement noted the importance of e-commerce in Mars’ China strategy as well, but also emphasized the role that shoppers under 35 are playing in the country’s consumer economy.

“China’s younger generation is the new driving force of consumption,” she said, and “they rely on e-commerce.” Li called the agreement with Alibaba a “significant strategic partnership for Mars.”

Many of Mars’ products are already selling on Tmall. Wrigley opened its flagship store in 2009, and others have since followed. But the company said that in addition to now having access to all of Mars China’s products, the new tie-up will give consumers a “convenient and international ‘one-stop’ shopping experience” via Alibaba’s platforms. That includes consumers in the rural countryside, whose rising spending power has drawn the attention of companies doing business in China.

Foreign companies looking to break into China or expand their footprints there are increasingly turning to Alibaba to do so, and not just for virtual shelf space on the company’s e-commerce platforms. Alibaba offers these brands an ecosystem of related services from marketing to cloud computing to logistics in order to better target and engage consumers. That engagement has become a way for the companies to build their brands in China and, as a result, increase their sales. Companies ranging from Pfizer and Unileverto Hershey’s and Germany’sMetro Group have partnered with Alibaba to leverage these services.

“We will continue to enable the digital transformation of our partners to help them leverage our ecosystem of marketplaces and infrastructure of support for brand building, customer management, channel expansion and product innovation,” Alibaba Group Vice President Jet Jing said.