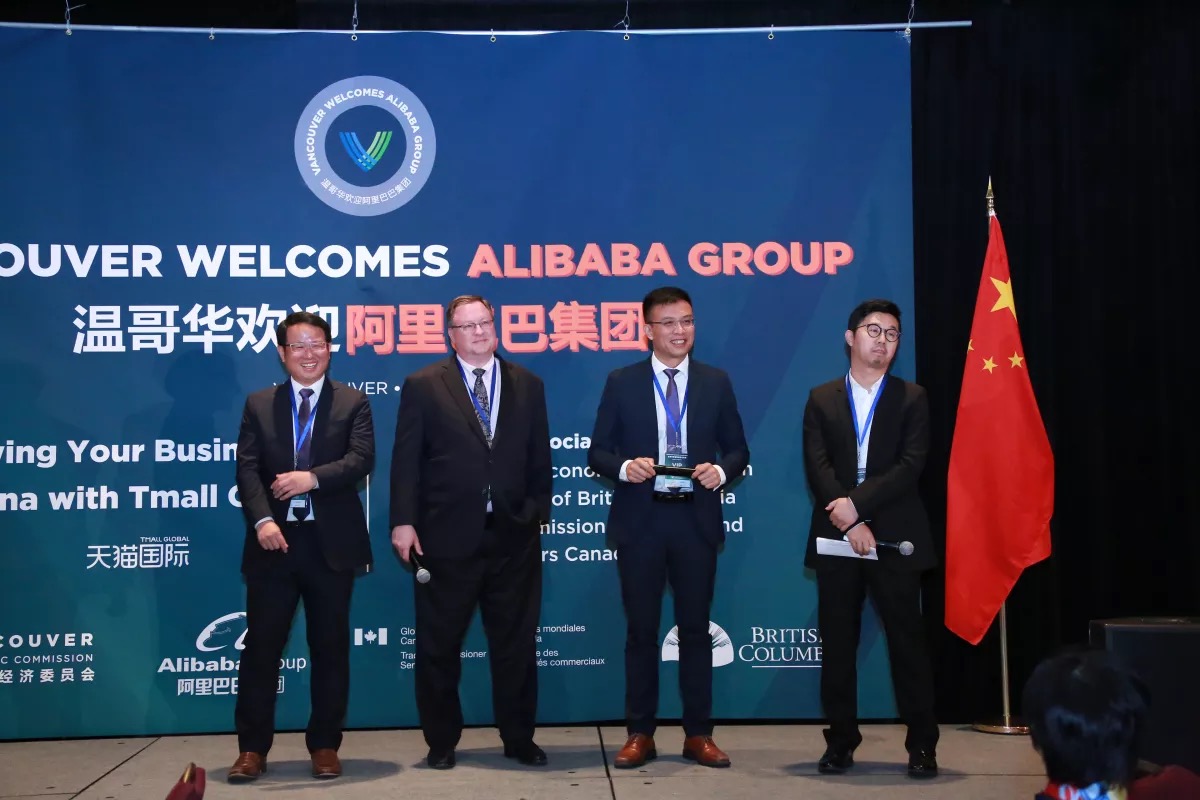 Alibaba Group on Friday concluded the Canada leg of its North American roadshow in Vancouver by hosting the last in a series of workshops aimed at helping Canadian businesses sell to China.

The all-day event, which followed two others held in Montreal and Toronto earlier in the week, positioned Tmall Global—Alibaba’s premier cross-border B2C platform—as a launching pad for Canadian merchants looking to tap a Chinese consumer market on track for $2 trillion in new consumption by 2021. It’s also one that’s hungry for foreign goods.

“Canada has an abundance of products, as well as experiences, that Chinese consumers want, including in the fresh-food and travel and tourism categories,” said Steve Wang, general manager of Alibaba Group North America.

“We want to bring high-quality Canadian products to Chinese consumers and bring the Chinese tourists to experience Canada,” Wang said.

Last year, Alibaba hosted Gateway Canada, in Toronto, to showcase the numerous channels through which the country’s merchants could reach those consumers, including multiple solutions for small businesses, larger brands, fresh food and agricultural products, as well as travel and tourism industry. Attended by over 3,000 people, the event featured keynotes from Alibaba Group founder Jack Ma and Canadian Prime Minister Justin Trudeau.

“Creating a prosperous future and good jobs for British Columbians takes a network of strategic partnerships. Today’s event marks the beginning of what I hope will be a new era of partnership with the Alibaba Group and Tmall Global,” said the Hon. Bruce Ralston, British Columbia’s Minister of Jobs, Trade and Technology.

“Alibaba is an ideal platform for any new brands to start business in China,” said Arvin Wang, director of Sinova Group. Sinova owns JustOrder, a company that helps foreign businesses get into the China market. JustOrder has been working with Tmall Global since 2016.

“It’s a powerful ecosystem in China, and can cover various demands from the brands, like branding, marketing, supply chain management,” Wang said.