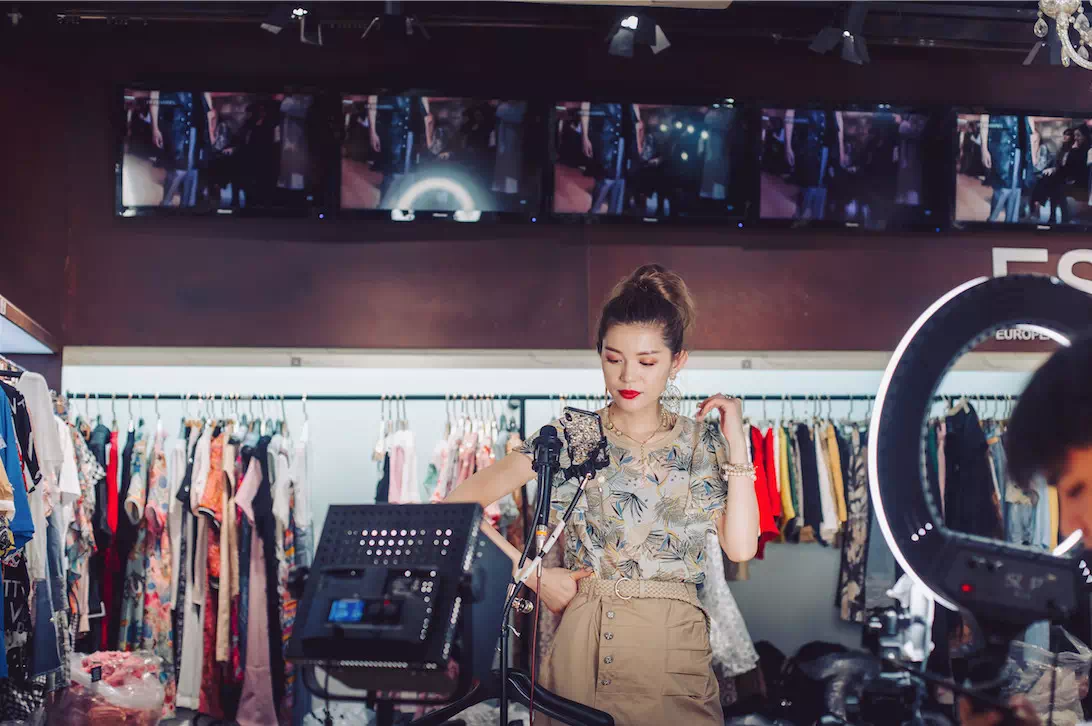 During an industry event held via livestreaming on Monday, Taobao Live announced plans to help more than 200,000 brick-and-mortar retail stores and 100 marketplaces, like the traditional wholesale markets in the Chinese city of Yiwu, make use of the platform this year.

According to Taobao Live’s latest figures, the gross merchandise volume generated by the platform grew by 150% per year for three years in a row. By the end of 2019, consumers were spending over 350,000 hours each day combined watching programs on the platform. Meanwhile, newly registered livestreaming accounts nearly doubled year-over-year in 2019.

Use of the online video platform continued to surge in recent months as brands and merchants impacted by Covid-19, including mall operator Intime and furniture retailer Easyhome, increasingly turned to livestreaming to resume operations.

“The current healthcare crisis is a wakeup call for retailers,” said Yu Feng, senior director of e-commerce content at Taobao. “It has prompted many to accelerate their digital makeovers, so that their businesses become more dynamic and resilient.”

As offline modes of operations became disrupted by the Covid-19 disease, Taobao Live offered businesses a lifeline to reach vast audiences, including the more than 800 million monthly active users that visit Alibaba’s e-commerce sites. In February, Taobao Live removed barriers and waived service fees for brick-and-mortar merchants to join its platform. As a result, the number of merchants using Taobao Live for the first time increased by 719% compared to the previous month.

Consumers can now find more products than ever through Taobao Live’s streams, said Yu. At the end of last year, the products available on the platform was double that of 2018. Some of the fastest-growing items came from traditionally offline industries, such as cars, large home appliances and books.

Auto brands have become especially active on the platform, tapping in-store employees at authorized dealerships to stream via Taobao Live. Taobao Live said it has hosted over 15,000 car-related streams to date. On March 21, a livestreamed group-buying event featured over 10,000 dealerships of 40 auto makers, including Maserati, Audi and Volvo, and offered discounts of up to 40% for some models.

From Store Clerks to Influencers

Last month, Chinese shoe retailer Red Dragonfly – which closed almost all of its 4,000 physical stores due to the coronavirus pandemic – leveraged Taobao Live among other digital technologies to move its operations online. Starting Feb. 8, the brand’s New Retail division took the lead in training all employees on how to sell products online and use digital collaboration tools, such as Alibaba’s DingTalk app.

“Our 5,000 store attendants had to stay home, but we still had to pay the factory and rents. We were looking at about RMB100 million ($14.1 million) of expenses per month,” said Qian Fan, vice chairman of Red Dragonfly. “We were backed into a corner. We had to mobilize all offline staff and pick up our phones to do business. This was not an easy thing to do for a traditional company like ours.”

On March 8, the brand broadcasted a livestream session featuring its founder Qian Jinbo that drew over 435,300 views and helped boost its flagship stores’ sales by 114% year-over-year. It also tapped about 100 shop attendants to stream to consumers during the campaign. This proved to be such a success that the brand said it plans to mobilize nearly 1,000 stores for another livestream campaign this month.

To allow even more businesses to make use of its resources, Taobao Live said that its strategy for 2020 will include training to help more than 10,000 in-store staff become effective livestream hosts.

Another focus for Taobao Live this year is to further enrich its ecosystem with more types of industries and experts. In the past months, Taobao Live users would have spotted more streams hosted by physicians as well as real estate agents, rural farmers, tour guides, chefs and museum curators.

Last year, Alibaba launched its rural livestreaming initiative, designed to cultivate livestream hosts across rural and poverty-stricken areas to sell local produce, while enabling farmers to manage their own livestream e-commerce channels. There are now over 50,000 rural livestreamers listed on Taobao Live, which has hosted over 1.2 million sessions featuring agricultural produce to date.

On Monday, Alibaba upgraded this initiative and announced the goal of incubating 200,000 farmers with the capabilities of selling products via livestreaming. It expects this to drive sales of up to RMB15 billion.

Taobao Live’s success in driving revenue for rural farmers has been especially evident during the coronavirus outbreak. In February, Alibaba launched a Rural Support Program, which offered free account registration and supply chain support to China’s farmers impacted by the health crisis, helping them promote produce from mangoes and fresh flowers to rice and fish. It helped sell 54,000 tons of unsalable produce in the first 20 days of kicking off the initiative and, as of Monday, had sold more than 150,000 tons.

Taobao Live also said it will enhance services for livestream hosts on the platform. These include personalized operations support and new digital technologies, such as 5G and AR-powered features, as well as short videos and audience analytics to help hosts better engage their followers. By the end of this year, Taobao Live aims to incubate 100,000 emerging presenters with a monthly income of over RMB10,000.

“In 2020, we will continue to help the top livestreamers grow their influence and, at the same time, enrich and broaden our presenter ecosystem,” said Alibaba’s Yu Feng. “We want to enable all of the livestream presenters on the platform to build their own careers.”