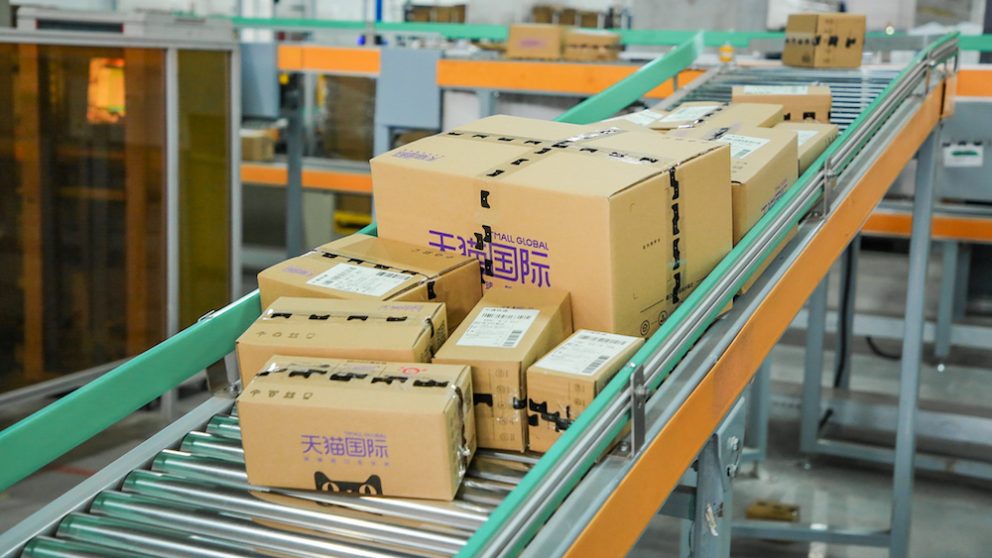 Chinese consumers purchased more than RMB100 million worth of imported goods just three minutes into the event on Tmall Global.

Alibaba Group’s 6.18 Mid-Year Shopping Festival officially came to a close this week, in what may have been the buzziest, most competitive yet in the event’s history.

This year’s 6.18 provided a jolt to consumer spending as China continues its post-coronavirus recovery. Despite heated competition with more e-commerce players joining in the celebration, Alibaba’s sales bonanza – which stretched from May 24 to June 20 – soared in popularity.

About 250,000 merchants and brands from around the globe participated in this year’s 6.18, more than double last year. They included more than 200 luxury brands like Saint Laurent and Van Cleef & Arpels. As a result, Chinese consumers were able to shop and explore 13 million products, counting 1.4 million newly launched items.

Two-thirds of businesses said Alibaba’s Tmall marketplace would be their main platform for 6.18, according to a pre-6.18 report published in June by Chinese e-commerce publication Ebrun. At the time, 40% of the surveyed brands expected half of their sales would come from Tmall.

Aside from the ramp-up in participation, what set this year’s 6.18 festival apart from previous years were more customer benefits from loyalty programs and rewards.

“Shopping festivals are not just about selling goods. They are opportunities to build our capabilities as an ecosystem, to train ourselves and improve for the better,” Tmall Vice President Yang Guang told Alizila on Tuesday.

Ahead of the campaign, Alibaba introduced a series of upgrades across its platforms to help boost brand memberships. It aimed to enhance the shopping experience for loyalty members – who tend to buy more often and spend more than non-members – as well as to attract more consumers to opt in to their programs. The company boosted the reach and visibility of brands’ membership invitations and members-only rewards across storefronts, search results, product pages and livestreams.

Alibaba introduced its premium membership program, 88VIP, which offers a slew of benefits to its most loyal Chinese consumers in China

Brands on Alibaba’s platforms added a combined total of more than 60 million new members during the shopping festival. On June 1, the first official day of sales, 25 brands saw loyalty members contribute more than RMB100 million (US$15.43 million) each in sales.

P&G, Shiseido and Clarins were among the companies that used Tmall to reward loyal fans with product samples and privileges, such as priority access to their products. Recognizing how its members liked to place orders while watching livestreaming sessions, Chinese home appliance giant Haier doled out special perks for members watching its livestreams. During 6.18, Haier’s Tmall store attracted more than 560,000 new members and became the first home appliance brand to achieve livestream sales of RMB100 million on the platform.

For brands, 6.18 is more than a sales promotion. More importantly, it is a building block that paves the way to long-term growth, said Tmall’s Yang Guang.

Yang said 6.18’s unique value for brands lies in the tools and resources available in Alibaba’s ecosystem: from solutions to connect and cultivate relationships with consumers to tools that help brands manage product lifecycles. In other words, brands can easily handle the initial product launch, daily sales operations, marketing campaigns and future product development all within Alibaba’s ecosystem.

Additionally, Alibaba offered special perks for its own loyalty-program members, known as “88VIP.” These shoppers were eligible for 5% discounts on top of select 6.18 offers. They could also redeem extra shopping vouchers and access a 24/7 personal concierge service. This year, in the first hour of the campaign, 88VIP consumers’ spending increased by 221% compared to the same period last year.

“For brands, 6.18 is a building block that paves the way to long-term growth”

For the first time, the company kicked off its 6.18 presales at 8 p.m. instead of at midnight. This gave consumers extra time to tune in to their favorite influencers and livestream hosts on Taobao Live, Alibaba’s dedicated livestreaming platform.

To improve the experience for consumers, Alibaba made it easier for consumers to find brands’ livestreams on its Taobao shopping app’s homepage, search results, content feeds and in brands’ flagship stores.

During 6.18, sales generated through merchant-led livestreams grew 100% year over year, while the number of stores that achieved RMB10 million in livestream sales doubled, including Lancôme and Estée Lauder.

Bricks-and-mortar businesses also reaped the benefits of livestreaming technology. Alibaba’s on-demand delivery platform ele.me saw a rise in livestream adoption in the beauty-services industry, including spa centers like the Shanghai-based chain Siyanli. Through a livestream session hosted by popular influencer Zhu Chenhui (who goes by the name “Cherie” online) the spa brand generated over RMB26 million in sales – more than some of its stores would make in a year, attracting 40,000 new customers.

The 6.18 festival has also become increasingly important as a sandbox for brands to pilot and fine-tune their strategies ahead of the world’s largest online annual shopping festival 11.11, in November.

For U.S. floorcare brand Bissell, 6.18 was an opportunity to understand consumer behavior and to set the stage for their 11.11 campaign. This year, the Grand Rapids, Michigan-based company worked with hundreds of influencers to livestream on Tmall for 8 hours a day. By the end of event, Bissell emerged as number one among newly joined brands in the home appliances category on Tmall Global, Alibaba’s cross-border online marketplace.

Luxury brands have also turned to livestreaming as an effective tool to engage young, savvy consumers in China. Fashion designer Diane von Furstenberg personally made an appearance in her brand’s 6.18 broadcast and showcased her spring and summer collection to more than 320,000 fans on Tmall.

Italian luxury watch brand Panerai, which joined the festival for the first time, surpassed its sales from last year’s 11.11 shortly after the event’s opening, while Vacheron Constantin sold a watch from its Patrimony collection with a hefty price tag of RMB640,000 – setting a record for the highest-value timepiece sold during 6.18.

Chinese consumers purchased more than RMB100 million worth of imported goods just three minutes into the event, per Tmall Global. The cross-border platform also beat its 6.18 record from last year, just eight hours into the event.

Tmall Global pointed to consumers’ marked appetite for imported hair products and healthy snacks. Sales of pet beauty products also increased by 109% during 6.18, while niche perfume sales surged by about 200% year over year. Despite it being Paris-based L’Artisan Parfumeur’s 6.18 debut, the company sold more than RMB3 million worth of its popular scent, Passage d’Enfer, and become the top-selling niche perfume brand on Tmall Global. Cult fragrance brand Creed also reached RMB200,000 in sales in just 10 hours.

[During this year’s 6.18 Mid-year Shopping Festival, many new and emerging consumption trends were observed on Tmall. Play around with the graphics above to discover more about the latest Chinese lifestyle consumer trends.]

Consumers embracing the great outdoors led to a rise in sales for tents and camping products. Sales of “glamping” products jumped by over 130% during 6.18 as the glamorous camping experience takes off in China. Shoppers purchased products such as vintage camping lights, portable coffee makers, barbeque gear and outdoor clothing.
More than 300,000 consumers bought fishing-related products each day on Alibaba’s platforms throughout the 6.18 campaign period. Among these fishing enthusiasts, buyers under 18 years old increased by about 190%. They join the growing group of young consumers reeled in by the popular pastime. In the past year, more than 2 million consumers born after 1995 purchased fishing gear on Tmall.

Cainiao reduced an estimated 13,000 tons of carbon emissions during 6.18, the equivalent of planting 720,000 saxaul trees. Almost half of the packages shipped out from the platform’s warehouses were packed using recycled cardboard boxes and Cainiao’s proprietary plastic-free ecofriendly packaging. To reduce waste, Cainiao also tapped algorithms to sort products into the right-sized boxes.

Alibaba has been pushing for a broader greening of its ecosystem. This 6.18, the company said the carbon emissions per order fell 18% on a daily basis compared with the event last year.

“We have been working on both the back-end infrastructure and front-end application, with a mission of making the 6.18 sales a low-carbon event and achieving carbon neutrality for our business in the near future,” said Cheng Li, Alibaba’s chief technology officer in a statement.